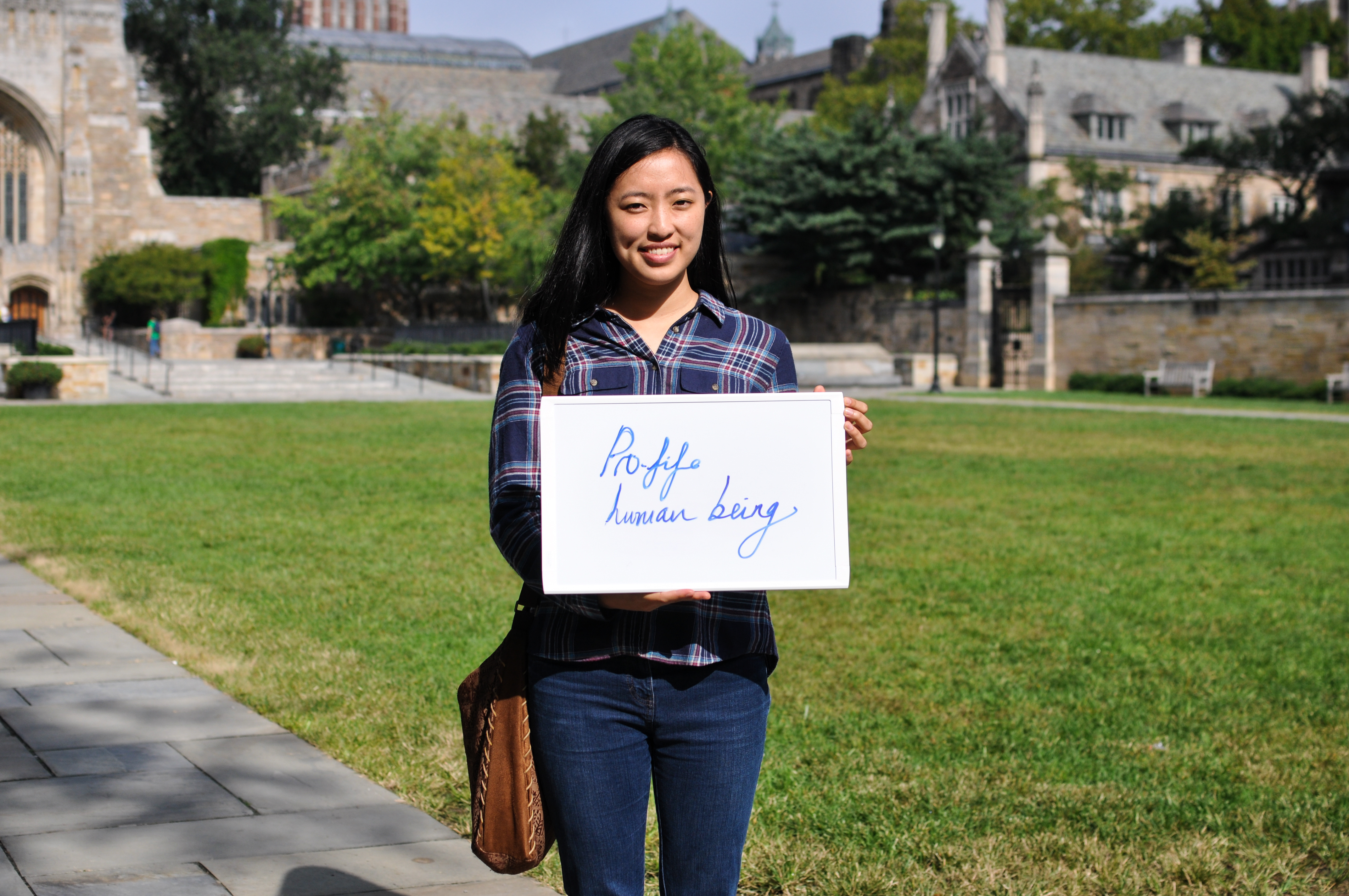 I recently spent a weekend at one of America’s most prestigious Ivy League schools. I visited Yale University to attend the Vita et Veritas Conference held by their pro-life student club Choose Life at Yale (CLAY). In their mission statement, CLAY is described as an organization that provides a forum and community for Yale students who oppose abortion. CLAY students gather weekly, plan campus outreaches, provide support for women in unplanned pregnancy situations and challenge their fellow peers with their pro-life views. Pro-life campus groups in Connecticut are few and far between, and being a vocal pro-life student at Yale isn’t easy. In 2014, CLAY was denied membership to Dwight Hall, the largest campus-based, student-run service organization in the nation. Although CLAY members were asked a year prior if they were interested in gaining membership, a last minute whisper campaign and a biased piece from a Yale student and ACLU rep in the Yale Daily News influenced a vote against them. The brave students of CLAY shared their disappointment at the rejection and kept going forward. When I attended the conference this year, I met brave, intelligent individuals with strong moral character and passionate hearts. The conference began the night of October 2nd with a dinner banquet and an engaging presentation from pro-life film producer Jason Jones. Jones, who produced well-known films Bella and Crescendo, spoke about his journey from atheist to pro-life activist. Jones’ world changed when his girlfriend’s father forced her to abort their baby. Jones didn’t realize abortion was legal at the time. When his daughter Jessica was stolen from him, he made it his life cause to take down the industry that took her from him. Jason gave the students and guests a special screening of a new movie, Voiceless. On October 3rd, a wide array of speakers were present at the event. Author Dave Sterrett gave a stirring message with highlights from his book, Abortion Aristotle. Weronika Janzuk from World Youth Alliance gave a brilliant talk on “Women’s Health in Global Perspective.” One point that stood out to me was her statement that even with increasing forms of birth control, a number of young women are still greatly in need of education regarding their female anatomy. Preventing pregnancy should begin with women understanding the way in which their bodies work.

Around 11am, there was a dynamic Interfaith Panel with Suzy Ismail from the Center for Muslim Life, Kelsey Hazzard from Secular Pro-Life, Cecily Routman from Jewish Pro-Life Foundation and Matt Bennett from the Christian Union. The event, moderated by Katie Byrnes from St. Thomas More Chapel, was a rousing discussion on the ways religion and secularism can support protecting the dignity of the preborn child. It was beautiful to see that although the speakers shared different beliefs, they could unite on the need to care for the most innocent among us. Later in the afternoon Erika Bachiochi gave a talk on “Embodied Equality. Bachiochi shared a personal story of being a pro-choice feminist, who, after spending time with poor women, was awakened to the reality that offering the poor the termination of their children was a horrible solution to their ails. The last session of the weekend was a talk, “Beyond the Pep Rally: Pro-life Careers,” moderated by Luke Foster from the Elm Institute with Pauline Go from World Youth Alliance, Matt Bowman of Alliance Defending Freedom and Alexi Sargeant from First Things. After this, we watched the short but powerful film, Crescendo. The best part of the weekend was meeting students who are truly committed to advancing the cause of life on their campus. Although the conference is over, Yale students are still taking action. Evy Behling, a member of CLAY, just released an article in the Yale Daily News called, “Fetal rights are human rights. In it, she writes: CLAY cares about abortion because we think that someone ought to speak up for those  who can’t speak for themselves. We also care about abortion because we value the lives of every person on this campus. The pro-life perspective affirms that all people have tremendous worth at every stage of life, and that everyone has the right to protection from unjust death, regardless of circumstance.

I am looking forward to joining the students of CLAY next October for another amazing event.

*All photos of pro-life students on campus were taken by Yale student Anthony Tokman.