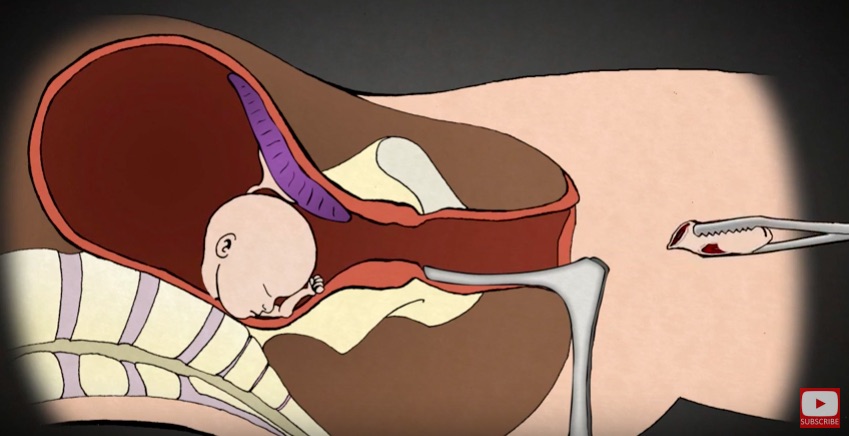 A new video released by the Center for Medical Progress shows Planned Parenthood medical directors and other abortion industry staffers describing abortion. At times, gruesome descriptions of abortions as procedures where babies have their heads removed, legs pulled off, and more are dismissed as “sensationalized.” However, it’s hard to dismiss the words of the doctors and medical directors who do the abortions themselves. Of all people, they surely know how to describe the procedures they commit on a daily basis.

UPDATE: YouTube has removed CMP’s video, but it can still be viewed here.

Here are 10 things Planned Parenthood has said about what happens during abortion:

1. “If I’m doing a procedure, and I’m seeing that I’m in fear that it’s about to come to the umbilicus (navel), I might ask for a second set of forceps to hold the body at the cervix, and pull off a leg or two.” –Ann Schutt-Aine, director of abortion services, Planned Parenthood Gulf Coast

2. “Here’s the heart. My fingers will smoosh it if I try to pick it up. The heart is right there… A lot of times I‘ll get a full torso, spine, kidneys. You could send the whole thing or pick that apart… It’s a baby.” –Savita Ginde, vice president and medical director, Planned Parenthood of the Rocky Mountains

3. “Our stories don’t really have a place in a lot of pro-choice discourse and rhetoric, right? The heads that get stuck that we can’t get out.” –Lisa Harris, medical director, Planned Parenthood Michigan 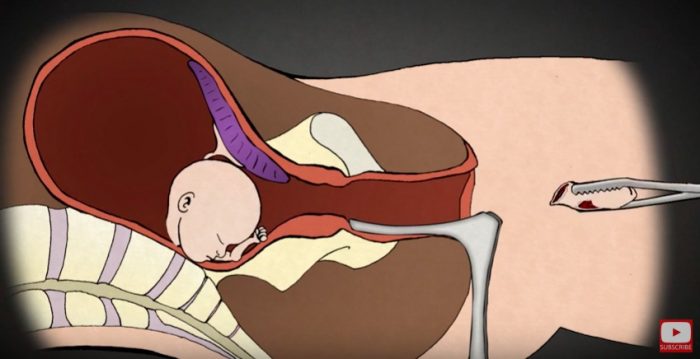 4. “The fetus is a tough little object, and taking it apart, I mean, taking it apart on day one is very difficult.” –Susan Robinson, abortionist, Planned Parenthood Mar Monte

5. “I’d say a lot of people want liver. And for that reason,most providers will do this case under ultrasound guidance, so they’ll know where they’re putting their forceps.” –Deborah Nucatola, senior director of medical services, Planned Parenthood Federation of America

6. “You go in there, and you go, ‘Am I getting the uterus, or the fetus? Oh good, fetus.’ [stabbing sound effect]” –Susan Robinson, abortionist, Planned Parenthood Mar Monte

7. “I’ll remove the extremities first – the lower extremities – and then go for the spine and sort of break it down that way… I always try to aim for a spine to bring it down.” –Amna Dermish, late-term abortionist, Planned Parenthood Greater Texas

Baby at 20 weeks, the age at which Dermish commits abortions

8. Describing the strength she needs to commit abortions: “I have to hit the gym for this. I need to hit the gym.” –DeShawn Taylor, medical director emerita, Planned Parenthood Arizona

9. “An abortion…kills the life of a baby after it has begun.” –Planned Parenthood official pamphlet, 1952

From a 1952 Planned Parenthood pamphlet

How can the country stand by while we commit these atrocities against our own children? Planned Parenthood and NAF abortionists laugh about heads getting stuck and casually discuss the dismemberment of babies, fully formed, at five and six months. Meanwhile, their public defenders in the media and their paid spokespeople claim that the group is committing no wrong, that it is a public health service. How long will we be blind to the brutal destruction of these vulnerable babies?

Federal law prohibits selling body parts, yet the new footage also reveals more haggling by Planned Parenthood executives. The searing injustice of our time is not the selling of those parts, but the fact that a ‘doctor’ can legally tear apart a fully formed baby, as long as that child remains in his mother’s womb.

To take a stand, join the effort to end the taxpayer funding of Planned Parenthood: https://www.liveaction.org/petition.