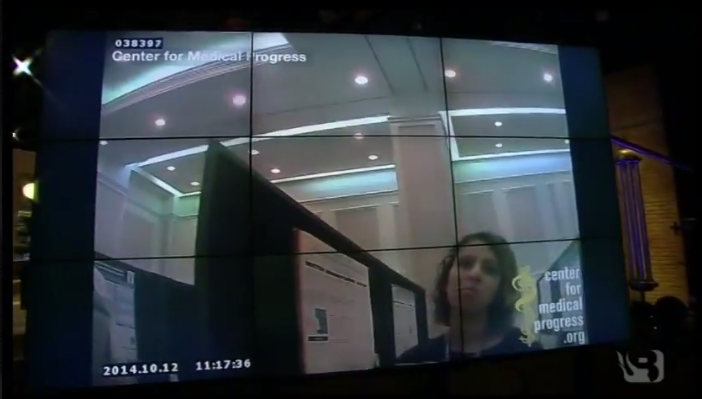 During an interview with Live Action President Lila Rose on TheBlaze TV, David Daleiden of The Center for Medical Progress released never-before-seen footage showing a Texas Planned Parenthood abortionist discussing how to manipulate the abortion procedure in order to obtain intact organs.

The tapes, released on the Glenn Beck Program, reveal Dr. Amna Dermish of Planned Parenthood Greater Texas, who does abortions up to 20 weeks, cavalierly describing how she manipulates the child into “breech” position in order to obtain more intact body parts. Dermish explains how she strives to keep the torso of the baby intact by grabbing the spine of the child during the abortion procedure and pulling the child out “in alignment.”

Dermish, who notes that she has been unable to obtain both hemispheres of fetal brain intact, jokes about the objective as something to “strive for.” She details how she manipulates the child to breech presentation, which resembles illegal partial-birth abortions.

Buyer: “If there’s a request for fetal brain, they’re always wanting both hemispheres.”

Abortionist: “Um, I haven’t been able to do that yet—”

Buyer: “Oh, to get the calvarium?”

Abortionist: “I know, right? We’ll just give you something to strive for!” [laughing]

Dermish describes how she generally ensures that the trunk, or torso, of the baby comes out intact during the abortion procedure.

Buyer: “Of those two 20-week cases last week, for example, what was the intactness of the specimen like?”

Dermish admits it is difficult to “go around” the calvarium, or the head of babies in the late-term. She describes that “20-weekers” are more difficult compared to 18-week-old children, and suggests at that point, she will to breech presentation.

Buyer: “Oh, interesting. So that’s what you can grasp.”

Abortionist: “Right, exactly. So you keep it all in alignment…”

Rose, who co-hosted the program, noted that the children being killed in Planned Parenthood abortion facilities are viable and able to survive outside the womb.

“At 21-and-a-half weeks, children have been documented as able to survive,” Rose said. “So we’re talking about some of these children as viable children, and as medicine improves and technology improves, that viability is pushed earlier and earlier.”

The never-before-seen footage is part of a two-and-a-half year investigation into Planned Parenthood’s trafficking of fetal body parts. In the 10 videos that have been released by The Center for Medical Progress, top-level Planned Parenthood executives have been caught on tape haggling over the price of aborted baby parts. The corporation’s top abortionists have been caught on tape admitting to breaking the law by selling fetal tissue, manipulating the abortion procedure, and describing how they would perform what resembles illegal partial-birth abortions.

In the wake of the undercover videos, five states have defunded Planned Parenthood, and multiple federal and state investigations into the abortion giant have been launched. The group’s over $500 million in annual taxpayer funding has been scrutinized in light of mounting evidence showing Planned Parenthood’s role in illegal and abusive practices.