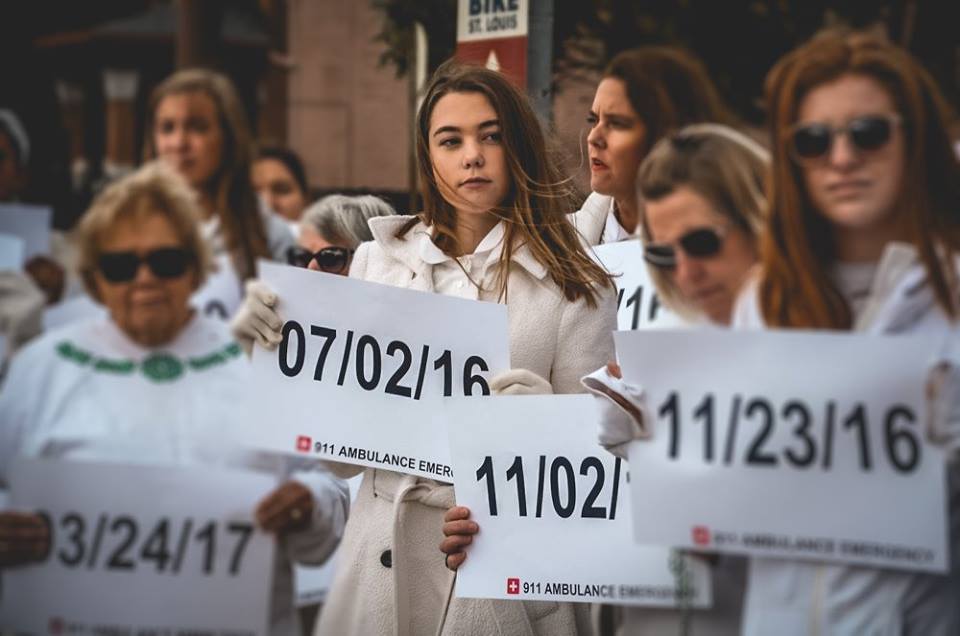 “67 women in white, representing the 67 women taken by ambulance from the St. Louis Planned Parenthood since 2009.”

Those are the words of Reagan Barklage, Western Regional Director of Students for Life of America, discussing a protest which took place this week outside Planned Parenthood of the St. Louis Region, which is a record-breaking Planned Parenthood facility — for all the wrong reasons.

For quite some time, Planned Parenthood of the St. Louis Region was also the only abortion facility operating in the state of Missouri.

A health inspection conducted at the facility on May 25, 2017, showed the following health and safety violations, among many, many others:

Stunningly, the medical director of this facility, Dr. David Eisenberg, also a nearby Washington University physician, questioned whether hand washing between glove changes “was a new standard.”

Operation Rescue obtained “five Statement of Deficiency Reports that show Missouri state inspectors have cited the Planned Parenthood abortion facility in St. Louis, Missouri, for 39 classes of violations involving 210 incidents – 53% (111) of which were related to failure to provide a safe and sanitary environment.”

A Missouri Senate review of Planned Parenthood of St. Louis found “troubling discrepancies… concerning the sale of fetal tissue” along with a “shocking indifference to women’s health, possibly constituting medical malpractice,” including “a deliberate effort to discourage women from seeking treatment at a hospital emergency room,” along with other problems: 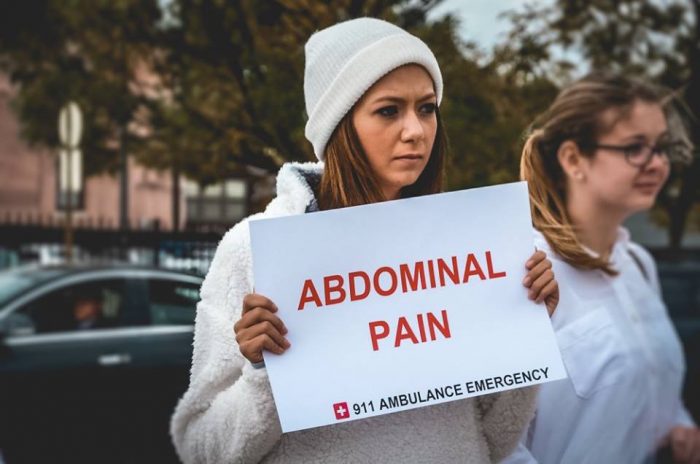 Operation Rescue had to sue the St. Louis Fire Department just to obtain the 911 records for 58 emergency calls from Planned Parenthood. OR notes the reasons for those calls:

… [H]emorrhage of a dangerous or possibly dangerous nature was the most common complication with 23 reported incidents.

Medical problems for which ambulances were dispatched to Planned Parenthood included the following:

Ambulances were also called for three incidents of serious bleeding, one of which took place in the third trimester of pregnancy, indicating that late-term abortions are being done at the St. Louis Planned Parenthood. 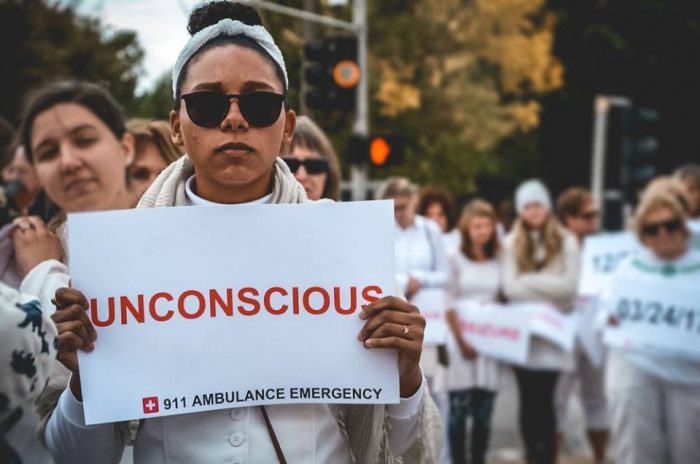 Today, the number of emergency calls is up to 67 for this single Planned Parenthood location. And this past week, the earlier mentioned group of 67 women in white, one for each ambulance call, gathered in front of Planned Parenthood of St. Louis to draw attention to this dangerous facility. They held signs featuring the dates of the ambulance calls and the reasons for those calls.