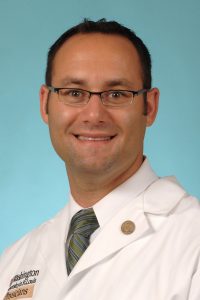 Eisenberg is an associate professor of obsetrics and gynecology at Washington University, where his areas of interest are said to include “family planning and contraceptive counseling.” The word abortion is never used, but that’s what Eisenberg is: a Planned Parenthood abortionist. And he’s evidently a dangerous one.

A new inspection report from the Missouri Department of Health and Senior Services (DHSS) shows numerous violations at the Reproductive Health Services Planned Parenthood in St. Louis from a health and safety inspection conducted on May 25. The facility was cited for failing to report abortion complications to the health department within 45 days as required by law, despite several complications occurring… including hemorrhage, infection, uterine perforation, and retained remains of aborted babies.

Other violations had to do with a lack of basic hygiene, as abortionists would do things like vaginal exams, cervical blocks, and laminaria removal, and did not wash their hands between glove changes. Other staffers were seen contaminating the sterile gloves before performing procedures, by doing things like handling their cell phones, scratching their noses, or putting their hands in their pockets, all while wearing gloves. Eisenberg, one of the facility’s abortionists and its medical director, “questioned if hand hygiene between glove changes was a new standard.”

Eisenberg, an associate professor at a well-respected university and a board-certified obstetrician-gynecologist, pretended as if he didn’t know that washing his hands was a required standard. It is, in fact, a long-running nationally recognized standard from organizations like the Centers for Disease Control and the World Health Organization. The fact that Eisenberg, the facility’s medical director, played dumb and allowed a lack of hand hygiene to be endemic at this facility means that every single woman who received a procedure of any kind at the St. Louis Planned Parenthood could be at risk of infection.

In addition to the issues with reporting complications and with hand hygiene, the facility was found to be unsanitary, having been caught improperly removing soiled medical instruments and violating infection protocol. This includes not cleaning up blood on abortion tables in a proper manner, and not maintaining a sanitary environment, free of things like rust.

None of this is entirely surprising; this Planned Parenthood facility is known to be exceptionally dangerous, having sent at least 62 patients to the hospital in under seven years. A 2016 Missouri Senate panel stated that “Planned Parenthood’s own internal files reveal a shocking callousness toward vulnerable young women who seek their services,” and that “anomalies” in Planned Parenthood’s pathology reports “raise[d] questions concerning the sale of fetal tissue.” The report also noted that “there appears to be a deliberate effort to discourage women from seeking treatment at a hospital emergency room, apparently as part of an attempt to keep any medical errors or complications within the four walls of Planned Parenthood. Based on this evidence, it would appear that greed or secrecy trumps the concern for women’s health at [Planned Parenthood of the St. Louis Region].” CEO Mary Kogut stonewalled efforts to provide state investigators with documents that would shed light on why there have been so many health and safety violations at her facility. 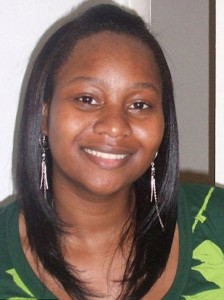 Yet despite all of this, pro-abortion activists fight stricter regulations that would prevent facilities like this one from being allowed to practice dangerous medicine, all while also claiming that they want to prevent ‘back-alley’ abortions from happening again. But is this really any better?

Reaves was killed during a botched abortion at a Chicago Planned Parenthood, where, after the abortion went wrong, staff never called 911. Reaves’ death was due to a hemorrhage after a D&E abortion.

Clark went to a Birmingham Planned Parenthood, where an unlicensed staffer said she was roughly eight weeks pregnant after an ultrasound, which the abortionist confirmed with a pelvic exam. She was given a suction aspiration abortion, and despite complaining of nausea, vomiting, and pelvic pain, Planned Parenthood didn’t bother to do a follow-up exam. 25 days later, Clark was in the hospital, where she underwent surgery to save her life. Clark had an ectopic pregnancy, which Planned Parenthood did not diagnose, and the abortion did not actually remove her preborn baby, who was still located in her fallopian tube and was roughly 13 weeks along. Doctors had to remove her ruptured fallopian tube, which still contained her baby and the placenta. In the video below, former abortionist Dr. Anthony Levatino describes a first trimester suction aspiration abortion:

Conditions in Planned Parenthood facilities are also often subpar; a Planned Parenthood in Wilmington, Delaware, came under investigation for multiple botched abortions. According to whistle-blowing staffers, none of whom are pro-life, the facility had a “meat-market style of assembly-line abortions where the abortionist refused to wear gloves, surgical instruments were reused without being cleaned and ‘bloody drainage’ remained on abortion tables between procedures, exposing women to blood-borne diseases.”

“I went in, and it was a shock. It was an absolute nightmare. It was nothing like I was used to. I worked at a hospital, so I’m used to clean, I’m used to medical equipment that’s functional, I’m used to a whole different world,” said Jayne Mitchell-Werbrich, a former nurse with the Wilmington Planned Parenthood. “There would be blood on the table, and blood, and he – he had no qualms, he was like, let’s go, let’s go!” Patients also weren’t told about their STD results, reported Melody Meanor, the facility’s former business manager. “A patient would come and request STD tests, or have symptoms. Some of the patients either had gonorrhea, chlamydia, or both, and they were not notified in the proper time frame,” Meanor said. “It was so disorganized that 200 women were never told about their STD results.”

These kinds of dangerous practices can be found throughout the abortion industry, at abortion facilities across the country. This is not what women’s health care is supposed to be; women deserve better than abortionists who refuse to practice basic hygiene, or who can’t be bothered to properly clean rooms between patients or keep their facilities clean. Abortion advocates claim that they want abortion to remain safe and legal, but what is safe about such subpar practices? The lack of care makes it appear as if the only thing the abortion industry is concerned with is legality. Everything else, including the health and safety of the women they purport to serve, is sacrificed to keep the money flowing.