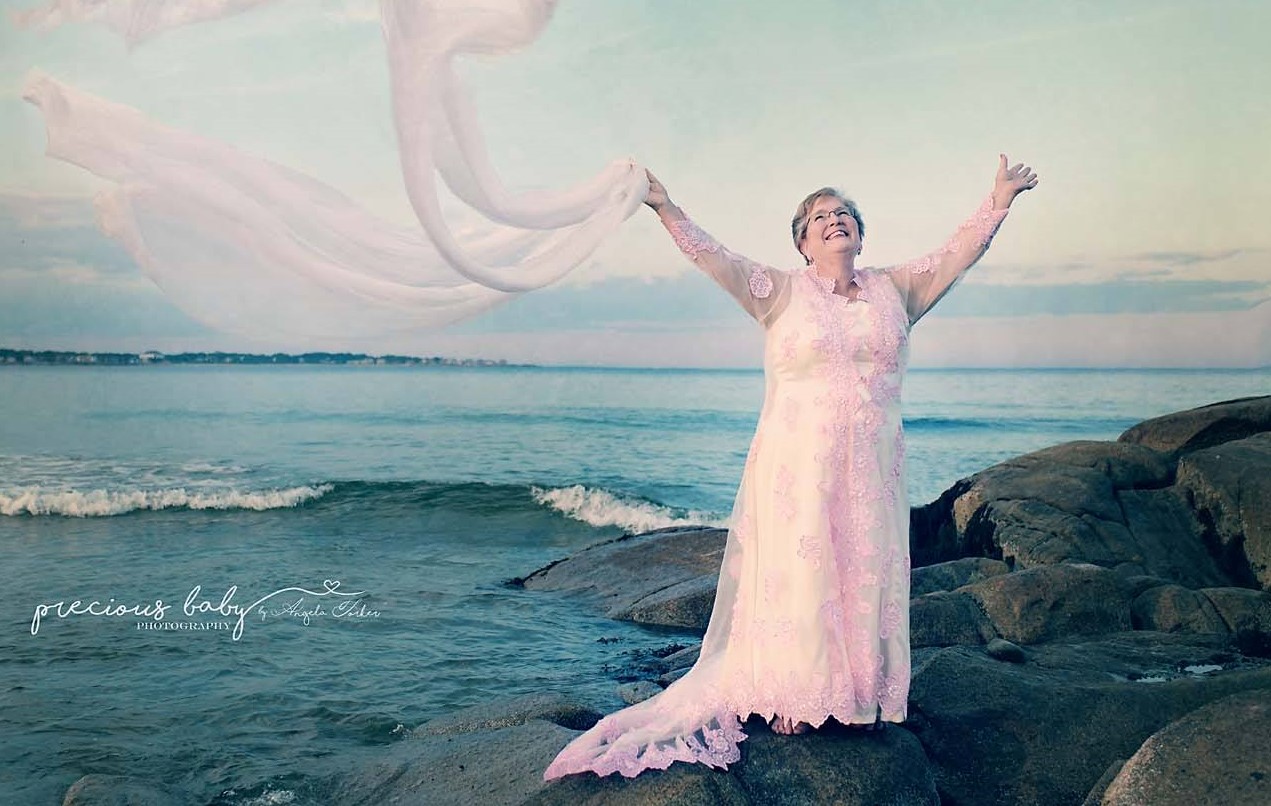 As a child, abortion survivor Paula didn’t fully understand why she was different from the other children, but she knew she was. She had a disability that caused her to have difficulty walking, and there was an obvious scar on her face. But eventually, she learned that what she thought were birth defects were actually the results of an abortion which she had survived.

In 1953, Paula’s parents were struggling after losing a baby girl the day after her birth and then having a premature baby boy. Her father was out of work and there were funeral bills, doctor bills, and hospital bills piling up. Then, just eight weeks after their son was born, they found out they were having another baby.

“The doctor would not see my mother because he was owed too much,” Paula explained in a Facebook post for the After the Abortion series by Angela Forker. “They didn’t know what to do. They decided their only option was to terminate the pregnancy.”

Like many women who undergo abortions, Paula’s mother didn’t freely “choose” to do so. Financial pressure and fear caused her and her husband to believe that abortion was the only option. This is true for countless women who walk into abortion facilities every day. All they need is someone to help them through their difficult situations, but instead, they are given abortion. 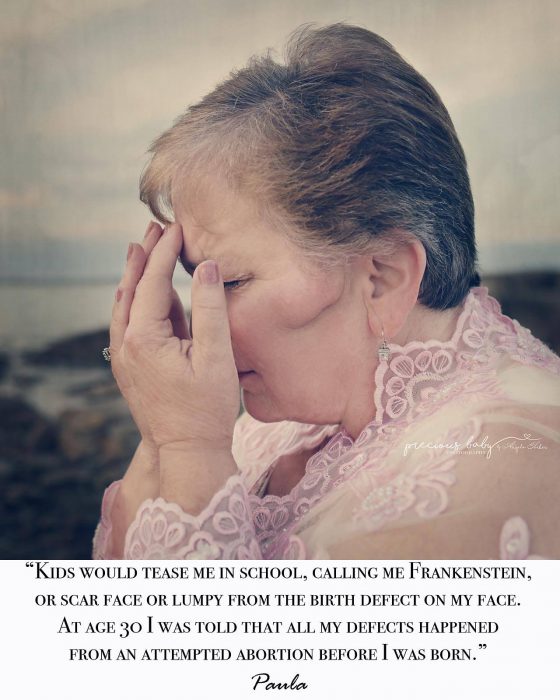 “Mom went for the abortion,” explained Paula. “All the other women going there had their procedure, with successful results and were discharged. My mom was the last to leave the clinic that day. They were closing and she couldn’t stay any longer. For whatever reason (only known by God) the child didn’t abort. They thought it would happen at home. As time went on, it was clear to my mother that there was still a baby growing inside her.”

In February 1954, Paula was born weighing just three pounds and four ounces. She was alive, but she had complications from the attempted abortion.

“My mom would tell me when I’d ask questions about my defects that my foot was laying up beside my face and neck before I was born,” said Paula. “She’d tell me every time she changed my diaper she’d cry when she had to force my left leg down in a straight position and wrap me in a receiving blanket with my left leg and pin it so my left leg would grow correctly. She said, ‘I knew it hurt you, and you’d cry, but I had to do it so you’d be able to walk.'”

From the time she was a baby until she was 13, Paula would visit what she calls “a crippled children’s hospital” to be examined. She had to wear brown corrective shoes that she thought were ugly and “not what you want to wear when you’re a little girl.”

“Kids would tease me in school, calling me Frankenstein, or scar face or lumpy from the birth defect on my face,” she recalled. “They’d tell me I was wearing my brothers’ shoes. My left knee never worked normal. I couldn’t run well, I couldn’t kneel, do stairs, or squat, so I was NOT great in gym class. I was picked last for the team because they wanted to win, of course.”

As she grew up, the children at school began to accept her and the bullying calmed down. She became involved with music and church – where she was always accepted. After getting married, she suffered four miscarriages in a row and she wondered if it had to do with her birth defects. The doctor told her she likely wasn’t going to be able to have children.

“Somebody forgot to tell God, and I’m grateful,” she said. “He had the last word. Finally, I had 4 beautiful babies (one a time).” Paula said it was after her fourth child was born that her pro-life views were cemented. 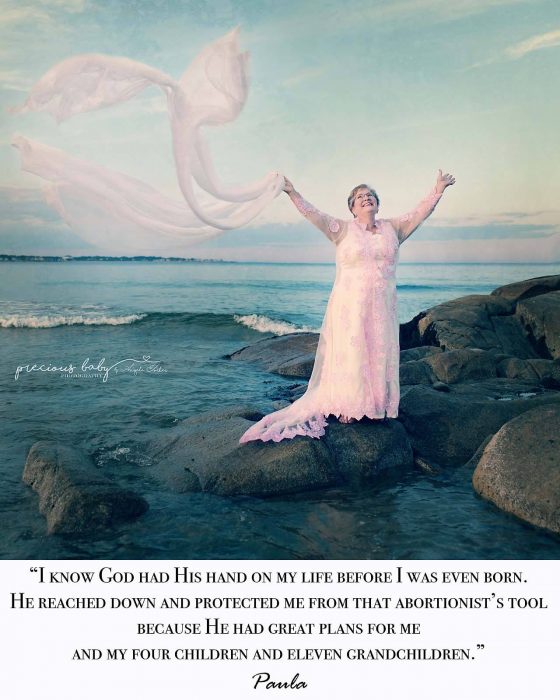 Then, at age 30, Paula learned about the failed abortion.

“It was at that moment that ‘I knew without a doubt’ that God had His hand on my life before I was even born. I’ve looked down over my life through the last 65 years and recall many times God has protected me, or used me for His glory,” she said.

Paula uses her story to help women choose life, telling them God doesn’t make mistakes. She reminds them that if she had died the day of the abortion, she wouldn’t be here to talk to them about choosing life. She says she has no ill will towards her parents or the abortionist and believes it all happened for a reason.

“[God] reached down and protected me from that abortionist’s tool because He had great plans for me,” she said.

Abortions in the 1950s were illegal, but women like Paula’s mother were being coerced into them by tough situations. The same is true for women today.

READ: Abortion survivor has dealt with complications her whole life – but they haven’t stopped her

While the methods of abortion have changed over the years, today, one method that some preborn children have survived is a D&E or “dismemberment abortion.” As explained by former abortionist Dr. Anthony Levatino in the video below, in a dismemberment abortion a preborn child has her limbs torn off and her skull crushed at an age when doctors agree these children can feel pain. Abortion survivors such as Nik Hoot and Josiah Presley are both missing limbs after surviving abortions.

Abortions are committed with one goal: to kill preborn children in the name of “choice.” Pro-life advocates know this and abortion supporters know this. Paula, Nik, and Josiah have to live with someone else’s “choice” every day.