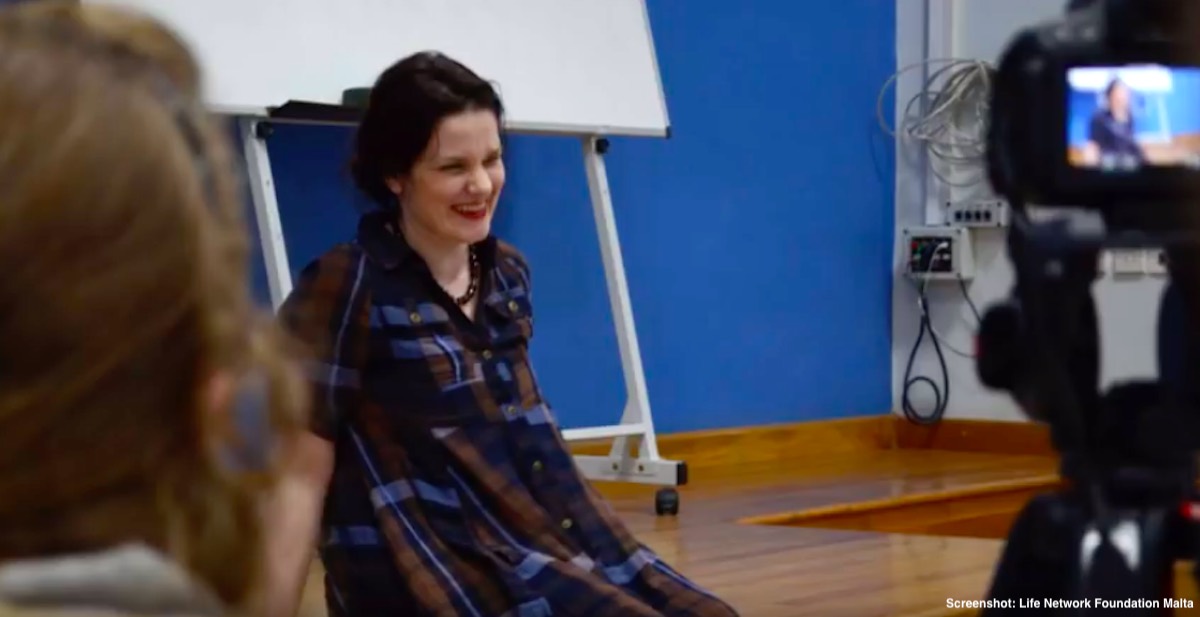 Gianna Jessen is a well-known and powerful advocate for pre-born human beings and their right to life. She spreads the pro-life message at events around the world and straight from home through social media. Her testimony, however, is uniquely vital because Jessen is also an abortion survivor whose injuries as a result of that abortion attempt have been lifelong and challenging. This week, she overcame one of those challenges in a joyful and emotional video.

“This is not the prettiest video I have ever seen in my life and I kind of want to die posting it,” she wrote. “But, it’s a big deal. today, I hopped around like a little bunny. Feeling what it felt like to jump without holding on since I was a child, I will try to jump prettier next time.”

this is not the prettiest video i have ever seen in my Life and i kind of want to die posting it. but, it’s a big deal.

today, i hopped around like a little bunny. feeling what it felt like to jump without holding on since i was a child. i will try to jump prettier next time. 😉 pic.twitter.com/aVRNssKp41

In 1977, Jessen’s birth mother went to a Planned Parenthood abortion facility where the abortionist used a saline abortion to inject the once peaceful womb where Jessen lived with poisons intended to burn her to death. Jessen was supposed to be stillborn, but instead, she was born alive. Since the abortionist was not in for the day at the time of her birth, a nurse called an ambulance which took Jessen to the hospital where she was cared for. She has cerebral palsy as a result of the saline abortion.

“I was being literally burned alive in my mother’s womb for 18 hours,” she told The Daily Signal. “I should be blind, burned, and dead. Had [the abortionist] been there, he would have ended my life with strangulation, suffocation, or leaving me to die without a thought.”

Doctors told her adoptive parents that she would never be able to do much physically – including hold up her head. She said a neonatologist once said she “experienced, in the womb, the highest level of physical and emotional trauma that is possible.”

4 surgeries. and 8 hours of very hard, not “ making it easy on me” training. with a navy veteran. every week. we worked up to that. he’s both a physical therapist AND a trainer. he’s a genius. start her now. https://t.co/Xu9Ir0PYaC

Jessen credits God for her survival against all odds, and for her new-found ability to jump. Despite being physically impaired by the abortion, she has proven doctors wrong by running two marathons on her toes for eight hours and training with a Navy medic six hours a week. She has also undergone four surgeries.

“Lord! You helped me let go of the railings down the steps today and balance,” she wrote on Twitter. “more than once. You helped me hop like a bunny and laugh. i wonder if You laughed beside me as You steadied me? thank You. i am Yours. and all my Victories are Yours.”

You helped me let go of the railings down the steps today and balance. more than once. You helped me hop like a bunny and laugh. i wonder if You laughed beside me as You steadied me?

and all my Victories are Yours.

Jessen’s latest victory of the culture of death in the United States is further proof that if given the choice, preborn children killed through abortion would choose life.