Alyssa Higgins didn’t believe pregnancy would be possible for her. During her birth, her spinal cord was injured. As a result, she has never been able to fully move on her own. She also only has one ovary. But after receiving the go-ahead from her doctor, she soon learned she was pregnant and surprised her husband with the news during a photoshoot.

“I had no idea what to say,” her husband Jimmy told Good Morning America. “I just turned around and my jaw dropped.”

“I didn’t even know if I could get pregnant with a spinal cord injury, but also because I have one ovary,” Higgins explained. “The ovary thing made it get into my head more when I thought I couldn’t get pregnant. But it was always a possible thing.”

According to GMA, after her traumatic birth in which the doctor’s use of forceps caused her injury, Higgins was unable to breathe on her own. Her parents were told that she would never talk or breathe and would be a “vegetable.” At 18 months old, she began to have movement in her fingers, and though she has never had full use of her limbs, she has proven the doctors wrong. Her parents raised her to be strong and optimistic. “My parents treated me like I didn’t even have a disability,” Higgins said.

In 2013, she met her now-husband on a dating site. She hid her wheelchair in most of her profile pictures and it wasn’t until they were on their first date that he learned about the wheelchair. He didn’t run away. “I liked her for just the conversation we had while getting to know each other,” he said. By 2017, the couple was engaged. They were married in 2019 and though they weren’t sure they could have children, they wanted to try. There is no medical reason that a woman with a spinal cord injury would not be able to get pregnant, according to GMA and the United Spinal Association, but there was some concern about whether or not she could carry a baby. 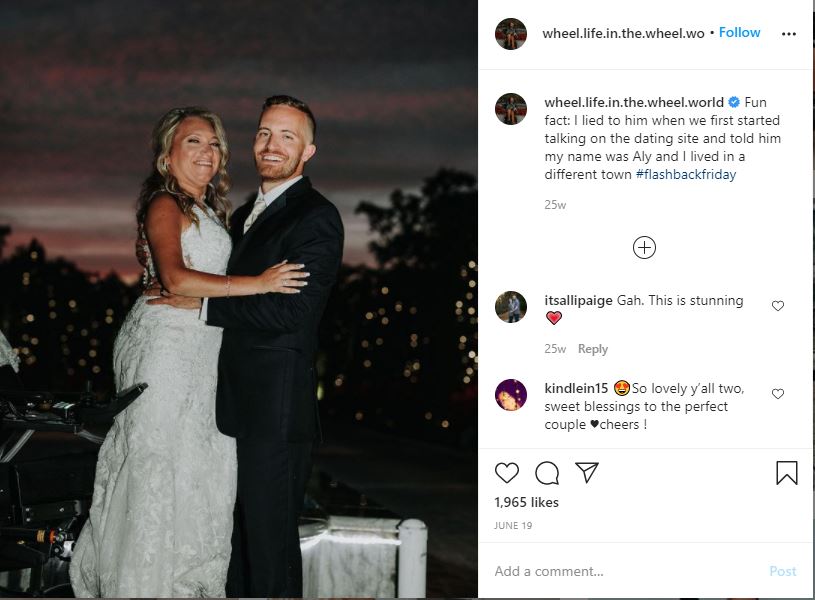 “I don’t have any fears in general,” said Higgins. “I’ve been through so much that it’s like, ‘let’s bring it.’ There was no fear, I was excited.”