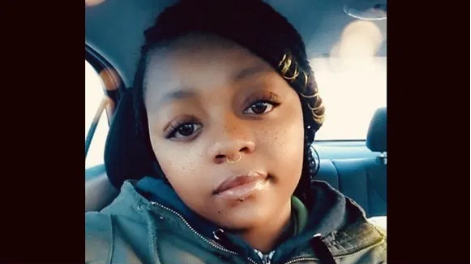 ORIGINAL ARTICLE: Details about a woman who died after undergoing a surgical abortion at Preterm, an abortion facility in Cleveland, Ohio, have been released. 26 year old Tia Archeiva Parks went to Preterm for a first trimester abortion procedure, which is usually described by abortion advocates as safe and routine. Yet for Parks, things went disastrously wrong, and tragically, the young mother died.

After being told of Parks’ death by Cleveland Right to Life, Operation Rescue obtained the autopsy report. Parks, it turned out, had a heterotopic pregnancy, a condition in which she was carrying twins, with one in her uterus and one in a fallopian tube. She also had an enlarged heart, almost twice the size of that of a typical adult female.

The abortionist did not know — or care — about her heart condition, and the ectopic pregnancy was likewise not detected. She underwent what is believed to have been an aspiration abortion, which is when the abortionist uses a powerful suction vacuum to forcibly remove the preborn child from the mother’s womb.

The day after her abortion, Parks was rushed to the hospital with abdominal pain and intense sweating. After being admitted, doctors tried to treat her, but just a few hours later, she died. The autopsy report revealed that free fluid in Parks’ abdomen was from hemorrhaging after her left fallopian tube ruptured.

“It was reckless for Preterm to conduct Parks’ abortion in their outpatient clinic – especially since they are so prone to inflicting life-threatening injuries on women during abortions. We have documented over two dozen medical emergencies there, and we know that is just a fraction of women who have been hospitalized after abortions at that facility,” Troy Newman, president of Operation Rescue, said. “Ms. Parks had several health issues that made her a high risk patient who should have been referred for proper medical care in a hospital setting where her tubal pregnancy may have been detected. That may have spared her life and the life of her baby in the womb.”

Preterm is notorious for botching abortions. Earlier this year, a patient hemorrhaged after a second trimester abortion; in 2018, another patient was kicked out onto the street by facility staffers, even though she was hemorrhaging. The woman had to call 911 for herself, explaining that they kicked her out, despite her dangerous condition — bleeding through her clothing — because they wanted to go home. There had previously been two other botched abortions at Preterm in 2018. Two patients were also injured in 2015, one of them a 15-year-old girl who, like Parks, had heart issues.

Sadly, Parks is not the only woman who has been killed at Preterm. In 2014, Lakisha Wilson died due to shocking negligence. Wilson hemorrhaged after her abortion, which led to cardiac arrest; she allegedly suffered fatal brain damage before a Preterm staffer bothered to call 911.

Abortion is dangerous. Not only does a human being die, every single time, but it’s dangerous for the women who undergo them as well. Abortion facilities often don’t meet the same standards as ambulatory surgical centers, meaning women are at much greater risk if something ever does go wrong — yet abortion supporters refuse to put the well-being of women first by demanding better regulations. Women deserve better. They deserve more than this kind of violence and pain.