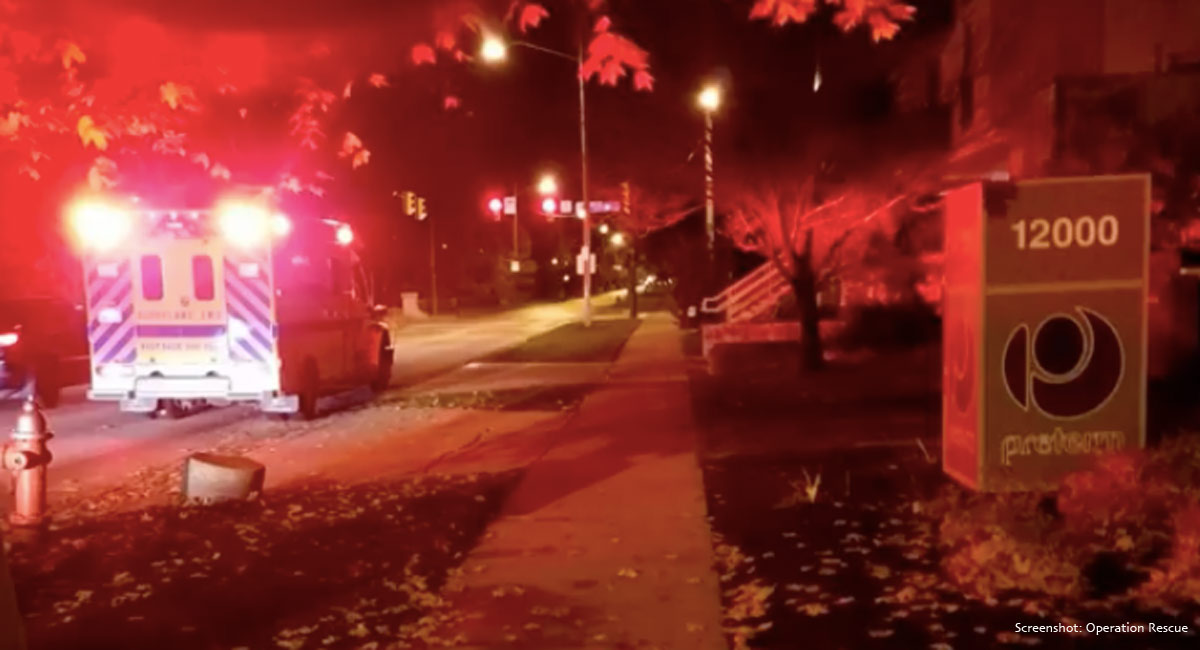 A 911 call obtained by Operation Rescue details the inhumane treatment of a woman by a Cleveland abortion facility after her abortion was complete. The 25-year-old woman was still hemorrhaging after an abortion when the Preterm abortion facility kicked her out, forcing her to call 911 for herself from the street. Preterm has a history of injuring and even killing women.

“I’m outside Preterm and I’m bleeding heavy,” the woman can be heard telling the 911 dispatcher. “Like they just – they just left me bleeding like this.”

The 911 dispatcher asks what the room number is, and the woman has to again state that she is outside of the clinic. She says that “everybody was just ready to go. They’re ready to lock up.” She had the abortion at two in the afternoon on November 9, 2018, and by 5:50 that evening, the abortion staff wanted to head home.

As she speaks to the dispatcher it is obvious that her breathing is labored. She states that she is bleeding through her clothing, but the staff at the abortion facility couldn’t have cared less for her wellbeing. They literally put her on the street once they got her money despite the fact that she was hemorrhaging. This is a violation of patient care standards. Before being released, the patient must be stable.

After the ambulance arrived, the woman was taken to Metro Hospital for treatment.

“This is exactly how women die,” said Troy Newman, President of Operation Rescue. “This woman was fortunate that she was able to get help on her own.”

In March of 2014, 22-year-old Lakisha Wilson went to Preterm Clinic for an abortion at five months pregnant, but, like her baby, she did not survive. She stopped breathing and went into cardiac arrest, yet 911 was not called for thirty minutes. Emergency responders were unable to save her after problems with the facility’s undersized elevator slowed them down. (The abortion industry fights regulations like facility upgrades to elevators and hallways to accommodate gurneys, even though they would make facilities safer for women.)

A year later, in March and April of 2015, Preterm Clinic injured two patients, including a 15-year-old who suffered from heart issues — her heart rate was up to 123 beats per minute — following her abortion, despite having no history of heart disease. The other patient was a 35-year-old woman who had to be transferred due to heavy bleeding.

In 2018, Preterm injured another woman who was having an abortion at 13 weeks. Her injuries were so bad that the bleeding could not be stopped. She was taken by ambulance to a hospital. A week later, another woman was transferred to a hospital from Preterm.

Women have a right to know about Preterm’s treatment of this woman and those that have come before her.