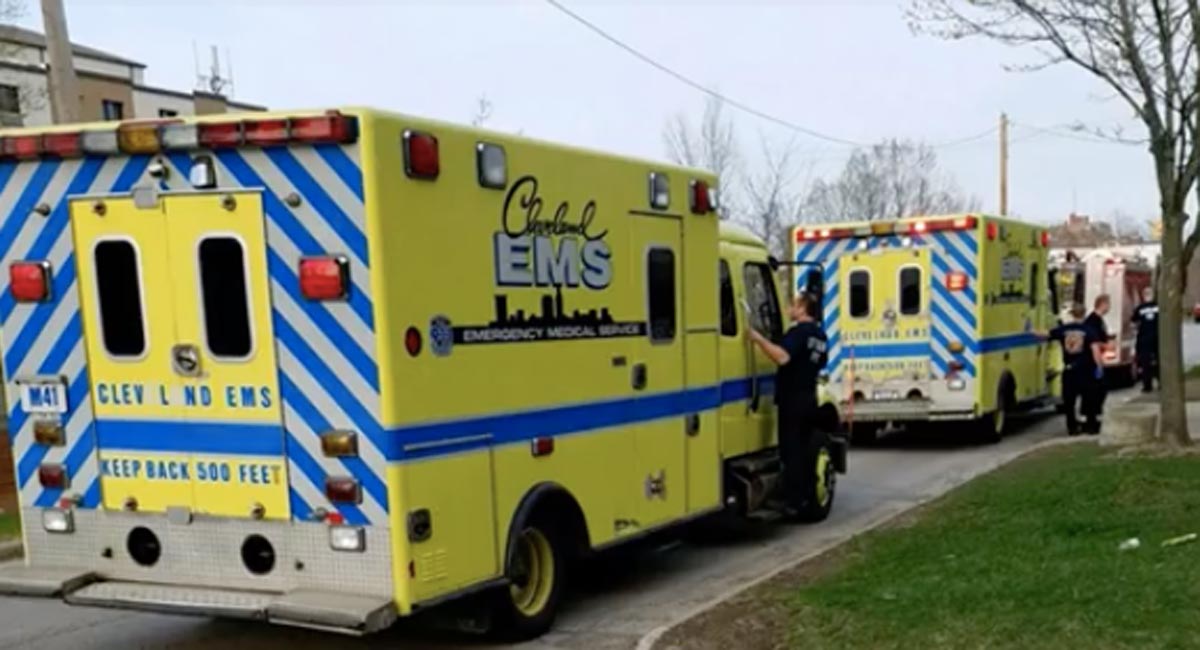 An abortion facility with a gruesome past has injured another patient, and due to a defective elevator and a lack of candor from staff, EMTs were inexcusably delayed in getting the woman the critical care she needed.

Preterm Abortion Clinic in Cleveland, Ohio, called 911 after a 20-year-old woman underwent an abortion on October 15. Staff believed the abortionist may have perforated her uterus. But it is clear from the audio obtained by Operation Rescue that from the beginning, staffers were less than forthcoming about the woman’s status. The staffer on the call acknowledged that the patient was on the third floor, where the easiest way to get a gurney to her would have been the elevator. But the staffer did not immediately inform emergency personnel that the elevator was broken.

Then, when the dispatcher asked what the emergency was, the staffer stated, “She’s stable. We just want to rule out a perforation,” adding, “We’re concerned that there is a perf.” The staffer denied that the patient was bleeding but didn’t give any information on what made the facility’s staff suspect a perforated uterus, giving EMTs no clue what to expect when they arrived.

“Abortion facilities usually only call an ambulance if it is absolutely necessary to make it appear their facilities are safer than they actually are,” said Troy Newman, President of Operation Rescue. “If the woman was ‘fine,’ they wouldn’t be calling an ambulance.”

Finally, over two minutes into the call, the staffer warned the dispatcher that their elevator didn’t work. The dispatcher still tried to get more information, asking several more times why they suspected a perforated uterus. The staffer then claimed they needed to make sure the abortion had been completed.

“They were obviously trying to hide something,” Newman said. “It is likely that the woman was injured worse than she was letting on.”

From there, the situation only got worse. Fred Sokol, a pro-life activist present at the time, pointed out that Preterm has a large concrete pillar protruding into the driveway, which the ambulance struck, causing damage. A second ambulance then had to be dispatched instead, wasting even more time. Finally, paramedics were able to begin their rescue of the patient but had to use a collapsible wheelchair, as well as a gurney. Because of the non-working elevator, the paramedics likely had to carry the wheelchair up three flights of stairs, and then carry the injured patient back down three flights of stairs before moving her safely to a gurney on the ground floor. For someone in a serious emergency, this extra time could have meant the difference between life and death.

The elevator is believed to have been broken since 2012, and this is not the first medical emergency at Preterm. One of the most horrifying injuries involved a woman who was heavily bleeding, soaking through her clothes, and suffering from labored breathing — but was kicked out by Preterm staff, who evidently wanted to go home for the day.

Worst of all, however, is the death of Lakisha Wilson, a Preterm patient who stopped breathing and went into cardiac arrest. Despite the emergency, no one called 911 until almost 30 minutes later, and even then, emergency responders could not save her because the facility’s small elevator wasn’t functioning correctly, and slowed them down. When they finally did reach Wilson, she was still on the exam table with her legs in the stirrups, her pupils fixed and dilated. EMTs could not intubate Wilson, because the gurney didn’t fit into the elevator. Preterm staffers had taken out her IV and failed to give her adequate oxygen.

According to Operation Rescue, this is the third known call for emergency care at Preterm this year, and the 22nd known emergency since 2012. “As we have done since Lakisha Wilson died, Operation Rescue been calling for the closure of Preterm but our pleas for the Department of Health to do its duty to protect the public have fallen on deaf ears,” Newman said. “It’s time to put aside the political bias that has protected Preterm, and instead, protect women and their babies from the harm routinely caused by this dangerous abortion facility.”