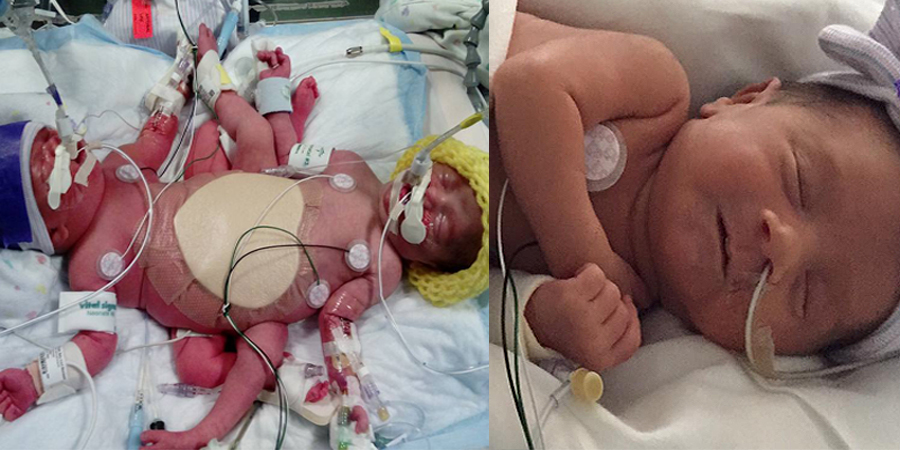 A couple in Texas welcomed three baby girls this month— identical triplets— a one in a million occurrence.

Catalina, Ximena, and Scarlett were born at 34 weeks gestation via C-section. The babies are doing well, although Scarlett and Ximena are conjoined at the pelvis – a one in 50 million occurrence.  Their parents, Silvia Hernandez and Raul Torres, also have a two-year-old son. The parents were expecting twins, and were shocked to learn in April that they were actually having triplets.

Torres told Kiii TV News, “We’re going to love them no matter how they look and how they come out.” The girls were each born weighing 4 pounds, 11 ounces. Their father called the triplets a gift from God, saying God chose him and his wife to be their parents for a reason. The parents vow to take care of this “big blessing.”

While Scarlett had difficulty breathing and was placed on oxygen, she has improved. Scarlett and Ximena will need to do a bit of growing before they can be separated, which doctors hope will happen when the girls are six months old.

The family set up a Facebook page to update friends and relatives on the triplets.