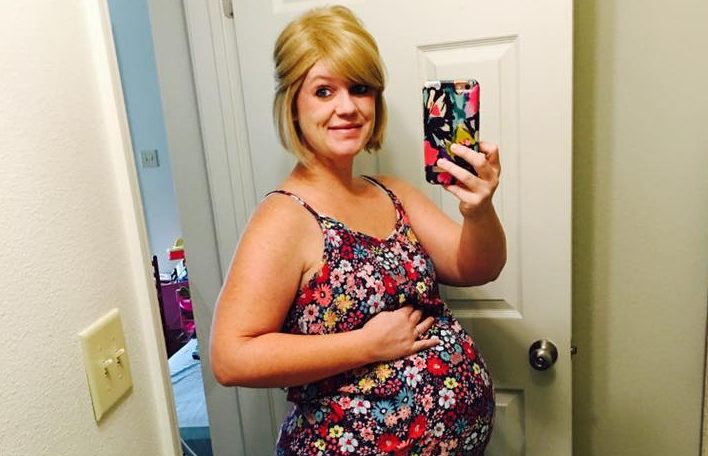 When Kayla Gaytan called her husband Sergeant Charles Gaytan to tell him that she was pregnant, neither one of the could have been more excited. Gaytan had just beaten Hodgkin’s Lymphoma and had endured five months of chemotherapy. It had only been a month since completing chemotherapy and doctors told her that the chances of having more children were slim.

The newlyweds were already parents to Ethan and Harper, and after beating cancer, another baby was a miracle they hadn’t been expecting. Then, they were handed a second, third, and fourth miracle: they had naturally conceived quadruplets. While a pregnancy of multiples comes with a lot of risks, this pregnancy had no major complications.

“My original goal to make was 34 weeks because I figured if I could beat cancer, surely I could make it to 34 weeks with quads,” Kayla Gaytan told News 2 in Fort Campbell.

However, before she could make it to her goal, Kayla Gaytan noticed symptoms of her cancer beginning to return. A biopsy confirmed her fears. The couple was devastated.

“She’d worked really hard to [fight] it the first time, and to come back and have to go through it all again, it breaks my heart,” said her husband.

Shortly after the diagnosis, Charles Gaytan reached out for support on the family’s Go Fund Me page, saying, “With a heavy heart, we along with our medical team decided to deliver the babies by C Section at 30 weeks. As Kayla needs to begin treatment right away.”

On December 30 doctors safely delivered the couple’s four babies. Lillian, Victoria, Michael, and Charles were all healthy, with the smallest weighing just two pounds, eight ounces. They children will need to spend over a month in the neonatal intensive care unit.

“It was exciting. It was nerve-wracking,” said Kayla Gaytan. “But to see them when they all came out and to hear them crying, that was really exciting.”

In about a week, Kayla Gaytan will begin another round of chemotherapy. She has a 50/50 chance of surviving for five years.

“We know that (God has) got to have a different plan up there for us, and surely everything’s going to work out in the end,” Kayla Gaytan said.