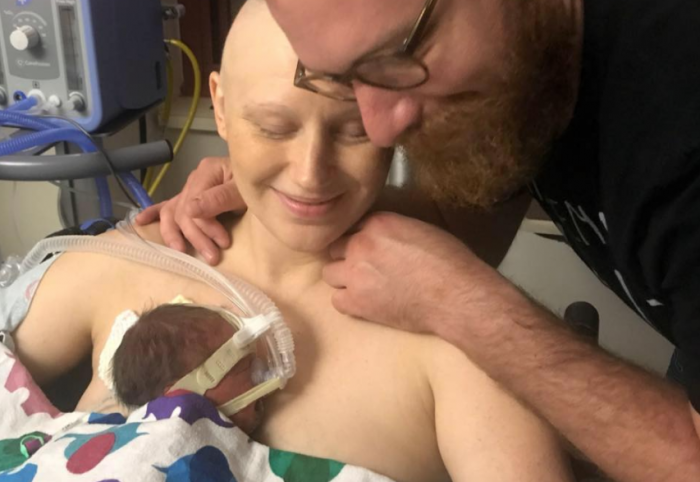 Shortly after ringing in the the new year, 31-year-old Melissa Gormley discovered she was pregnant. She and her boyfriend Dave Good were both surprised by the news, but shock soon gave way to excitement as they prepared to welcome their baby. Unfortunately, the pregnancy was just the first bit of shock the couple would receive, as Gormley soon learned she had cancer. 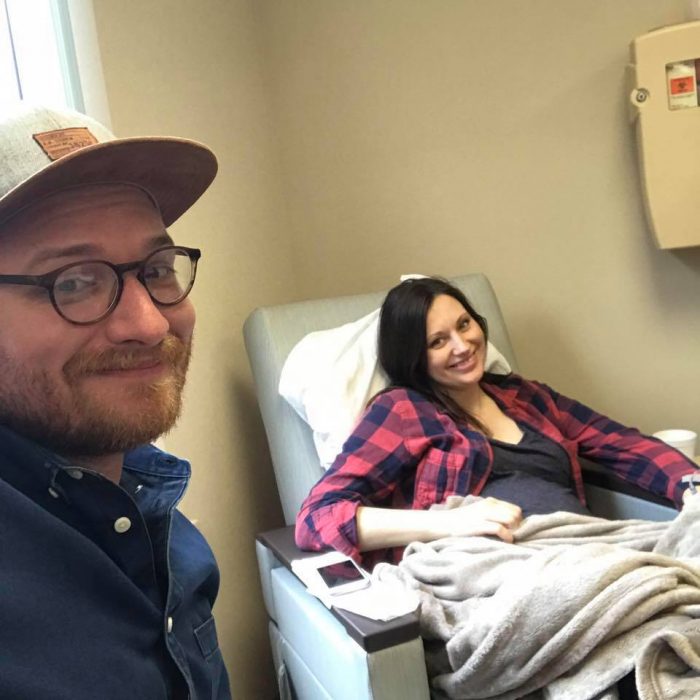 After experiencing some bleeding at 14 weeks gestation, they learned they were having a girl when Gormley headed back to the doctor. After eventually having a biopsy done, the doctor informed her she had cervical cancer.

“We were so excited and were finally over the shock of ‘we’re pregnant,’” Good told the Daily Local News. “We were finally starting to be like, ‘this is awesome, we’re going to be able to start our life together’ and then we get this news and we wondered, what does that mean for our new life? Did it mean it couldn’t happen anymore? Can we still have the baby? Is Melissa going to be OK? That was hard for me because it put a halt on everything.”

Gormley was given the option to abort her baby, since she was mid-pregnancy and her health and life were at risk. But as far as Gormley was concerned, that idea wasn’t even on the table.

“Ending the pregnancy was not an option for me,” Gormley said. “I knew that right from the beginning. Even if they were like ‘we can’t do anything for you,’ I would’ve waited. I was really just concerned for her.”

Doctors offered Gormley chemotherapy, a cancer treatment historically considered unsafe – if not impossible – during pregnancy, which research now indicates is safe. The plan was to have three rounds of chemo, then check to see if the tumor was reduced, and if it was, to have a fourth round of chemo; if it wasn’t, then the plan was to deliver the baby via C-section and surgically remove the tumor. While Gormley’s cancer has been classified as stage one, doctors didn’t know for sure just what the extent of the cancer was, and no one was sure if she would be able to have more children. Doctors even wondered if  the pregnancy was what made the symptoms show up. Gormley wonders what would have happened to her if she hadn’t been pregnant. Would the cancer have been caught so early? No matter the risk to her own health and life, Gormley put her child first. 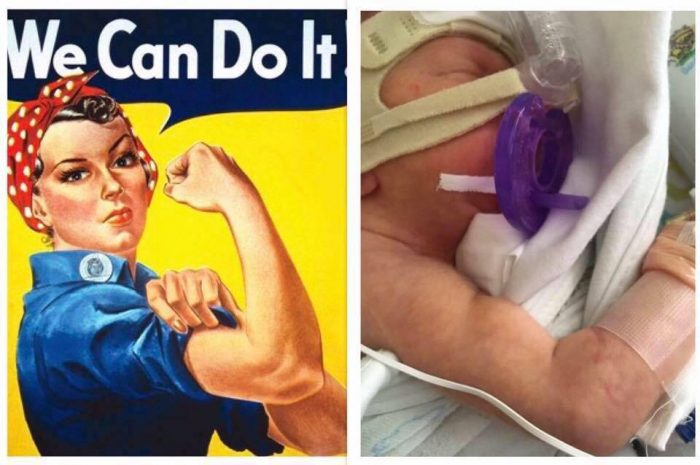 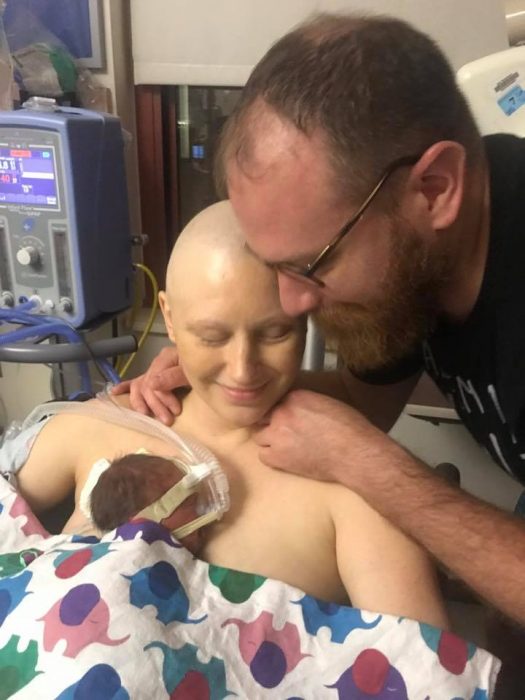 “There are definitely times where I break down crying,” Gormley said. “It’s scary thinking about all the what ifs. Like, what if it doesn’t work? What if something happens during delivery? All of those thoughts go through your head. She’s moving a lot now, so every time we have that I just think, we’re doing all this so she’s healthy, so I’m healthy, so I can be there for her. That kind of helps me get through it.”

“If we’re feeling sad about something, we’re like, ‘do you want to listen to the heartbeat,’ and it helps us feel better,” said Good, who uses an at-home fetal doppler. 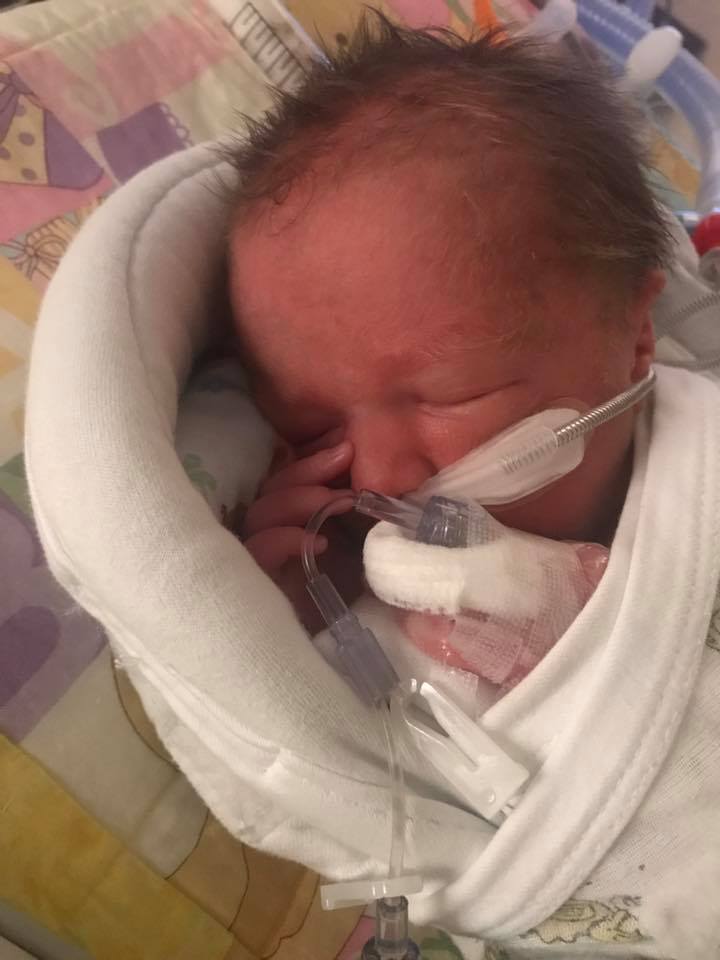 Olivia Madeline Good (or Liv Good as her father called her) was born July 24, 2017, via C-section at 33 weeks and one day gestation. Gormley had surgery immediately after.

“She came out crying for her mommy, but had to settle for meeting daddy a few minutes later,” Good wrote on Facebook. “Mommy’s surgery went well, but lasted a little longer than we expected. She’s finally out and awake, recovering in the ICU… We will post pictures of Olivia as soon as mommy gets to meet her. Thank you for all of your kind words, love, and support. We couldn’t have done this without you. We’re anxiously awaiting the good news that mommy is healthy enough to see baby!”

Two days later, on July 26, mother and daughter finally met face to face. Olivia has needed a CPAP machine to help her breathe, as well as a feeding tube for nutrition, but both are doing well considering the circumstances.

A mother chose life for the daughter who may have very well helped save hers. 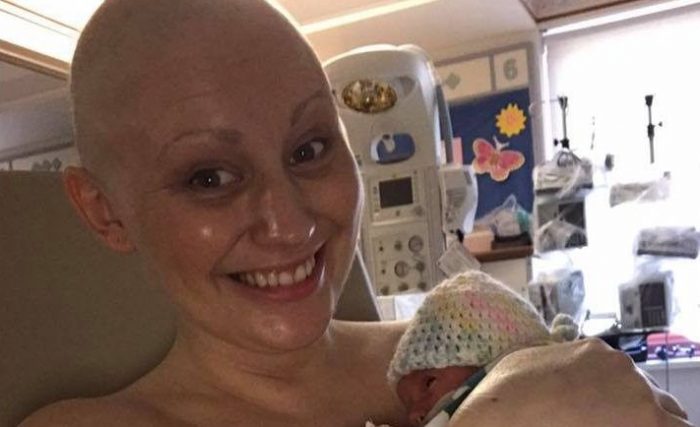