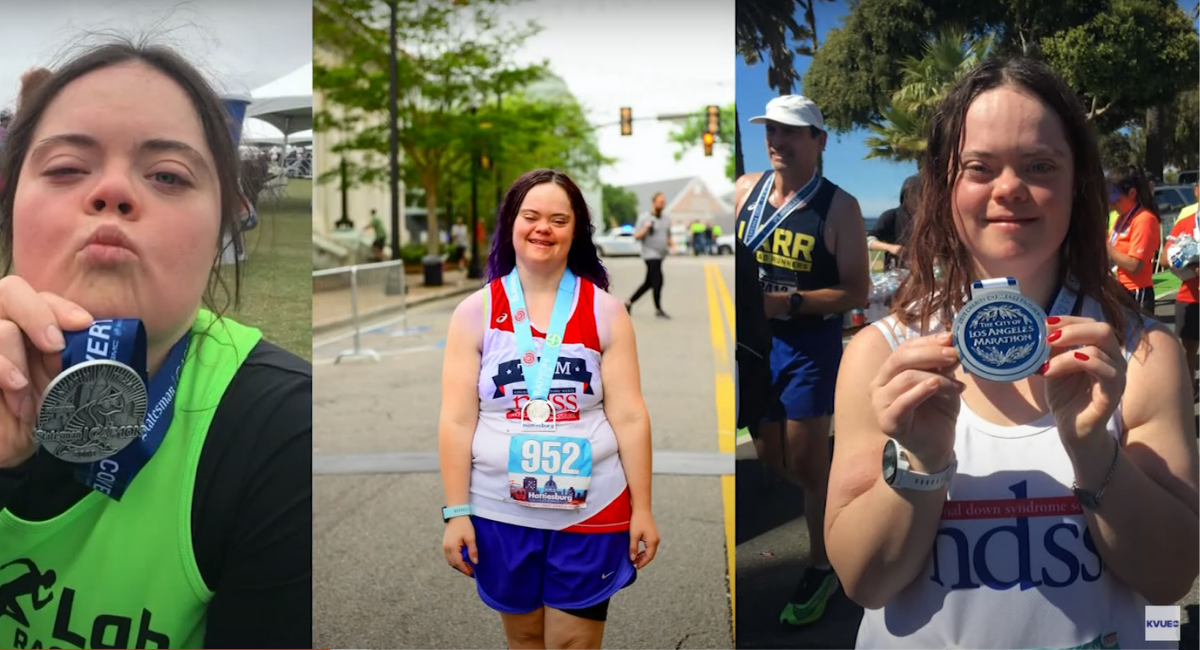 Kayleigh Williamson, 32, made history on February 20, 2022, when she became the first person with Down syndrome to complete the Ascension Seton Austin Marathon. She completed the 26.2-mile race in 6 hours, 43 minutes, and 51 seconds.

This wasn’t Kayleigh’s first history-making race. In 2017, she was the first person with Down syndrome to finish the Austin Half Marathon.

Completing a marathon has been a dream of Kayleigh’s for many years but the journey hasn’t been easy. “The moment she was born, I was told everything she couldn’t do,” her mother, Sandy Williamson told local station KVUE.

“It was actually the next morning, they came in and said, ‘Well, we think there’s a slight problem.’ The doctor said, ‘We think she’s slightly Down syndrome.'” Sandy was also encouraged to either place her daughter with an adoptive family or send her to an institution in Baton Rouge. Neither suggestion was an option for her, and she wanted nothing more than to bring Kayleigh home.

The two faced many difficulties throughout Kayleigh’s childhood. They were abandoned by Kayleigh’s father, were on welfare for several years, and dealt with bullying.

READ: North Macedonian president walks girl with Down syndrome to school after she was bullied

Kayleigh’s grandmother also endured serious health issues, encouraging Sandy to make some changes for herself and her daughter. They began going on walks but eventually turned to running. Due to weight loss and exercise, Kayleigh is no longer pre-diabetic, her Graves’ disease went into remission, and sleep apnea is no longer an issue for her.

The mother-daughter duo has since completed 15 half-marathons together, and now one full marathon. Sandy is always there beside her daughter, every step of the way. “I don’t want her to see me sitting on the sidelines saying, ‘Go, go, go.’ I want her to see me actively with her,” Sandy said.

Kayleigh has also written a children’s book, “It’s Cool To Be Me,” that allows young readers to follow her as she runs a half marathon. Her book is proof this young lady can do anything she puts her mind to.