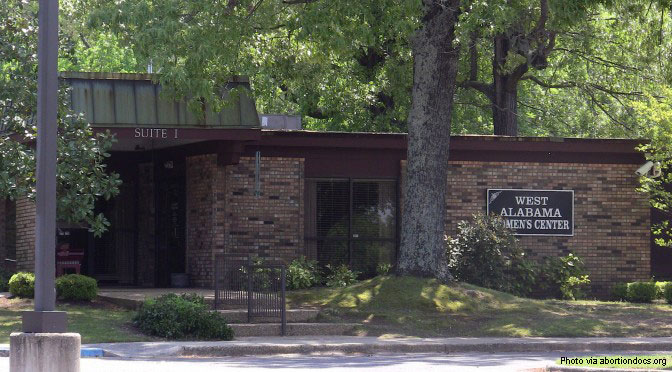 UPDATE, 9/3/20: Operation Rescue reports that the woman’s death is now under criminal investigation. The organizaton requested her autopsy report, but was denied, as authorities are still looking into the incident. “While we are anxious to see the autopsy report, the fact that the case is still under criminal investigation is welcome news,” Operation Rescue President Troy Newman said. “Someone died, and it is important that her death be fully investigated.”

8/12/20: The West Alabama Women’s Center is estimated to have killed over 80,000 preborn babies in its decades of operation, and recently, an abortion client died after a procedure there. According to Operation Rescue and CEC for Life, the botched abortion which caused the woman’s death was committed on May 7, 2020. Witnesses saw the woman, escorted by another person, leaving the facility in clear distress.

The woman was pale and could barely walk even just a few feet to a vehicle waiting for her. Despite these clear signs of an injury, it appears that a 911 call was not made by anyone at the facility. The woman was taken to Druid City Hospital, where facility staffers confirmed she passed away.

Abortionist Louis Payne, 81, was working at the facility that day. He retired just months later, replaced by abortionist Leah Torres. Payne’s retirement could directly affect potential investigations into the facility’s role in the woman’s death. Complaints were filed with both the Board of Medical Examiners (BME) and the Alabama Department of Public Health (ADPH) against Payne. While BME is investigating, the ADPH reportedly refused to take any action. If the BME finds any malpractice, it will only affect Payne himself, not the facility. The ADPH would need to investigate whether other staff at the facility followed proper protocols and whether they, too, should be held accountable.

Numerous pro-life organizations have called for an investigation in response, including Operation Rescue, CEC for Life, Pro-Life Tuscaloosa, Life Legal, and Students for Life of America. “In response to our complaint, ADPH not only refused to investigate this incident, it also claims that new owner [Amanda] Reyes does not require a new license, despite Alabama code stating a ‘change in facility ownership’ requires a new license,” said Sarah Neely of CEC For Life.

“ADPH’s refusal to investigate this clinic is unconscionable,” added Fr. Terry Gensemer, director of CEC For Life. “To our knowledge, this clinic has not been inspected in over a year; it has also recently changed ownership, hired a doctor with a questionable reputation, and a patient seen leaving their clinic died shortly after. According to its own regulations, and just plain decency and respect for a woman’s life, an inspection is the very least ADPH could do.”

The West Alabama Women’s Center was sold in the same month that the woman was killed. Long-time owner Gloria Grey was seeking to retire, and abortion activists with the Yellowhammer Fund launched a successful crowdfunding campaign to buy the facility. The Yellowhammer Fund’s communications director at the time was noted pro-abortion writer Robin Marty, who is now the communications director for the West Alabama Women’s Center.

Operation Rescue has requested the deceased woman’s autopsy report, which they expect to be available soon.

“We have reported on abortion-related maternal deaths far too often. Each one represents an avoidable double tragedy – the loss of a mother and the loss of a baby. This has a ripple effect of grief on the family, friends, and community,” said Operation Rescue President Troy Newman . “Abortion is not safe… and the state ignoring patient deaths only makes abortion businesses more dangerous, because they become emboldened with the understanding that there will never be consequences, even when a woman dies. Those attitudes are unacceptable and must change to prevent endangering human lives.”