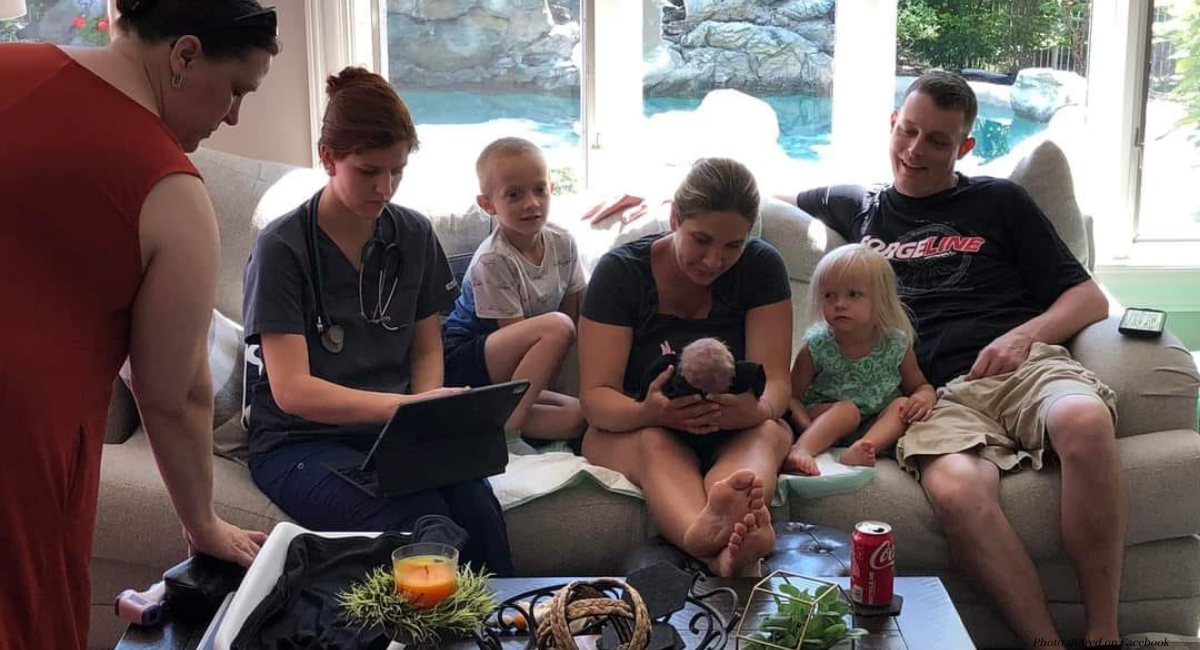 Heather Skaats had planned on delivering her baby at home, as she had with her previous children. But that plan went by the wayside when the Kentucky mom ended up giving birth while out running errands. Amazingly, she delivered her own baby while her five other children waited in the car. Then she wrapped up her newborn and drove home with him laying on her chest.

“I was literally driving in the car with all the kids when I felt like I needed to pull over,” she wrote. “Got out of the car, went to the other side in the grass and literally had a baby. It was so quick! I only thought these things happened in movies! I then proceeded to drive to the house with him still attached where my midwives arrived about 10 minutes later.”

In a conversation with TODAY Parents, Skaats explained that her previous labors lasted hours, so although she had been feeling light contractions when she left the house, she expected to have plenty of time to run her errands. “I thought I wouldn’t have a baby in my arms until eight or ten hours later,” she said.

However, she quickly realized that labor was progressing fast. “I pulled over — assured the kids that everything was OK — and then I grabbed my phone and got out of the van,” she said. “I put my hand down there and his head started coming out with his body. I didn’t even have to push. It was so quick. I was on the phone with my husband, Nick, and 20 seconds later, I was like, ‘He’s here!’”

The newborn was still attached to the placenta inside her body, so Skaats carefully wrapped him in a blanket, kept him close to her chest, and drove home, where she met her midwife. Despite the ordeal, the baby was healthy, weighing seven pounds. “We had to pick the grass off him,” she added.

Skaats said that she was able to remain calm throughout the process and intuitively knew what to do. “I think having home births in the past sort of taught me to trust my body,” she said. “Knowing the process really helped.”