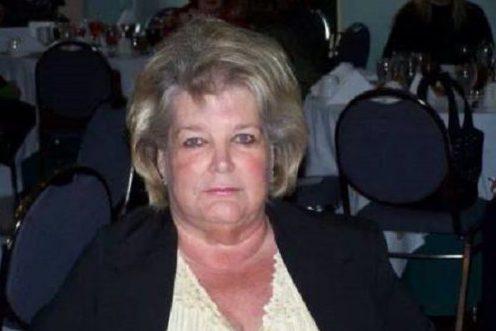 On January 22, it will be 45 years since U.S. Supreme Court decisions legalized abortion on demand in all 50 states. Most Americans know of Roe v. Wade. But it was Roe’s companion decision, Doe v. Bolton, which legalized the procedure throughout all nine months of pregnancy, for any reason. The cases were decided the same day, January 22, 1973.

The Court’s reasoning was that with pro-life laws, exceptions must be made for the health (including mental health) of the mother. But this loophole was a large one. As was explained in light of the 40th anniversary of the decision:

In Doe, the Court announced that health, for the purposes of late-term abortion law, would be synonymous with the mother’s “physical, emotional, psychological, familial … wellbeing”—in other words, every reason a pregnant woman could give for seeking an abortion in the first place.

The “Doe” in Doe v. Bolton was a woman named Sandra Cano. Here are some facts about Cano, and the decision which bore her name.

1. Sandra Cano did not want an abortion.

Cano did not actually want an abortion, but was seeking legal help to get custody of her children in foster care while she was pregnant with her fourth child and divorcing her husband, as detailed by EndRoe.org. Cano believed:

… [H]er lawyer, Margie Pitts Hames, tricked her into signing the affidavit that formed the basis of the plaintiff’s charges in Doe. “I do not believe it is my signature on the affidavit, and Margie either forged my signature or slipped this document in with other papers while I was signing divorce papers. I never told Margie that I wanted an abortion. The facts stated in the affidavit in Doe v. Bolton are not true.”

Not only did Cano not want an abortion, she briefly escaped to Oklahoma after her mother and her attorney (Hames) tried to have her get one. Doe, however, alleged that Cano had sought an abortion, with Pitts likely having forged her signature or having her sign it in addition to her divorce papers.

After the initial court hearing, Cano would never get to appear in court again for Doe v. Bolton.

2. Cano spent her life trying to overturn this legacy.

Cano has made no secret about how she did not want to be part of the Doe decision. She expressed such sentiments in many interviews, from the National Catholic Register to the pro-abortion Huffington Post. Father Frank Pavone shared how, at a rally in 1997, Cano vowed, “I pledge that as long as I have breath, I will strive to see abortion ended in America.”

In 2005, she testified before the Subcommittee on the Constitution of the Senate Judiciary Committee, in “The Consequences of Roe v. Wade and Doe v. Bolton.” She referred to Doe as “a nightmare,” adding:

Over the last 32 years, I have become a prisoner of the case. It took me until 1988 to get my records unsealed in order for me to try and find the answer to those questions and to join in the movement to stop abortion in America. When pro abortion advocates found out about my efforts; my car was vandalized on one occasion and at another time, someone shot at me while I was on my front porch holding my grandbaby.

In 2006’s Cano v. Baker, she asked the U.S. District Court for the Northern District of Georgia to reconsider Doe, though her request was denied.

Cano spent the rest of her life actively trying to end the legacy of abortion which came about from such a case. She died in September 2014, in Georgia, where her case came from. She had developed throat cancer, and was also suffering from sepsis and heart failure when she died on September 30 that year. 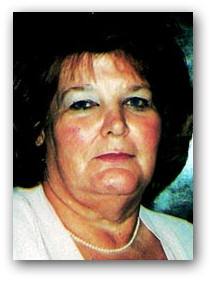 3. Cano was poor, like many women taken advantage of by the abortion industry

In Abuse of Discretion, Clarke D. Forsythe explained how the Court was told Cano did not receive an abortion due to poverty. While Cano was indeed poor, this did not mean she wanted an abortion. It was just one way in which her pro-abortion attorneys took advantage of her and disrespected her with such an assumption that has persisted today when it comes to reasons why women need abortion.

In her testimony before Congress, she noted, “I was very vulnerable: poor and pregnant with my fourth child, but abortion never crossed my mind. Although it apparently was utmost in the mind of the attorney from whom I sought help.”

As she expanded upon in her 2006 interview with the National Catholic Register:

I was poor, uneducated and ignorant. My life was very unstable. I was in a survival state. I went to Atlanta Legal Aid to get a divorce. Whoever was there to try to help me, I trusted. That’s how I became unknowingly involved with Doe v. Bolton. Never once did I know that we were going to kill babies.

Abortion advocates before and since then have turned to taking advantage of women in poverty. This includes Planned Parenthood founder Margaret Sanger, who spoke out against certain segments of society being allowed to have children.

4. Like many others, Cano suffered from her involvement with abortion.

Cano has spoken of the case as being a “nightmare” and being “a prisoner.” She described it as “a doom upon her shoulders,” according to Allan Parker of the Justice Foundation, who was acquainted with her.

In her testimony she also shared how “I feel like my name, life, and identity have been stolen and put on this case without my knowledge and against my wishes.”

Post-abortive men and women have also shared a litany of strong emotions, a sampling of which can be found at Silent No More. Former abortionists have also expressed regret, including the late Dr. Bernard Nathanson, and Dr. Anthony Levatino, who is featured in Live Action’s “Abortion Procedures” video series.

Abby Johnson, formerly a Planned Parenthood director, has founded a group in assisting abortion workers trying to leave the industry, And Then There Were None.

5. She is featured in a pro-life documentary.

Allan Parker also has spoken of Cano’s inclusion in “The Gift of Life,” a documentary from Citizens United Productions.

6. She has been involved in court cases other than her own.

Parker worked with both Cano and McCorvey in attempting to have their cases re-heard and overturned. As Parker explains in his piece on Cano, her request was also about exposing the wrongful way in which her name was used to expand abortion nationwide:

Cano also submitted a brief in support of upholding the federal ban on partial-birth abortion. In their 2007 decision, the U.S. Supreme Court cited her brief. Parker described such recognition as “the Supreme Court proclaim[ing] her name—Sandra Cano—on the pro-life side of an important victory.”

Cabo’s involvement outlived her. Even after her death, she was named in requests to uphold a North Dakota law banning abortion once a heartbeat is detected.

7. She proved that the abortion industry has always been about using women.

The abortion industry continues to take advantage of women today. Just like Roe v. Wade and Doe v. Bolton, Planned Parenthood, which performs more abortions than any other organization in the country, claims to be pro-woman, but constantly claims that women cannot be successful in other ways if they choose life for their children.

As one can see however, this is nothing new for the abortion industry. There has always been an agenda to use and abuse women, in order to make gains, especially at the legal and political level. The story of “Doe,” this very real woman, Sandra Cano, is tragic proof of that. Her pro-life legacy lives on, however, even after her death.