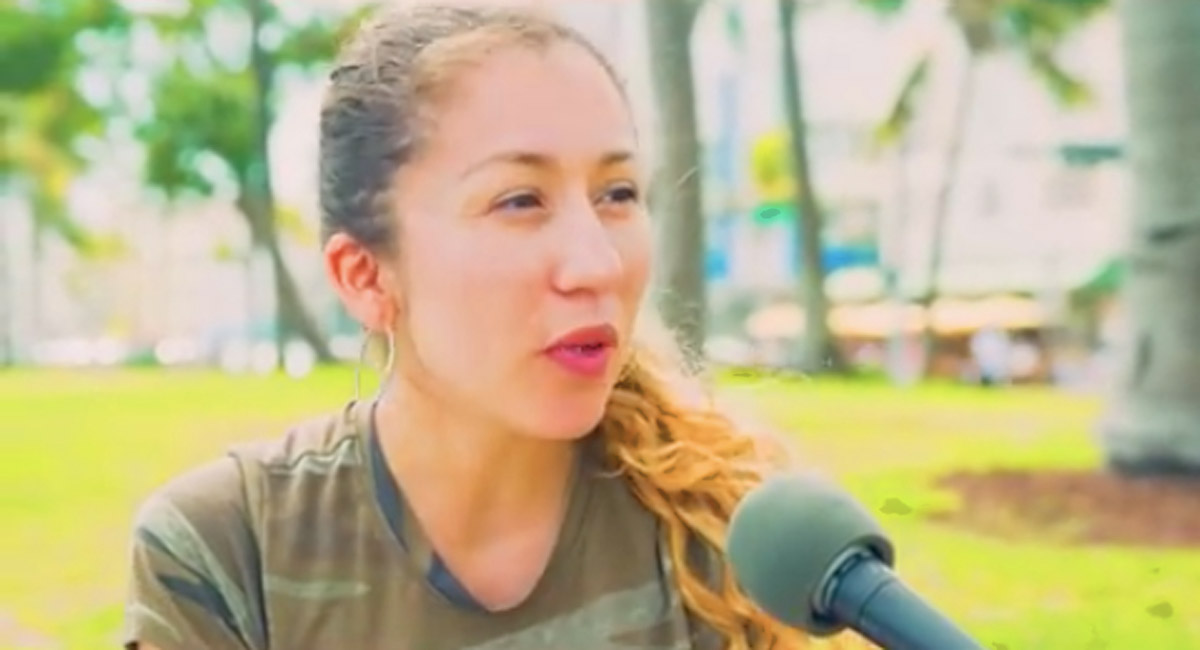 Live Action’s Abortion Procedures series has been incredibly effective in changing how people view abortion, and they have been viewed well over 100 million times. Would they still support it if they knew exactly what the procedures entailed? In many cases, a little education is all that is needed to change a person’s heart and mind.

A young man was interviewed on the street by members of the Live Action team, and he started his conversation by saying he considered himself to be “in the middle” on abortion. “I don’t really see it as a big problem, I guess,” he admitted, adding, “I’d lean more towards pro-choice.” Still, despite being in favor of legal abortion, he did support some restrictions on abortion, mostly based on fetal development.

“I don’t know the cycle of when the baby, like, starts developing a brain, but I think that we should figure out when it starts forming its brain or thoughts,” he said. “That way, if we could know when to cut if off, I suppose, because I think if it doesn’t have a brain yet — or I think it should, um — I don’t think it should be aborted if it has thought.”

According to the Endowment for Human Development (EHD), a non-profit organization dedicated to the science of fetal development, brain waves can be measured at just six weeks after fertilization.

The man was then shown a non-graphic, 2D animation of a first trimester dilation and curettage, or D&C, surgical abortion, narrated by former abortionist Dr. Anthony Levatino. The procedure usually takes place between five and 13 weeks of pregnancy. During a D&C, an abortionist uses a powerful suction catheter to vacuum the child from his mother’s womb, and then finishes by scraping the mother’s uterus with a curette to make sure nothing is left behind.

After seeing the video, the man said his mind had been changed. “It was horrific, yeah,” he said. “It was kind of sad to see the baby moving and then it getting, like, torn out of there. I didn’t know that they did it when they were that small.” He also said that he now believes abortion is wrong, but also admitted that he still thinks it is “complicated.”

“Like in the case of someone getting raped or something like that and them, or someone not having the money to take care of the baby,” he explained, “like, there need — there would have to be some sort of support from the government to help these people with the kid before, so that way, um, it wouldn’t, they wouldn’t have to do that anymore.” He finished by saying he would probably vote “a bit more pro-life” in the future.

READ: Watch their minds change on abortion: ‘The child deserves to live’

‘It was the worst feeling ever’

A young woman talked about her experiences with rape and pregnancy in Mexico, and how it formed her views on abortion. “I think in some parts it’s good and some parts it’s not good,” she said. “But I’m good with abortion, yeah. Yeah, it’s not a problem for me.” While she didn’t think abortion should be illegal at any point, she also expressed discomfort with the idea of late-term abortions. “I think it’s — it’s ‘own body,’ you know? It’s the body and I’m proud with abortions,” she said, but then added, “I think in the beginning, you know, if it is a girl, they kidnap, and they do really bad things, yeah, do it. But if — like, nine months, eh, no, I don’t support that.”

She was then shown the same D&C video, where the procedure is outlined using 2D animation, and was immediately moved by it.

She described what she saw as “painful,” “sad,” and “really bad.” She then explained that she already had some familiarity with abortion, but this video still opened her eyes. “I already see videos on the internet, but, yeah, I learned, maybe, not do it!” she said. “I feel really sad. So, maybe, ‘no,’ if some day I get pregnant, no. Not to do it. No, no.” She then admitted that she had changed her mind, but her experiences in Mexico still caused her difficulty.

“It’s really hard, you know, because I know a lot of people, they, you know, in Mexico, they kidnap and — how do you say — they do really bad things and they get pregnant and for a guy they don’t know and maybe that little kid, when he’s born, the girl will leave the son right there,” she explained. “So that’s — I don’t like it when a child is born and they don’t have a family or — that’s sad, too. That’s why a lot of girls, they do it, you know, because, ‘Oh my God! Oh no! The father! Something bad’s happened!’ So, they decide to do it.” She did admit that adoption could be a better choice, though, than abortion for a woman who has just experienced such an awful trauma.

She also said she had experienced a D&C herself, except in her case, it sounds as if it was after a miscarriage, when she was 11 weeks pregnant and had fallen down the stairs. And it was not a positive experience. “I had an abortion [many women believe any D&C is the same as an abortion, which is untrue], but not do it to me, you know?” she explained. “Like, I fell down the stairs, and I need to do it, you know? So that’s why, and I have three months, so that’s — it is really sad, but I understand, but it was the worst feeling ever.”

Abortion is not something positive for any woman to experience, and especially not when they have gone through a violent, traumatic experience. Preborn children likewise have the inherent right to life, and don’t deserve to have that life taken from them simply because they happen to be vulnerable and dependent on their mother.