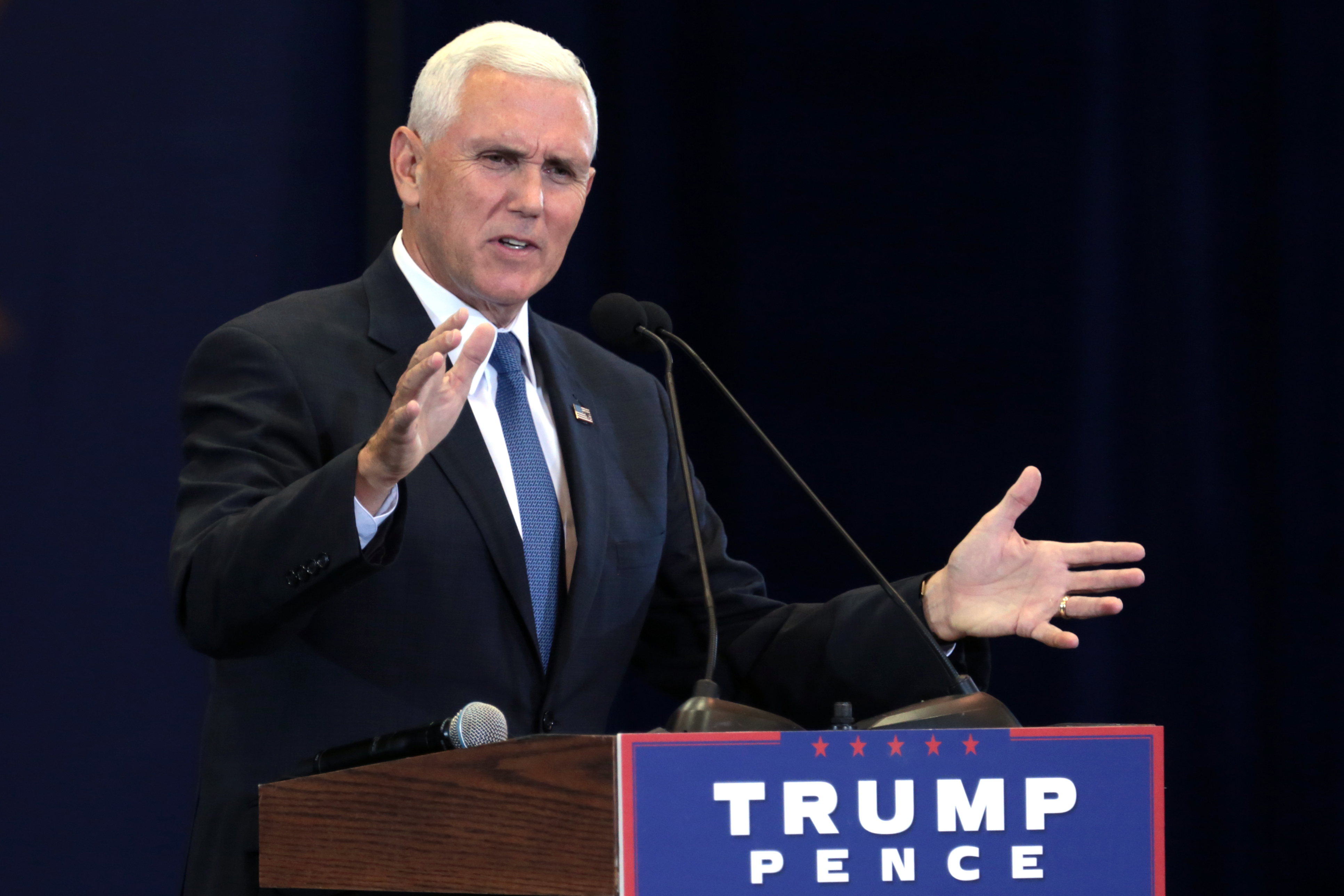 Vice President Mike Pence took to Twitter on Monday regarding the discovery of 2,246 aborted babies in the home of a deceased abortionist with a history of violations. In his tweets, Pence called the discovery of the remains of the babies “appalling” and said the remains must be treated with “dignity.”

Abortionist Ulrich Klopfer, worked in South Bend, Indiana before moving to Illinois after his medical license was suspended. He passed away on September 3 and as his family went through his belongings, they discovered the remains of the 2,246 babies.

As reported by WSBT-22, the family called police to request “proper removal of the remains.” When police arrived, they “found over 2,000 medically preserved fetuses at the property.”

“The horrific discovery of 2,246 fetal remains in abortionist Dr. Klopfer’s Illinois home is appalling & should shock the conscience of every American,” tweeted Vice President Pence. “While I was Governor of Indiana we took his medical license away & passed a law requiring fetal remains be treated with dignity.”

In a second tweet, the vice president said, “His actions should be fully & thoroughly investigated, the remains of the unborn must be treated with dignity & respect & this abortionists defenders should be ashamed. We will always stand for the unborn.” 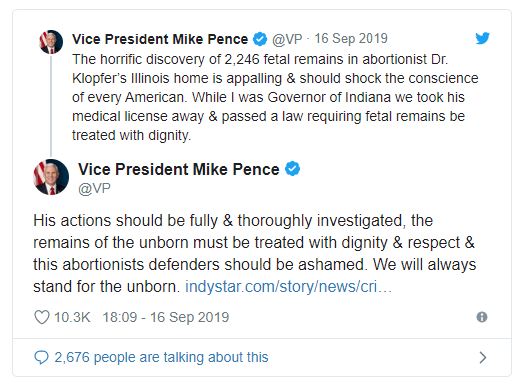 His medical license was suspended on November 22, 2016. Vice President Pence was Governor of Indiana at the time and as Governor, he signed a bill into law requiring abortionists bury or cremate the bodies of aborted children.