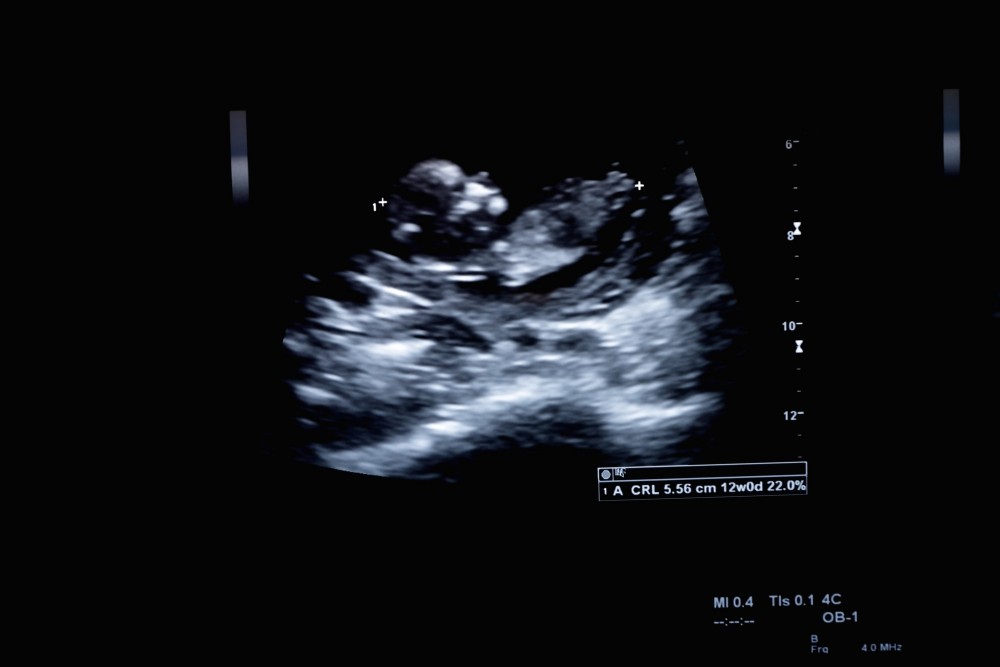 Last time we checked in with the factually challenged “news explainer” Vox, Executive Editor Matthew Yglesias was testing out the novel (and by “novel” I mean “horrifying”) argument that the birth of his son convinced him that killing little tykes just like baby Jose needs to stay legal.

In a similar vein, on Wednesday the site ran a piece by Julia Pelly on how her miscarriage of a wanted baby “forced me to rethink everything I believed about abortion.” Except according to her own words, it didn’t change much of anything.

Before, she “was attending rallies and waving signs in support of women’s access to health care, birth control, and abortion,” full of “anger” at politicians who “characterized these women as either vindictive baby killers or as so naive as to be tricked by malicious doctors or clinics into killing their babies.” But then:

I went back to the doctor, and the ultrasound showed no heartbeat, just a still, white form, stark against the black background of the screen. The gummy bear that had been fluttering around, dancing for us just days before, was dead.

I was devastated. I felt hopeless and helpless, scared and sorrowful. I was scheduled for a dilation and curettage on the next Monday, and that weekend, as the Mardi Gras parades rolled by a few blocks from my home and the bands marched and played, I lay in bed crying and mourning for the baby that would never be born.

When I checked into the hospital that Monday, the stark terminology used during my stay was jarring. Though I knew that “spontaneous abortion” was a medical term, it shook me to see the word “abortion” associated with my much-wanted baby. Later, when the doctor explained that after the procedure they would send the “fetal tissue” for testing, I caught my breath. “That’s not fetal tissue,” I wanted to shout, “that’s MY BABY.” I was put under with tears in my eyes and woke up still crying.

Powerful and tragic. So how did it inform her rethinking?

I realized that I was referring to my miscarriage in traditionally pro-life terms. I talked about “losing my baby” and daydreamed of kicks and contractions. Typically it’s pro-life activists who argue that life starts at conception, not pro-choicers like me. But my baby had certainly felt alive to me […]

As I worked through my grief, I felt guilty both for supporting women’s choices to end their pregnancies and for feeling so sad about the end of mine. What made my baby so different from those I was advocating women be able to “terminate”? I felt a great internal pressure to choose between seeing my baby as a baby or as a ball of cells, as a life or as nothing at all. I did not feel entitled to be both sad about my miscarriage and a supporter of other people’s abortions.

The questions that kept me up most at night were ones pro-life activists would love for women to have as they consider whether to keep their baby: “Did my baby have a soul? Did my baby know it was alive? Did my baby feel scared as it died?”

Good questions, and more honest than anything many abortion defenders will ever type. Yet somehow, she emerged from the other end “at peace,” simultaneously sad about her miscarriage but secure in her original position that “abortion is a fundamental human right.” How can that possibly be? After concluding that the “question, really, comes down to: When does life begin?” she resolves (and I can’t stress how loosely I’m using the term) what was billed as deep insight shaped by experience with boilerplate that could have been lifted verbatim from any number of pro-abortion brochures:

Over and over, her response, lovingly, was, “I don’t know.” Her comfort with uncertainty, with not knowing, helped me ease into being okay with not having the answers.

“I am okay with determining the fates of millions of children despite not knowing what they are”: abortionism in a nutshell, ladies and gentlemen. All these years after President Ronald Reagan destroyed this irresponsible nonsense with the simple, inarguable point that “If you don’t know whether a body is alive or dead, you would never bury it,” it’s still considered brilliance. She continues:

I don’t know when life really starts, but I do know that it’s okay for me to mourn the loss of my 10-week-old fetus and for me to simultaneously fight for another woman’s right to end hers. In something so personal, so profoundly life-altering as pregnancy, it’s silly to think that there is a simple black-and-white answer. It’s also silly to think that if you’re pro-choice you can’t mourn a miscarriage or if you’re pro-life you must be devastated by one.

In the absence of this knowing, knowing when life begins, we must defer to the woman and to what feels right to her, to the balance she strikes between the life she carries and the life she has.

Aside from the immoral illogic of arguing ambiguity doesn’t mean we must err on the side of caution, there is no “absence” to account for. We objectively, scientifically do know when life begins, and there is no excuse for anybody writing in a professional capacity on the subject to pretend otherwise.

For me and my baby, life began the moment I knew I was pregnant, and it ended as I watched the dark screen stay still. For another woman life may begin at conception, for another not until the baby is wet and wiggling in her arms. Each woman has a backstory, the things that came before the pregnancy, the things that will inform her feelings and her choices.

So your perception defines the reality of other people’s existence? Readers, I defy you to find a more supernatural, anti-empirical claim anywhere in the Bible.

Well, then, why don’t we repeal all our laws? I trust that most people won’t murder, steal, rape, vandalize, counterfeit, drive drunk, sell drugs, litter, slander, or embezzle, and if all legal prohibitions are just referendums on “trust” without regard for the effect our actions have on others…

I know now too that making a family is hard, that the beginning of life is ambiguous, part science, part spirit.

It’s easy to fabricate ambiguity when you discuss none of the relevant science.

With something so fragile, so hard, we should do all we can to support women in their journey, to celebrate when they celebrate, to mourn when they mourn. I will always mourn the loss of my unborn baby, and I will always fight to keep women’s right to choose, and access to abortion, alive.

It’s a bold choice to end an apologia for death with the word “alive.”

What is remarkable here is not the piece’s shallowness, illogic, or avoidance of all relevant facts, but that this sort of thing is so common. The internet’s a big place, and occasionally pro-lifers use bad reasoning too, but it’s also much more common for pro-lifers to constructively critique each other about it, and by and large our movement embraces those who do. Where is the pro-choice equivalent to Scott Klusendorf or Josh Brahm?

There isn’t one. The closest the other side comes to are the occasional radicals who rail against their fellow travelers for the “safe, legal, and rare” mantra not being absolutist enough—hardly a call for more rigorous logic, objectivity, or fairness. Those are afterthoughts, as are the lethal consequences for abortion’s victims.

As disgusting and wrong as pro-slavery arguments that blacks were better off in bondage were, those were at least arguments. America’s gravest moral crisis since then deserves better.