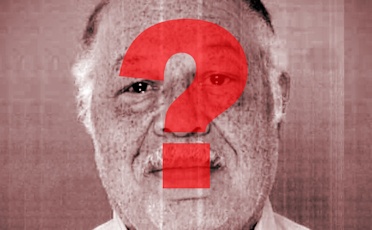 This is a clip from an episode of Life Report called “Using Gosnell to Start Productive Dialogues About All Abortions.” In this episode Megan Almon from Life Training Institute joined Gabi and me to discuss how pro-lifers can have productive conversations about Gosnell.

In this clip, I discussed the common mistakes pro-lifers should avoid when talking about Gosnell.

Click the embedded video and it will start at the right place in the interview. This particular topic ends at 20:42. 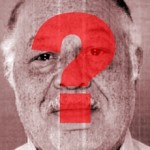 Gabi Vehrs:  Well, it sounds like that then goes into my next question, which is:  How should pro-lifers not talk about the Gosnell trial? What should we avoid, Josh, when we bring up this issue?

Josh Brahm:  Yeah, I think there’s a couple that come to mind. One of them was something that actually – Megan [Almon] actually came to Fresno last week and she spoke at our big Christian school, which was awesome. And we got to spend the whole day just kind of talking about some of the next Life Report episodes that we want to do with her. And Megan said something great, which was: “We don’t want pro-lifers focusing only on what Gosnell did and acting like he’s the poster child for all abortionists.”

There’s kind of some controversy about this within the pro-life movement because some people feel like it’s not just Gosnell. He’s just the first one that got caught doing this. For all we know, there might be a lot of abortionists doing this. Maybe so. We don’t know. It’s hard when there’s only so much that we know about what’s going on.

Either way, I know that about 90% of abortions happen in the first trimester. So that alone is going to be different for pro-choice peoples’ intuitions usually than what Gosnell was doing. There’s a lot of things that were going on with the Gosnell issue that makes pro-choice peoples’ intuitions kind of flare that doesn’t necessarily apply to first-trimester abortions.

So I think we don’t want to only look at this and make that the goal: That I’m just going to try to get pro-choice people to have a quick conversation about Gosnell. I mean, there’s some good that can happen there, but if you can take it deeper, make it go deeper.

I think the other concern that I have – and this is the concern that I had a couple of years ago when this story first came out – is that pro-lifers would be making an argument that abortion should be illegal because clearly it’s unsafe. Like, “Look at the women that died and look at what Gosnell was doing. Because of what Gosnell was doing, this is why abortion should be illegal.” That’s a terrible argument and is dangerous, even though for some people, it might actually work.

Megan Almon:  It’s dangerous – I was just going to say – where did I read it? I can’t remember. But the pro-choice reaction at-large is probably going to be to that – is going to be: “Well, that is the perfect argument for government-funded abortion.”

Josh Brahm:  Yeah. And keeping it legal, keeping it safe. It just seems like – for the pro-life person, it seems like obviously abortion should be illegal, right? But then for the pro-choice person, they’re going to be like, “Okay, you’re talking about this really unsafe thing that happened that doesn’t  sound that different from back-alley abortions that we’ve been talking about – that we believe happened pre-Roe. So you’re saying, to make it safer, make it illegal?”

It’s too easy for pro-lifers to talk about this weird, very horrific, extreme story and try to get everyone to agree on all abortions on that. That doesn’t work. You’ve actually got to bring it there and make an argument that’s going to be a harder argument to make for [pro-life] people. It’s easy to get common ground on Gosnell. Can you get them to agree with you that first-trimester abortions should be illegal too? Because that’s our goal.