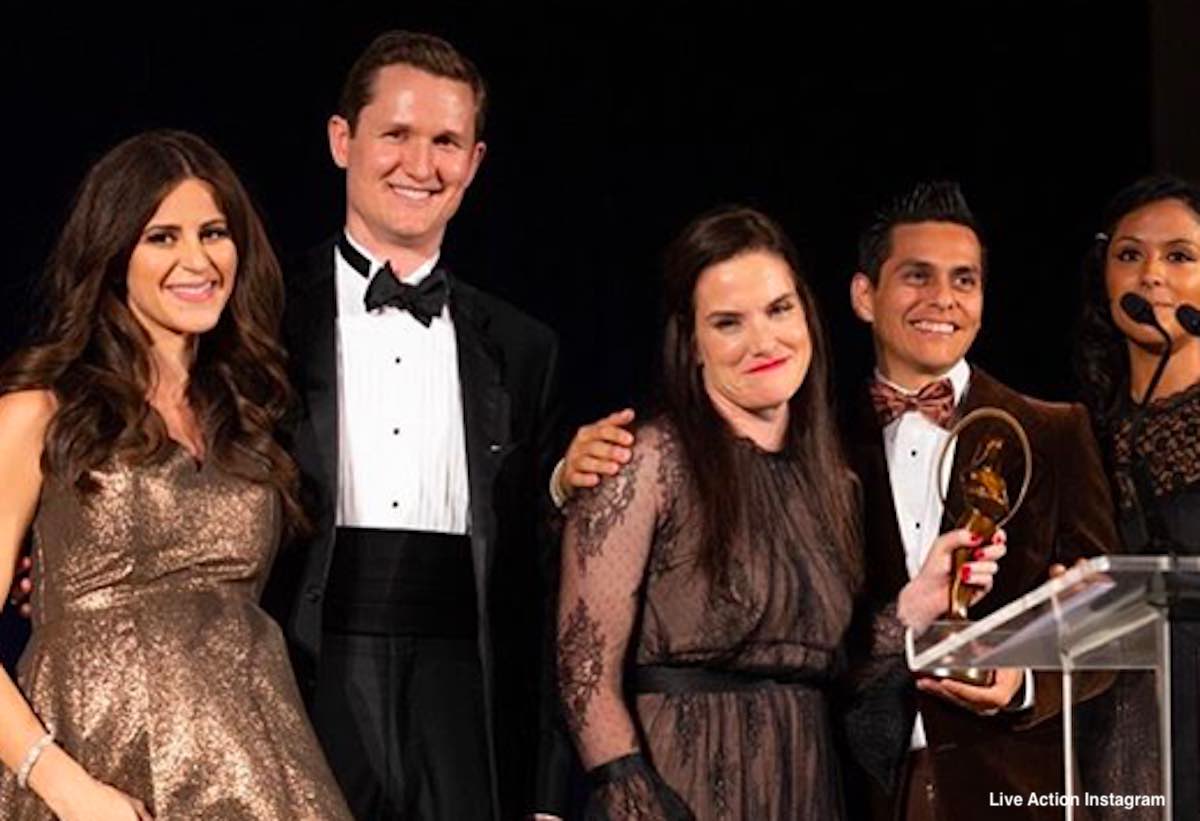 Shapiro is the Editor in Chief of The Daily Wire and Host of The Ben Shapiro Show, Benjamin Watson is an NFL tight-end and pro-life advocate alongside his wife, Kirsten, who was featured in Live Action’s viral video series “Pro-Life Replies to Pro-Choice Arguments”,  and Gianna Jessen is an international pro-life leader who survived a saline abortion in a Los Angeles abortion facility. 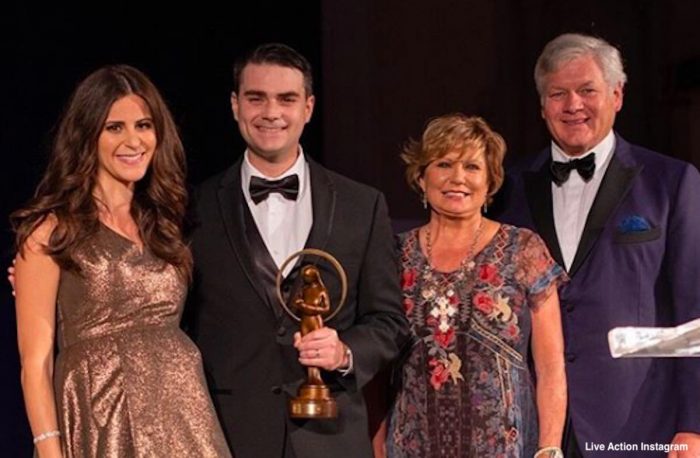 At the Life Awards Gala, Ben Shapiro pointed out that in the ‘culture wars,’ celebration of abortion is ‘forced’ upon society (like New York’s lighting of a tower in pink to celebrate the extreme pro-abortion Reproductive Health Act’s passage), and yet the pro-life movement is advancing.

“This is the one area of the culture where the Right actually is winning,” Shapiro said. “The Right is in retreat on a bevy of issues. Not on this issue. The Right is seeing success largely because of groups like Live Action… From this spark is going to come the revivification of all of the founding principles…. Saving the lives of the unborn isn’t just saving the lives of the unborn, as if that weren’t important enough. It is saving our culture. It’s saving how we think about life, what makes life valuable. If the unborn, the most helpless, the least capable among us have rights, then we do too. If their value lies in their very existence, then our value does, too…. Science is telling us that all of this is true.”

Shapiro added, “The Left needs euphemisms… the minute that you see [abortion] in the harsh light of reality, you cannot allow this to happen in your country, and you fight against every attempt to impose it on the world…. Once you’ve seen [the truth about abortion], there is no way to go back.” 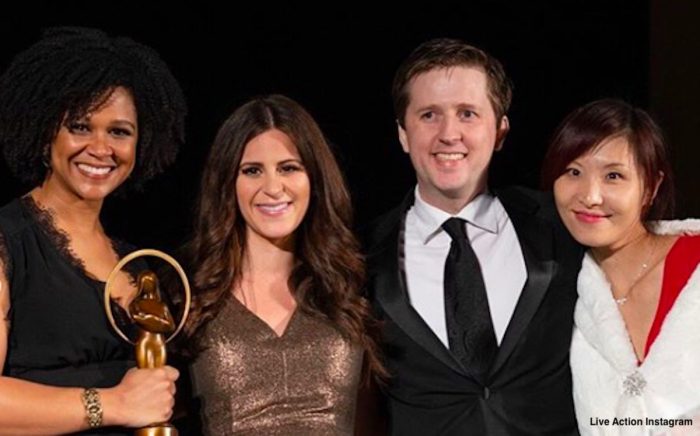 Awardee Kirsten Watson, co-founder of the One More Foundation with her husband Ben, noted, “When it comes to this issue [abortion], fighting for those who have no voice is right. That is what it means to act justly. So as we continue in this fight… as we act justly we must also remember to love mercy… and as we do this, we are asked to walk humbly.” Watson noted that the award she received was not just for her and her husband, but for those on the front lines, doing the hard work of helping moms and babies every single day. “All of us are required to do our job in this movement. All of our voices are important…. This award is for all of us. And it for all those babies that will be born because of it,” she said. 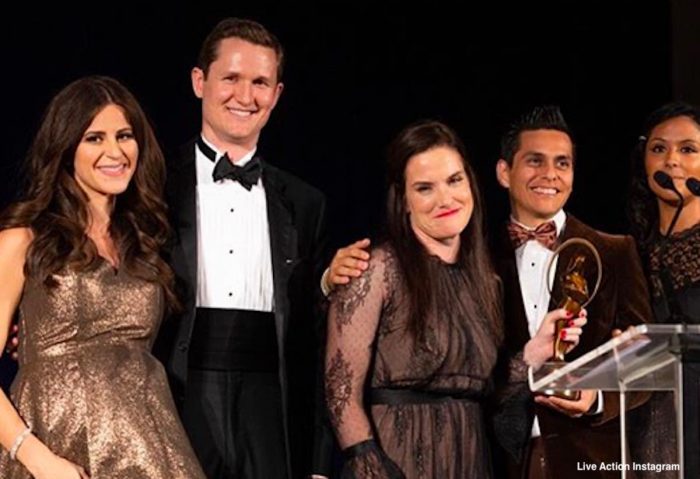 Awardee Gianna Jessen, late-term abortion survivor, pointed out the importance of working for eternal things — things that truly matter — saying, “[Jesus] is the whole of my life, the beginning and the end, and everything in between. And I feel quite strongly that you cannot change a world that you resemble. And I see so many precious people in this room and the longer I walk with Jesus, leaning on His magnificent arm, I learn that He’s not extremely thrilled with what we’re thrilled with… how much applause we gain in this life. If everything I do in this life is about Gianna, it will all come to nothing. But if it is about Christ, it will never die.”

Founder of The Table Group and New York Times best-selling author Pat Lencioni also spoke at the gala, and prayers were offered by a pastor, a priest, and a rabbi — all joining together to extol the value of human life.

Live Action founder and president Lila Rose had high praise for all of the awardees. “These pro-life leaders are well-deserving of this year’s ‘Life Awards,’” she said. “Their courageous example is inspiring for all of us as we build a culture that respects vulnerable, preborn life. The pro-life work of Ben Shapiro, Benjamin and Kirsten Watson, and Gianna Jessen touches millions of people, including a huge number of young people who will shape our culture in years to come.” Rose added, “We need more outspoken voices like theirs to share the pro-life message about the dignity and worth of pre-born children, and the harm that is caused by abortion.”

Live Action has the largest online following for the pro-life movement, currently at just over four million people.