“Their courageous example is inspiring for all of us as we build a culture that respects vulnerable, preborn life.” – Lila Rose, President and Founder of Live Action

Los Angeles, CA – At the 2019 Life Awards Gala on Saturday, Nov. 16, 2019, Live Action announced the winners of its inaugural Life Awards. Awardees Ben Shapiro, Benjamin and Kirsten Watson, and Gianna Jessen were honored for their outspoken defense of preborn children in media, politics, entertainment, and activism.

Shapiro is the Editor in Chief of The Daily Wire and Host of The Ben Shapiro Show, Benjamin Watson is an NFL tight-end and pro-life advocate alongside his wife, Kirsten, who was featured in Live Action’s viral video series “Pro-Life Replies to Pro-Choice Arguments”,  and Gianna Jessen is an international pro-life leader who survived a saline abortion in a Los Angeles abortion facility.

The event was chaired by Lila Rose, president and founder of Live Action and host of the Lila Rose Show. “These pro-life leaders are well-deserving of this year’s Life Awards, Rose said. “Their courageous example is inspiring for all of us as we build a culture that respects vulnerable, preborn life. The pro-life work of Ben Shapiro, Benjamin and Kirsten Watson, and Gianna Jessen touches millions of people, including a huge number of young people who will shape our culture in years to come,” Rose continued. “We need more outspoken voices like theirs to share the pro-life message about the dignity and worth of pre-born children, and the harm that is caused by abortion.” Special guest Pat Lencioni, president and founder of The Table Group and New York Times best-selling author, also addressed the crowd. There were more than 500 people in attendance.

Live Action, based in the entertainment capital of the world, Los Angeles, CA with a satellite office in Washington, D.C., reaches millions of people each week on various platforms and is uniquely positioned to change hearts and minds and shift public opinion on abortion in the United States. The Live Action team has built the largest online following for the pro-life movement, with over 4 million people, predominantly aged 15-35, and an active member list of over 600,000. 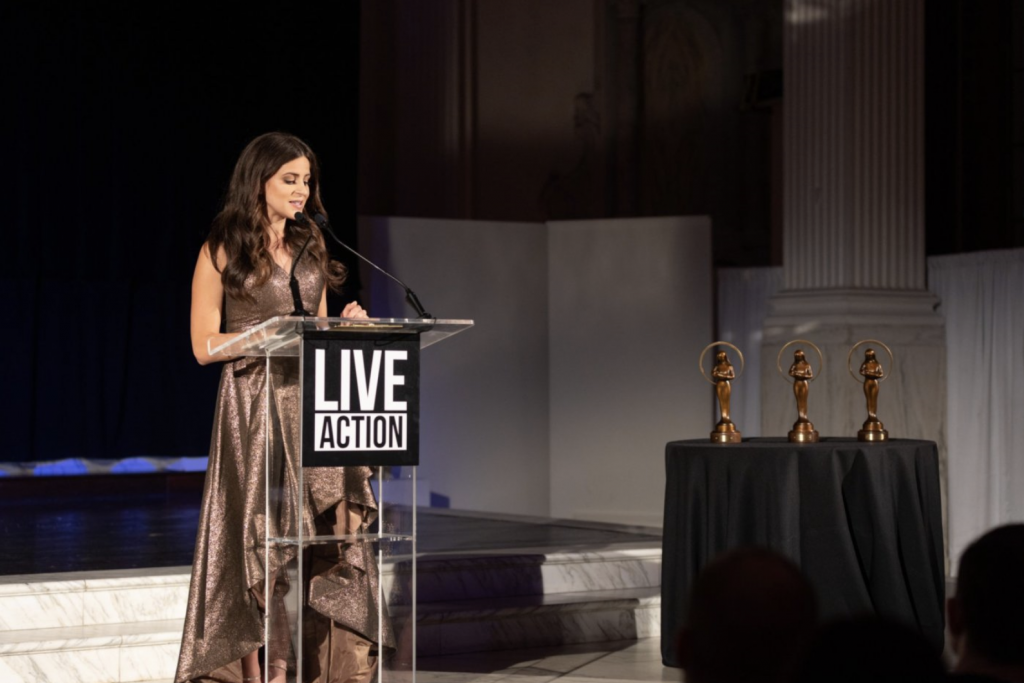 Live Action is a national nonprofit organization dedicated to exposing the truth about abortion and affirming the life of every child. Live Action exists to change hearts and minds about abortion through compelling educational media, human interest stories, and investigative reporting that exposes the lies and corruption in the abortion industry. With the largest online following in the pro-life movement, Live Action’s videos and content reach millions of people every week. Find out more at http://www.liveaction.org