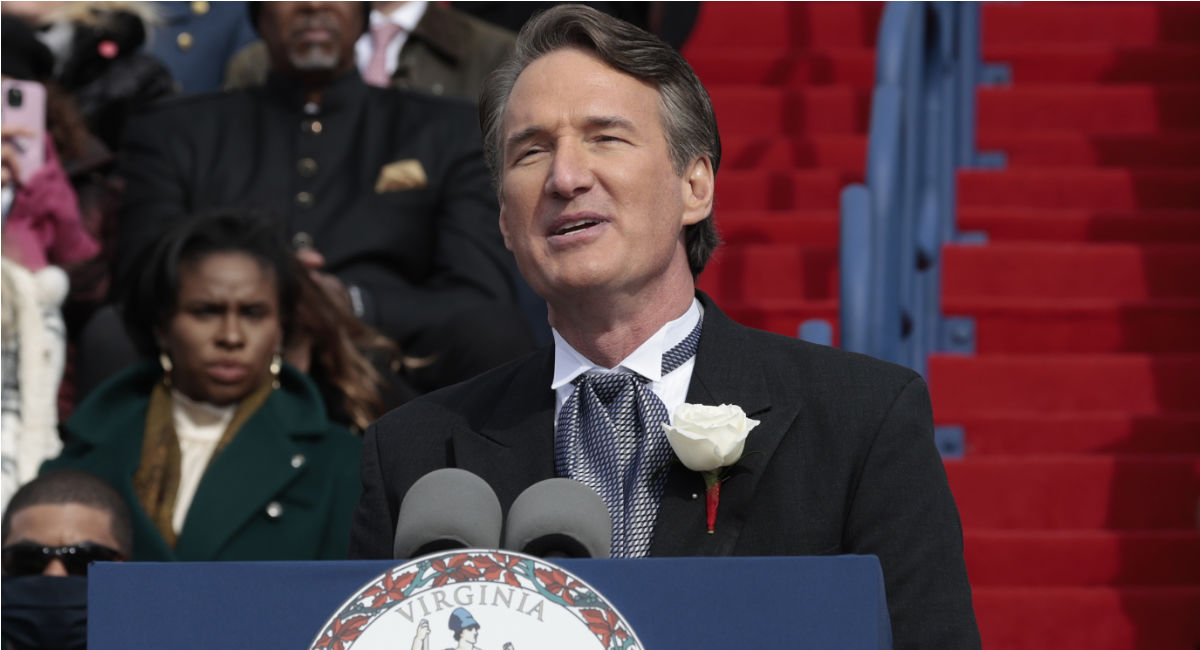 Virginia Governor Glenn Youngkin has named Angela Sailor, a former executive with the conservative Heritage Foundation, as Virginia’s chief diversity officer. But rather than a typical political appointment, this is a sign from Youngkin of his commitment to ending abortion, as he also announced that he wants to change the title of her office — and to include “ambassador to unborn children” in Sailor’s duties.

In a press release, Youngkin announced his plan to change the department from the Office of Diversity, Equity, and Inclusion to the Office of Diversity, Opportunity, and Inclusion. “The people of Virginia elected the most diverse leadership in the Commonwealth’s history. Virginia is big enough for the hopes and dreams of a diverse people,” he said in a statement. “Angela Sailor’s experience in government, nonprofits and the private sector will guide us as we ensure that the government is working for all Virginians across our diverse Commonwealth, especially when it comes to economic opportunity for all Virginians. In addition, I will introduce and support legislation to change the name of the office to the Diversity, Opportunity and Inclusion Office.”

READ: Virginia elects its first Black female lieutenant governor who ‘supports the babies in the womb’

Furthermore, in the executive order, Youngkin emphasized the importance of protecting all lives, writing, “[E]very one of us is made in the image of our Creator”:

What is seared in our heart by a loving, almighty Creator is not a desire for power or conquest, not a love of self, or personal advancement. Rather it’s a belief that life is worth living when we serve a greater cause than self when we love without expecting favor in return and when we set aside ego for the greater good. We are one Virginia. We are all sailing in the same boat.

Yet, we acknowledge that too many of our citizens have not received the equal opportunity they deserve, and we recognize that diversity when genuinely embraced strengthens our Commonwealth. Every Virginian deserves dignity and respect, deserves the opportunity to pursue their dreams and deserves inclusion in the Virginia family.

Planned Parenthood is unhappy about the appointment and the changes made to the position, tweeting, “Virginia now has a DEI officer encouraged to spout and defend anti-abortion legislation, some of the least inclusive and equitable policy on the books.”

In addition to protecting preborn human lives, Sailor will be tasked with expanding opportunities for people with disabilities and from disadvantaged backgrounds, and with eliminating disparities in prenatal care.