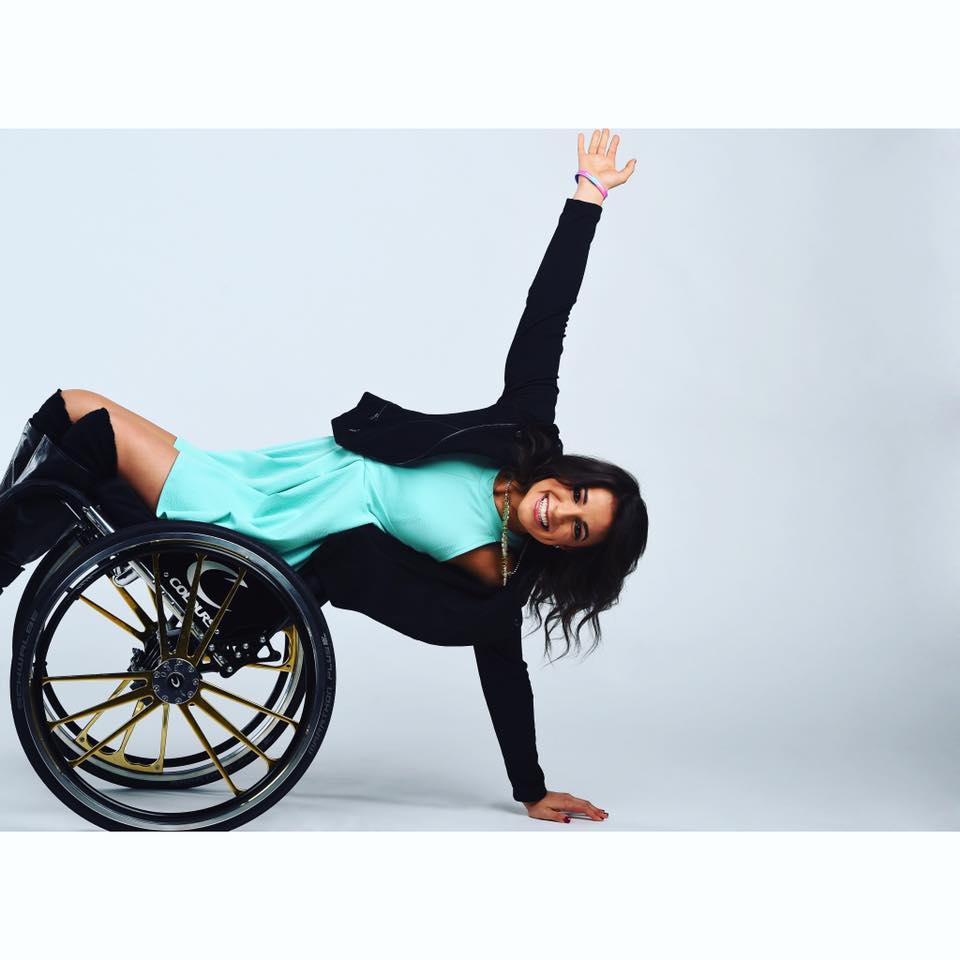 Former Paralympic swimmer and current Dancing with the Stars competitor Victoria Arlen was just 11 years old in 2006 when she developed two rare neurological conditions that attacked her brain and spine. She spent years in a vegetative state and doctors warned her parents that she would likely not survive. It took a decade, but Arlen fought hard and eventually regained control of her body.

In a special Foxtrot performed on the October 9, 2017, episode of Dancing with the Stars, Arlen, a features writer for ESPN, and her dance partner Valentin Chmerkovskiy shared her emotional journey complete with a wheelchair.

Doctors had initially believed Arlen’s appendix was the problem. They removed it, however, her health continued to deteriorate. She would remain undiagnosed for years.

“She started to decline very quickly,” her mother Jacqueline told Dancing with the Stars. “She was in a wheelchair. She was having trouble swallowing. I could see in her face that she didn’t know who I was.”

In a 2016 essay, the now 22-year-old ESPN features reporter told how within a matter of a few weeks her legs began to give out underneath her and she lost all feeling in them. Then she could no longer feel her hands. Then her arms. Then she couldn’t swallow or find the words she wanted to say.

“It was as if someone was slowly shutting down the switches on the circuit board that controlled my body and brain,” she explained. “I was slowly slipping away from my family.

“Then everything went dark.”

It would be two years before Arlen would wake up again. She was unable to move, but she could hear and understand everything that was happening and what everyone was saying. She was having seizures every two to five minutes. And no one knew that she was aware of everything.

“It was horrible. I mean as a father when you can’t protect your child…” recalled her father holding back tears.

Three years after she first became sick, Arlen was finally given the proper diagnosis of Transverse Myelitis and Acute Disseminated Encephalomyelitis. Both are autoimmune disorders.

This moment, this dance….. there are truly no words. For a decade my chair was a symbol of pain, loss and suffering that at times was beyond anything I could ever imagine. I stood up a year and a half ago and never in a million years planned on sitting back down, because it honestly hurt too much. But tonight thanks to my incredibly special friend/dance partner this chair no longer was a scar, it became a star of an epic foxtrot and a symbol of the fact that ‘I LIVED’ #TeamViVa ?? • P.S. Voting is still open until 8 pm (Click the link in my bio)

“I’ve since learned that, had my doctors diagnosed me correctly in 2006, a steroid injection could have prevented all of this,” she wrote. “But at the time of my diagnosis, they offered my family little hope. They told them I would be a vegetable for the rest of my life. I heard those conversations.”

Her parents, unaware that their daughter knew what was being said about her, created a hospital like room for her and brought her home. They and her three brothers talked to her and kept her updated on life even though they didn’t know she could understand everything they were saying.

“One of my first memories of being locked-in, this doctor basically said, ‘She’s not going to make it. You need to accept the fact that your child’s going to die.’ I just wanted to scream,” explained Arlen. “At that moment I decided that I’d be damned if this is how my story ends.”

Then in December of 2009, she was able to make eye contact with her mother. That was the first step on her long road to recovery.

In 2010, she began to regain her ability to speak and the use of her hands. She learned to hold up her head again. Then she was able to swallow. Each day she was making progress. However, she still wasn’t able to walk and every expert she met with told her she never would.  She says she simply didn’t believe them and refused to let go of her hope.

Having always been a good swimmer, she worried she wouldn’t be able to get back in the pool again. Her brothers, having faith in her, got her in the family pool and she realized she felt free and that she could actually still swim well. It was the boost of confidence she needed to move forward.

In 2012, she made the USA Paralympic swim team and competed in London where she won three silver medals and a gold. She even set a world record. But she still wanted to walk again.

She and her mother headed to San Diego to attend Project Walk, a paralysis recovery center that helps people with paralysis get back some leg function and even walk. They were homesick for the East Coast, however, and so the family mortgaged their home in order to open up a Project Walk location in Boston.

“Despite agonizing frustration, I put in everything I had every day, spending thousands of hours working and fighting for one flicker of a sign that my legs were still alive,” said Arlen. “For the longest time, I didn’t see even a twitch of movement below my level of injury.

Six years after she had woken up, Arlen was finally taking the steps she had been working so hard for. She slowly regained more movement, walking with the aid of crutches and leg braces. In March of 2016, she dropped the crutches and she hasn’t looked back.

When I was five I was asked by my teacher “what do you want to do when you grow up” my response “win a gold medal”. And I’m sure you can imagine her response. But despite the odds and circumstances I achieved that lifelong dream five years ago today. To be honest I don’t know where I would be without that experience. To me it was more than winning a gold medal, that moment was a moment where I knew and truly felt alive for the first time in a really long time. Two years prior to this moment I was waking up from a four year vegetative state and feeling “alive” was the last thing I felt. And this “dream” I had seemed unattainable; impossible actually. But who says you can’t do the impossible? #ProvePeopleWrong ??

“That’s not to say every day is perfect,” she explained. “Walking is still challenging and I still have significant impairment. I wear leg braces, follow a training program for two-to-three hours per day and on the days when my legs feel more paralyzed, I have my chair or crutches on standby. But my struggle now is less visible.”

A year after writing the essay detailing her health struggles and her determination, Arlen achieved a dream which she had announced to her trainer many years before – she became a contestant on Dancing with the Stars. Although she wasn’t in a wheelchair as she imagined she would be, she dedicated a dance to her years of struggle and determination. That dance included a few moments in a wheelchair, reflecting back on the blood, sweat, and tears that lead to her remarkable recovery.

“It took me ten years to get back what was taken away from me. This is the first year that I finally can just live,” she said on Dancing with the Stars. “[…] I don’t like to sit now that I can stand.”