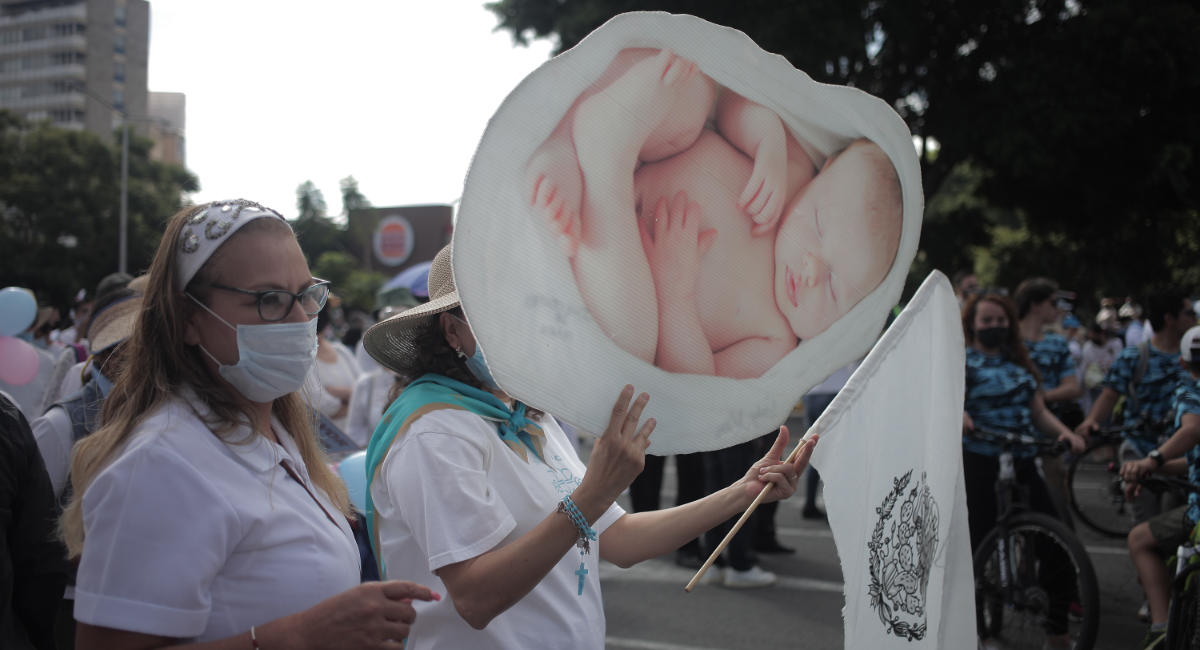 (Collective of Free and Sovereign Women) Within the framework of September 28, the day of global action to decriminalize abortion, the Collective of Free and Sovereign Women asserted that the abortion industry is a million-dollar business, imposed by foreign companies that finance Mexican feminist groups to demand the misnamed “legal, safe and free abortion.”

In a statement, the group stated that “far from being an action that prioritizes our interests as women, abortion is a business that benefits a small sector, worldwide.”

According to an investigation carried out by a prestigious magazine, the abortion industry in Mexico is worth more than 200 million dollars annually. Paulina Mendoza, spokeswoman for the collective, emphasized that in Mexico, American and European companies allocate millions of dollars to guarantee the so-called sexual  and reproductive rights of women, which are reduced to promoting abortion without pointing out all its short term consequences, medium, and long term.”

The journalistic investigation “Foreign money that promotes abortion in Mexico” carried out by DEPAM denounces these main companies: Ford Foundation, Gates Foundation, International Planned Parenthood  Federation (IPPF), Rockefeller Foundation, MacArthur Foundation, [and] Open Society, among others. Pilar Vázquez, a Mexican activist, said that with these data, “the common denominator of all these industries is the interest in population control through the imposition of discriminatory and racist policies that, instead of creating jobs and reducing poverty, chooses to discard lives and endanger the life and health of women in Mexico and Latin America.”

For her part, Marcela Errecalde, an Argentine activist, denounced that “organizations like Catholics for the Right to Decide have received a total of $22,041,887 from abroad since 2008. Since 2008, the Elected Reproduction Information Group (GIRE) has received a total of $22,383,848 from abroad. It should be noted that one of its founders, Marta Lamas, [admitted] in an academic forum the deliberate practice of inflating and inventing figures for the deaths of women from clandestine abortions in order to achieve the decriminalization of abortion in Mexico City.”

The Collective of Free and Sovereign Women condemned that “Mexican feminist organizations, which claim to fight for our rights, benefit from billions of funds from abroad at the cost of the life and health of women and unborn children.”

They demanded audits of these organizations to ensure that the use of their resources is for the benefit of the real needs and to solve the problems that affect them as women: violence, insecurity, lack of comprehensive health care, access to education, poverty, inequitable work, protected motherhood, [and a] lack of opportunities for young women, among others.

“We raise our voices to point out that abortion is a business that encourages violence against women. Do not speak for all; not all Mexican women want the legalization of abortion,” they concluded.

Editor’s Note: This press release was issued by the Collective of Free and Sovereign Women (Mujeres Libres y Soberanas).