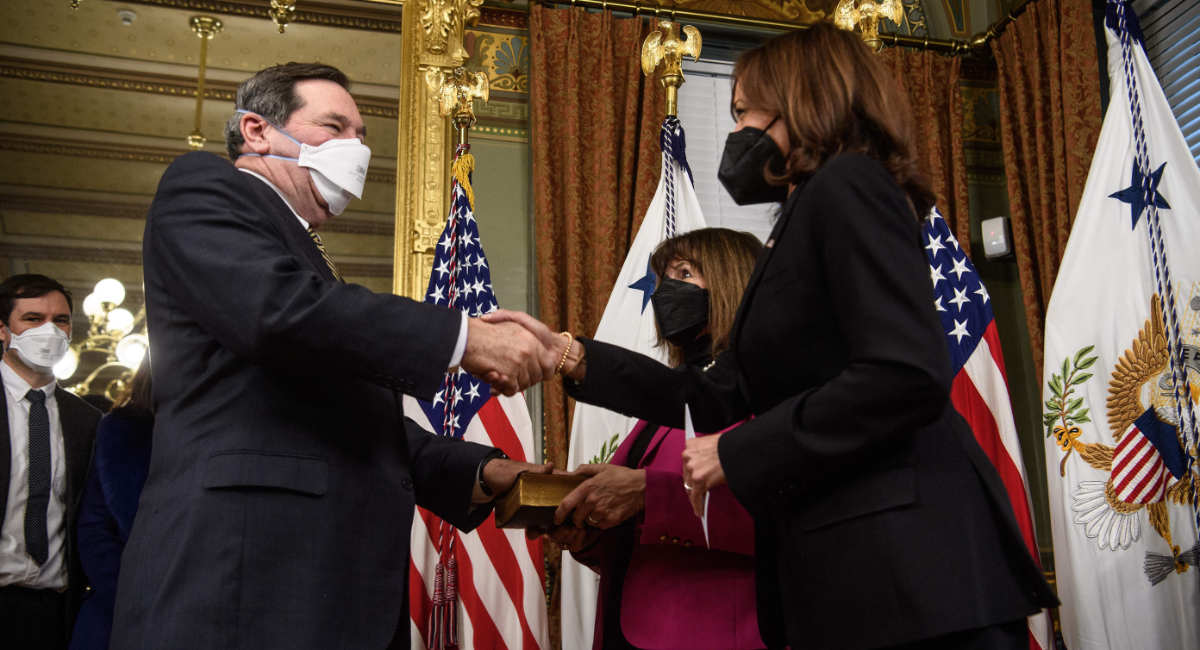 The Catholic Church has been clear and unwavering in its pro-life stance. But that didn’t stop President Joe Biden from selecting a new ambassador to the Holy See with a mixed, sometimes pro-abortion voting record. On numerous occasions, new ambassador Joe Donnelly has deviated from his previous pro-life voting history in support of abortion and abortion giant, Planned Parenthood.

Donnelly presented his credentials to Pope Francis at the apostolic palace in Vatican City on April 11, becoming the 12th ambassador to the Holy See.

“My family and I are proud to be members of the Catholic faith, and through my years of public service, the Church has been a core part of my life and my values,” he said in a statement shared on Twitter.

However, Donnelly brings to the table a history of waffling back and forth on pro-life issues, which does not align with the teachings of the Catholic Church. According to the National Right to Life, Donnelly’s pro-life voting record is just 28%.

Donnelly was nominated as the new U.S. ambassador to the Holy See on October 8, 2021, and confirmed January 20, 2022. He represented Indiana in the U.S. Senate from 2013 to 2019 before becoming a partner at Akin Gump, a Washington firm specializing in public law and policy. Previously, he served in the U.S. House of Representatives.

In his early days in the House, Donnelly made clear his pro-life stance when he opposed a Democratic proposal to allow federally funded stem cell research. He also voted pro-life by opposing a measure to provide foreign aid to organizations abroad that promote abortion as a method of family planning. His other notable pro-life stands include voting for a ban on abortions committed after 20 weeks of pregnancy, and being one of only two members of his party to vote to defund Planned Parenthood after the Center for Medical Progress exposed the abortion business’s role in trafficking the body parts of aborted babies.

However, as Donnelly transitioned from the House to the Senate, he began noticeably backtracking on his previous pro-life position. For example, while in the Senate, he reversed his previously held position against federal funding for Planned Parenthood. The IndyStar reports that Donnelly told reporters he “no longer votes to block funding to Planned Parenthood, as he did when he was in the House, because his job as a senator is to represent the entire state. And there are communities in Indiana where Planned Parenthood is the only health care provider.”

Live Action News previously reported that NARAL has alternately rated him 0% in 2016, to 80% in 2018, his most recent score. National Right to Life has also rated him from 83% in 2010 to 20% in 2014, most recently having a score of 40%. Donnelly has stated he opposes abortion, but believes exceptions should be made in cases of rape, incest, or when the mother’s health could be at stake.

Donnelly has also come to the defense of President Biden who has been challenged on many occasions for espousing Catholic beliefs while publicly supporting pro-abortion policies. In an IndyStar op-ed, Donnelly said, “Joe Biden lives his faith every day. Every Sunday, he is on his knees attending Mass and praying for his country, his family, and all those in need in our beloved nation. I know this because I know Joe Biden and I come from the same Irish Catholic faith tradition.”

Opposition to abortion in the Catholic faith is clear. The Catechism of the Catholic Church states, “Since the first century the Church has affirmed the moral evil of every procured abortion. This teaching has not changed and remains unchangeable. Direct abortion, that is to say, abortion willed either as an end or a means, is gravely contrary to the moral law.”

With a mixed voting history, it is unclear how the issue of abortion will influence Donnelly’s work ahead.