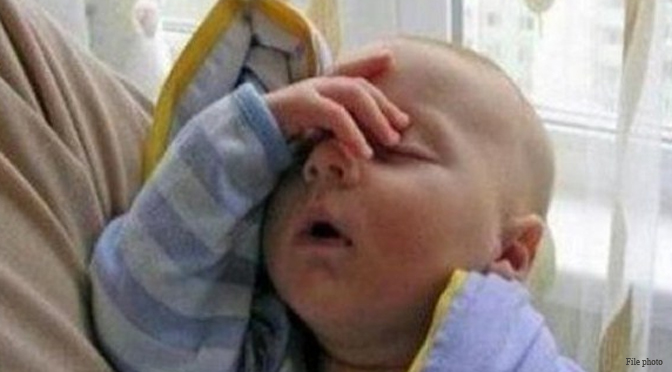 The ACLU’s latest attack on pro-lifers may be so preposterous that it almost discredits itself, but that hasn’t stopped the folks at ThinkProgress from lapping it up. On Wednesday, Alex Zielinski approvingly wrote that the American Civil Liberties (For Everyone But Babies) Union is filing a lawsuit against Arizona for its law requiring abortionists to confirm that abortions they perform aren’t sought on the basis of the child’s sex or race…

“[The law] is a blatant violation of equal protection and the prohibition against state laws that discriminate on the basis of race,” the ACLU complaint states.

The law’s creators used racist stereotypes to back the need for its creation, arguing that Asian American women historically kill female fetuses and black women terminate their pregnancies because of racial biases. Neither arguments are based on existing data. None of the lawmakers involved have a history of supporting minority issues. These false stereotypes appear to be solely constructed by conservative lawmakers to block more women from accessing abortion care.

“We know that people from those countries and from those cultures are moving and immigrating in some reasonable numbers to the United States and to Arizona,” state Senator Rick Murphy (R) said after voting to help pass the legislation.

“And so with that in mind, why in good conscience would we want to wait until the problem does develop and bad things are happening and then react when we can be proactive and try to prevent the problem from happening in the first place?”

Instead of acknowledging the false narratives behind the original law, the ACLU will use scientific research on the negative effects of racism to back their arguments in front of a Ninth Circuit judge on Wednesday.

The mind boggles at how little these objections—objections, mind you, constructed by what is supposed to be the premiere legal advocacy group for one side of the political spectrum in this country—have to do with any actual legal principles that would be relevant.

The sole determining factor in whether a law violates anti-discrimination principles is whether it, y’know, discriminates against a particular group. A law for the express purpose of preventing racial or sexual discrimination, equally applicable to all abortion seekers, manifestly does not. The ACLU knew this going in, so they had to get creative. And by “get creative” I mean “go full con-artist.”

The arguments used to build support for any given law, no matter how erroneous or prejudiced (we’ll get to that in a bit) they may be, have no bearing whatsoever on that law’s constitutional permissibility. The varied rationales and personal opinions animating people to voice their support or cast their vote for a policy have no legal standing; only the law’s actual effect does. If a policy decision deserves reversal because it was made on the basis of misguided or even duplicitous motivations, that’s what elections are for. Not all bad ideas are unconstitutional (nor all theoretically-good ideas constitutional).

To see the absurdity of this, just consider that for virtually any given issue (including abortion), people can be found on both sides who claim their favored course of action is what God wants. So according to the “logic” used by the ACLU here, if intent defines constitutionality, virtually anything government ever does about anything could be construed as an establishment of religion violating the First Amendment. The self-evident madness of it all is proof that the ACLU itself cannot possibly believe its own argument (whether ThinkProgress thought that far ahead is anyone’s guess, though).

Similarly but perhaps even more egregiously, whether “the lawmakers involved have a history of supporting minority issues” is also irrelevant. You might as well throw out the Violence Against Women Act because the President who signed it, Bill Clinton, didn’t really respect women.

Constitutionality aside, the attack on the motives of the law’s advocates shamefully ignores history. Abortions specifically targeting girls and minorities for extermination are not hypothetical. Live Action’s own Gendercide Investigation has found not only several mainstream academic studies finding evidence of systemic sex-selection abortion in the United States, but personnel at multiple Planned Parenthood locations perfectly willing to help with abortions motivated solely by the babies’ sex:

Our Planned Parenthood Racism Project investigation has caught PP representatives more than happy to earmark donations for black victims. And of course, let’s not forget the racism of PP founder Margaret Sanger.

This lawsuit is the very definition of indefensible. Let’s hope the first judge they bring it to recognizes it as such.