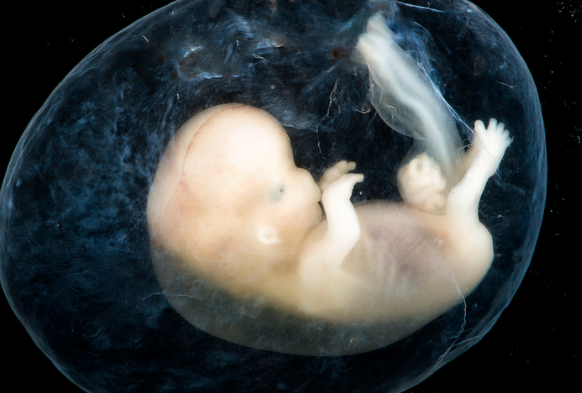 New information from the Center for Medical Progress (CMP) alleges that a “government-funded” university laboratory is seeking fresh aborted baby body parts — and is willing to purchase them from just about anyone.

CMP wrote in a tweet, “Apparently the government-funded laboratories at @UCSanDiego are so greedy for “fresh” aborted baby body parts, they will try to buy them from ANYBODY — even without bothering to check who they are emailing. @HHSGov please STOP this now! #PPSellsBabyParts.” CMP linked the tweet to a document of e-mail exchanges with what appears to be researchers at the University of California, San Diego (UCSD). 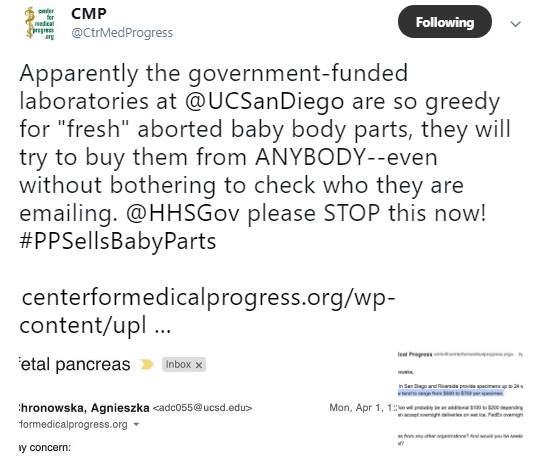 The e-mail thread, running from April 1, 2019, to May 6, 2019, appears to show a request by Dr.Agnieszka DAntonio-Chronowska, from a “genomics and genetics” lab at the UCSD contacting CMP for “human fetal pancreas” with “optimal age of donor” or baby “between 4-8 weeks embryonal development” or “any other available embryonal stage.” 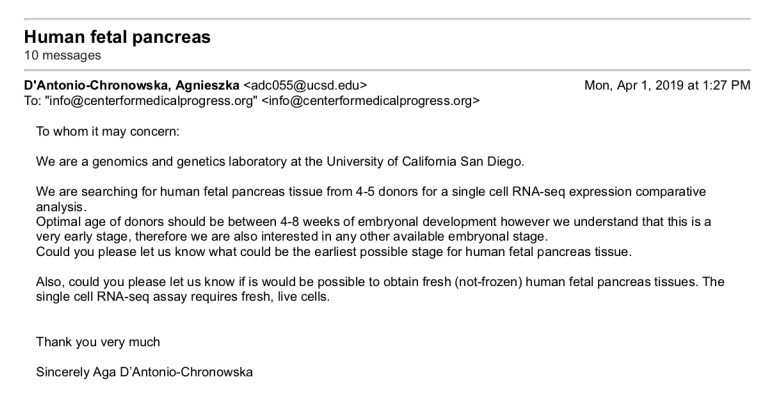 Email from UCSD to CMP for human fetal pancreas

D’Antonio-Chronowska’s signature states she is a “Senior scientist in laboratory of Kelly A. Frazier, PhD.” at UCSD’s “Cellular and Molecular Medicine Building.” According to the Frazier Lab at UCSD, Dr. Frazer is an “internationally renowned leader in the field of genome biology and medicine. She is the director of UC San Diego Institute for Genomic Medicine and founding chief of the Division of Genome Information Sciences in the Department of Pediatrics at UC San Diego.”

The requested “specimens” (ages 4-8 weeks) could potentially include preborn babies whose fetal heartbeat can be detected and ones many pro-life Heartbeat Bills were created to protect.

The correspondence continued, with the Center for Medical Progress answering Dr. D’Antonion-Chronowska’s questions very carefully and factually, without stating that they actually offered any specimens….

Email from CMP to UCSD for human fetal pancreas

In the email shown above, CMP was referring to two of Planned Parenthood’s California facilities that were part of an undercover investigation into the selling of aborted baby body parts. A past CMP press release states in part:

The correspondence appears to end there. 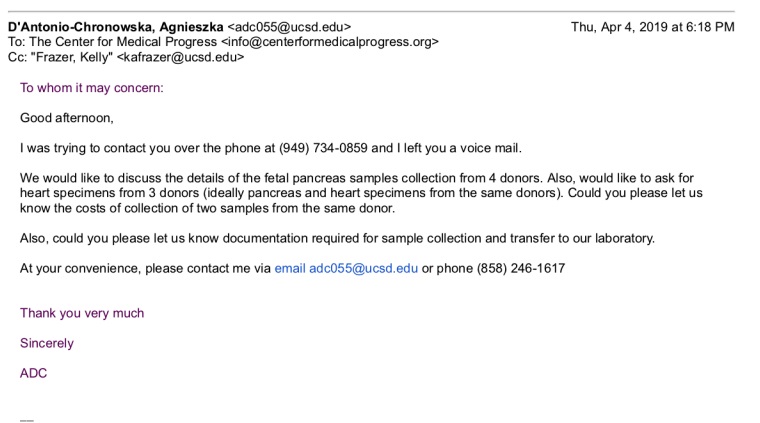 Email from UCSD to CMP for human fetal heart specimens 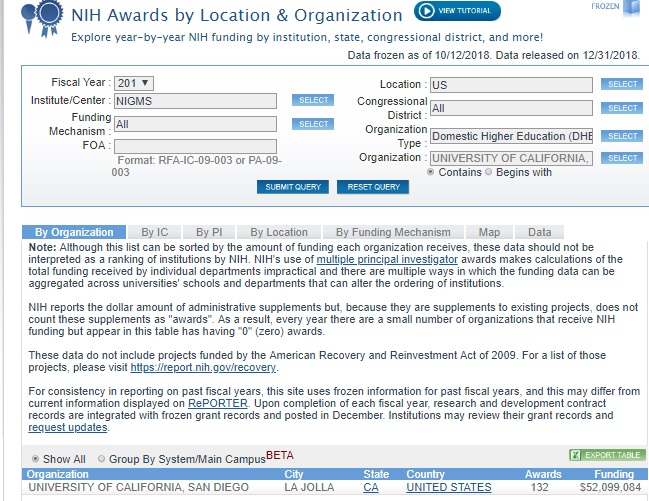 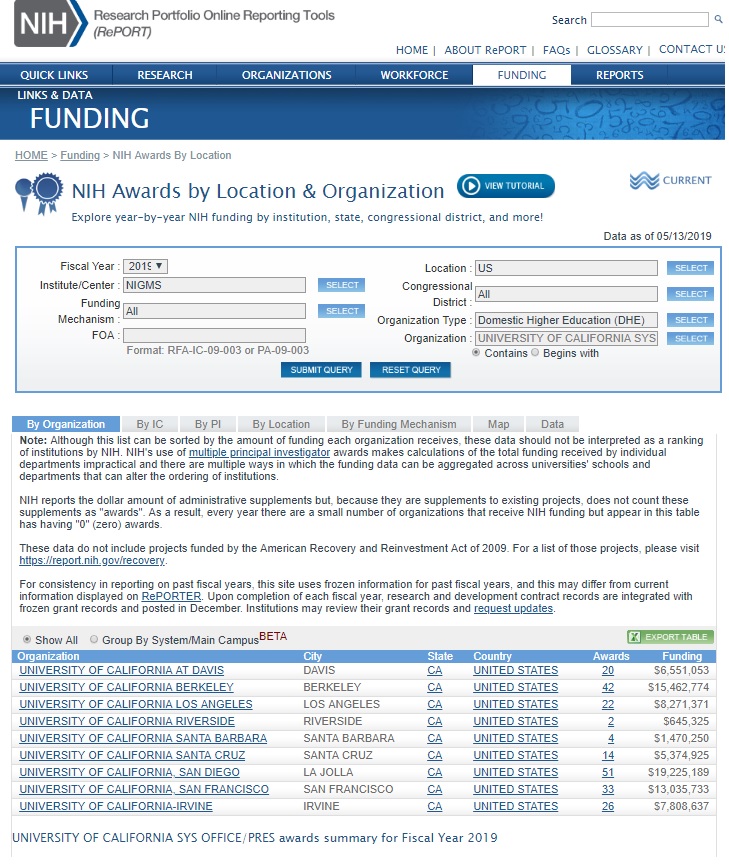 A search of overall HHS grants to UCSD for several years reveals a staggering amount of tax dollars being funneled to the University.

“Even as the Department of Health and Human Services continues an agency-wide audit of fetal experimentation and the U.S. Department of Justice investigates the sale of aborted fetal tissue at Planned Parenthood and their business partners, government-funded researchers do not seem to have curtailed their appetite for aborted baby body parts one bit,” CMP founder David Daleiden told Life Site News.

“It is far past time for HHS to end the barbaric practice of taxpayer-funded fetal experimentation, and for the Department of Justice to do their job and hold Planned Parenthood and other baby body parts traffickers accountable to the law,” he added.