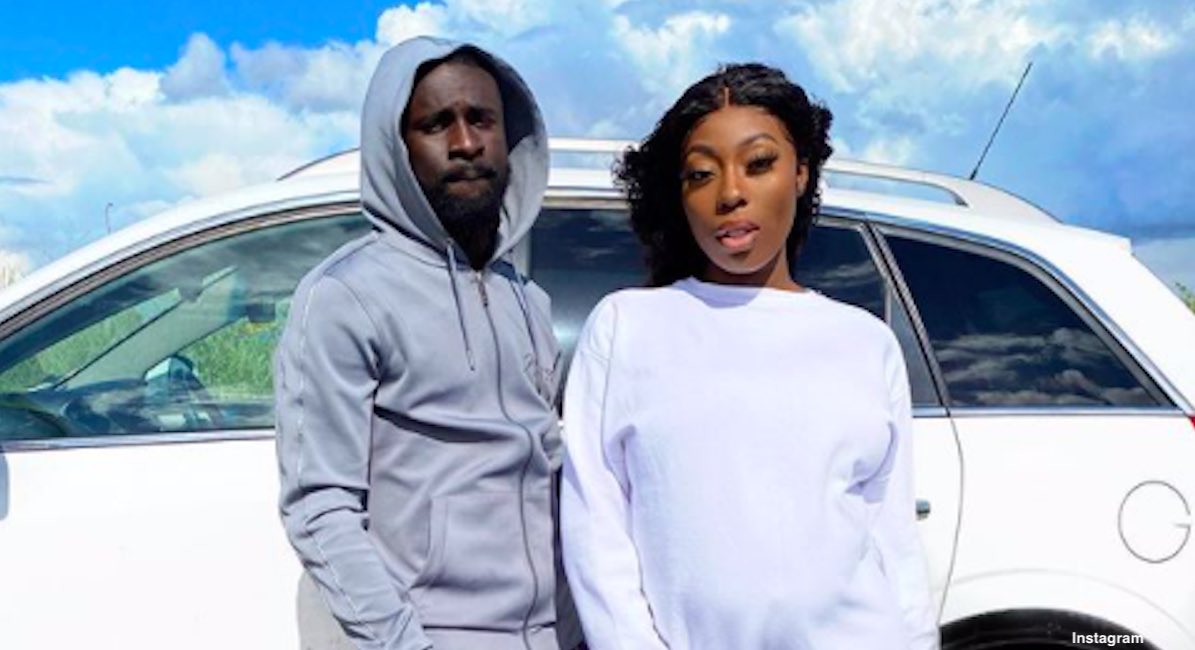 London-based YouTube star Nicole Thea has died at the age of 24, along with her preborn son. The cause of their deaths remains unclear.

“To all Nicole’s friends and supporters it is with great sadness that I have to inform you that Nicole and her son she and [Jeffery Frimpong aka Global Boga] named Reign sadly passed away on Saturday morning,” said the family in a statement. “As a family we ask that you give us privacy because our hearts are truly broken and we are struggling to cope with what has happened. Thank you her mum RIP My beautiful baby girl Nicnac and my grandson Reign, I will miss you for the rest of my life until we meet again in eternal heaven.”

Thea, who was eight months pregnant, was known for her videos about dancing and beauty. Lately, she had been sharing her pregnancy journey with her 200,000 collective YouTube and Instagram followers. 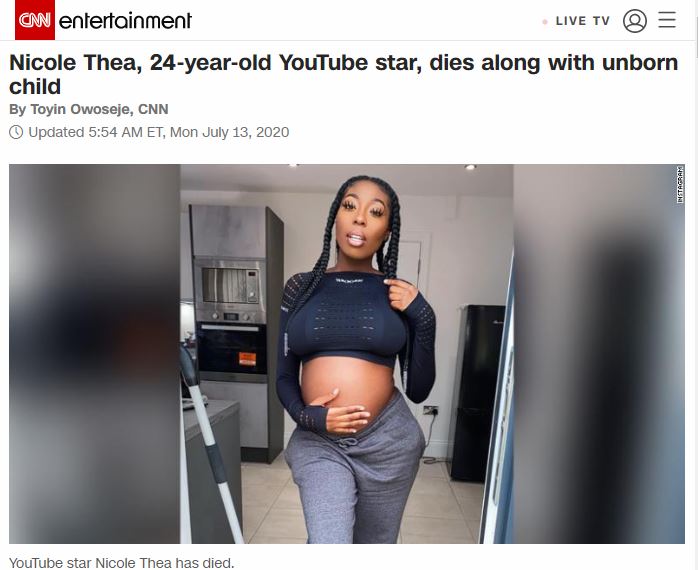 News outlets around the world announced the heartbreaking news using language that is extremely rare and shockingly controversial. From CNN to HuffPost, major media outlets referred to Thea’s preborn child as he rightfully should have been referred to: as her “unborn son” and “unborn child.” In doing so, these media outlets prove that, based on their rules, a preborn child can lose or gain his humanity based on whether or not he is “wanted.”

For example, when reporting on the Born-Alive Abortion Survivors Protection Act in February, CNN referred to a newborn abortion survivor as a “fetus that was born.” After receiving backlash, CNN later changed the word “fetus” to quote directly from the bill’s language. HuffPost reported similarly in 2013 regarding a federal law signed by then-President George W. Bush, saying the bill would ensure the “legal protections to fetuses that are born alive after attempted abortions.”

READ: Denying humanity of preborn children is the very definition of ‘junk science’ 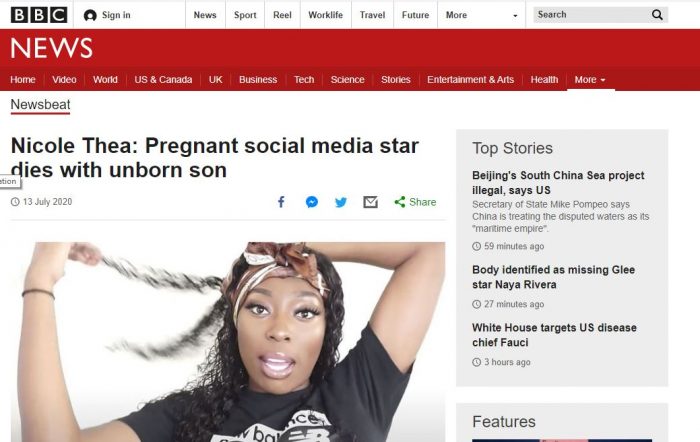 Other news sites have done the same, according to the Washington Examiner. In 2008, the Associated Press referred to legislation to protect abortion survivors as “protecting aborted fetuses that were born alive and were considered able to survive.” In 2015, the Associated Press also referred to a premature baby as a “fetus… born alive 22 weeks into the pregnancy.” National Public Radio did the same when journalist Cynthia Corney said that a law to protect abortion survivors would make it “an explicit crime for failing to protect a fetus that was born alive.” HuffPost made similar comments in 2013 and the Daily Mail did so in 2002.

With regard to abortion, whether a preborn child is eight weeks or 40 weeks or even born alive, major abortion-supportive media outlets consistently refer to them as “fetal tissue” or “fetuses” — never “baby,” “child,” or “son.” By calling Thea’s baby her “unborn son,” these news sites are (correctly) humanizing this wanted child. In calling other preborn children (or even infants who survive abortions) “fetuses,” these same news outlets work to dehumanize an entire group of human beings.

The only difference in the media’s reporting and labeling of these human lives is whether or not one person, the child’s mother, had determined that her child was “wanted.” Being “wanted” should never determine a person’s humanity. Every human being deserves to be treated as a human being with value.