In 1948, the United Nations General Assembly in Paris proclaimed the Universal Declaration of Human Rights. It named “fundamental human rights to be universally protected” and said the “inherent dignity and […] equal and inalienable rights of all members of the human family is the foundation of freedom, justice and peace in the world.” However, the Assembly erroneously included only “born” human beings as members of the human family, and in doing so, denied the humanity of preborn human beings. But in 1948, society knew far less than we do today about human beings in their first stages of development.

Today, 72 years later, advancements in science tell us that human embryos and fetuses are undeniably human beings — members of the human family. They are worthy of rights and protections.

The scientific community clearly agrees that life begins at fertilization. From that moment, a new and unique human being with her own distinct DNA has come into existence and lives. She lives because she is growing, developing, and changing, and in order to do so, she must be a living entity. Through the next six weeks, her heart will begin to beat as early as 22 days. According to The Endowment for Human Development (EHD), her brain will begin to rapidly develop and the hemispheres will appear. Her kidneys will develop, as will the bronchial branches of her lungs. Her sex was determined at fertilization.

At this point, the chance of miscarriage has dropped to 10%. According to EHD, at six weeks, brainwave activity has begun and the baby can move her hands. By seven weeks, she is able to move her head and legs, her ovaries are present, and she can hiccup. Her heart now has four chambers and her heart rate peaks at 170 beats per minute. 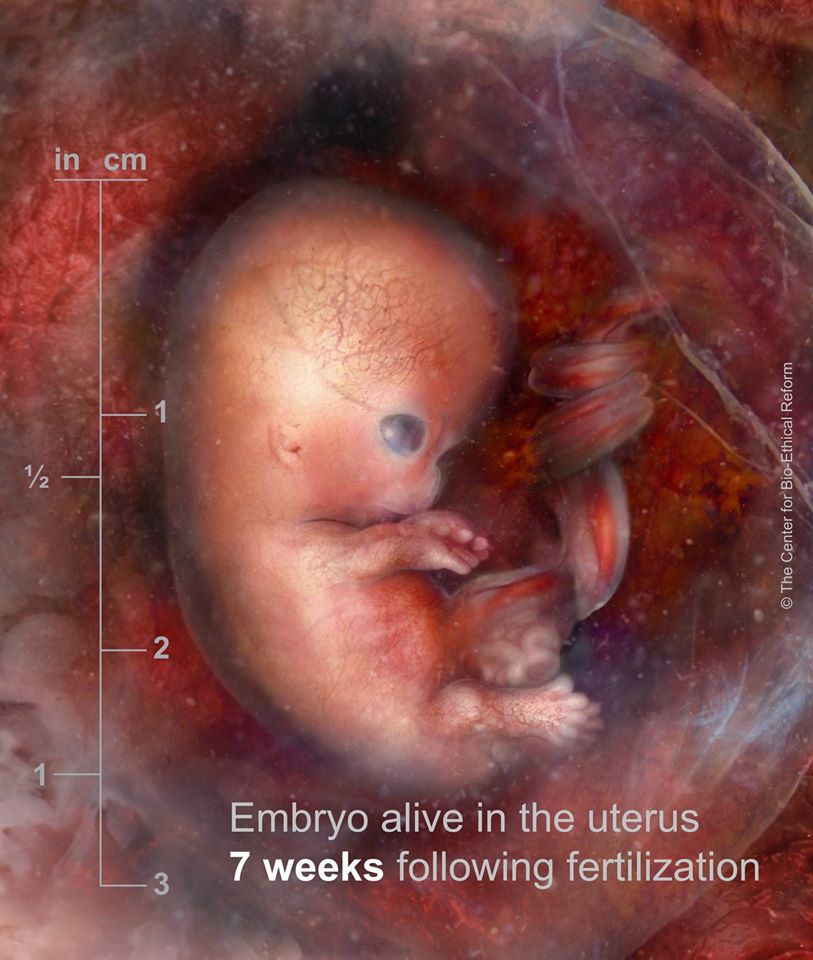 At eight weeks, she is sucking her thumb and drinking fluid. She can sigh, stretch, and open her mouth. She is also sensitive to light touch and reacts when a foreign object such as an abortionist’s instruments enter her environment. Despite this, aspiration — or D&C — abortions are committed at this age and the child is vacuumed out of the mother’s uterus with a force “10-20 times” that of a household vacuum cleaner, according to former abortionist Dr. Anthony Levatino. During the ninth week of her existence, her weight will increase by more than 75%. During week eleven, her face is capable of making complex expressions. Her nose and lips are formed and her sex can be visually distinguished.

During these four weeks, preborn children begin to add body fat, according to EHD. Stimuli touching the mouth of a preborn child will cause her to turn toward that stimulus. She also has a hormonal stress response to any invasive procedures, like abortion. At 13 weeks and up until 24 weeks, abortionists most often use the Dilation and Evacuation (D&E) dismemberment abortion procedure in which a pain-capable child who can respond to stimuli is killed by having her limbs ripped from her torso and her skull crushed. This is a horrific and inhumane death. 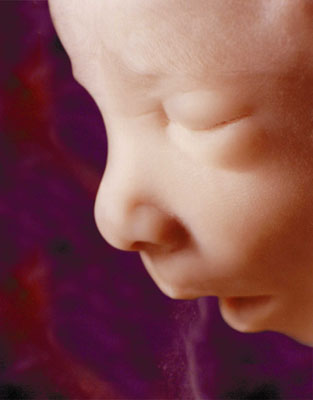 Twenty weeks is the halfway point of pregnancy and during this time the baby simply needs more time to mature and gain weight. Mothers can begin feeling their babies move inside the womb and those kicks will grow stronger as the baby gains weight.

(Original Caption) The needle telescope is inserted into the womb under local anesthetic. It is used so that doctors can control the attached syringe with accuracy. The blood sample is then taken from the placenta. The fetus in the picture is 18 weeks old. (Getty Images)

Though the baby’s eyes are still fused shut, her eyelashes and eyebrows are beginning to grow. During this time frame, doctors may diagnose certain fetal health conditions. 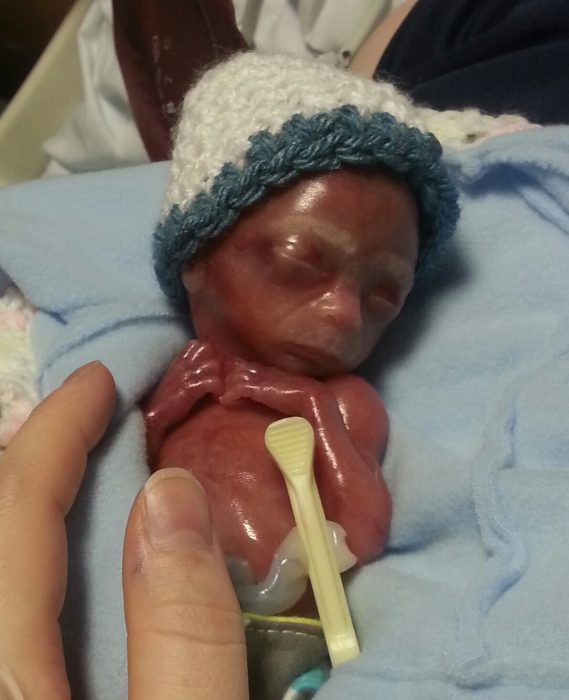 Babies at this age are capable of surviving outside the womb. In December 2019, Jemarius Jachin Harbor Jr. was born at just 21 weeks, making him one of the youngest preemies to survive. Lyla was also born at 21 weeks and survived. During this second half of pregnancy, babies are growing bigger and stronger. By 40 weeks, a preborn child’s heart will have beat 54 million times. She is a living member of the human family, deserving of the right to life. Yet, during this stage of pregnancy, when early delivery is possible to save the lives of both mother and child, abortionists still kill the child through dismemberment abortion or a three-day induction abortion, in which the child is injected with feticide to cause cardiac arrest before being delivered. According to abortionist Dr. Forrest Smith, there is “no question” babies often survive this procedure and are born alive. 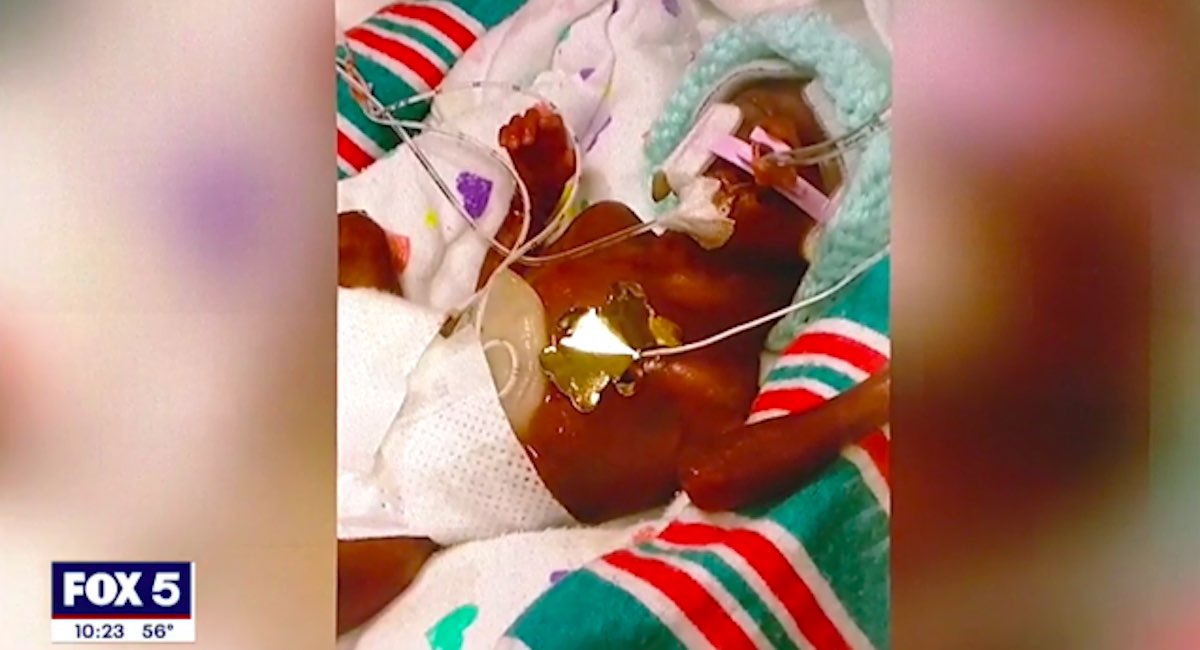 Human embryos and fetuses are undeniably human beings, yet they are consistently denied their basic right to life. The pro-life community does not believe that the life of a preborn child is more valuable than her mother’s, but that both are equally valuable and deserve equal respect under the law.

No member of the human family should suffer what preborn children suffer in the name of someone else’s freedom.