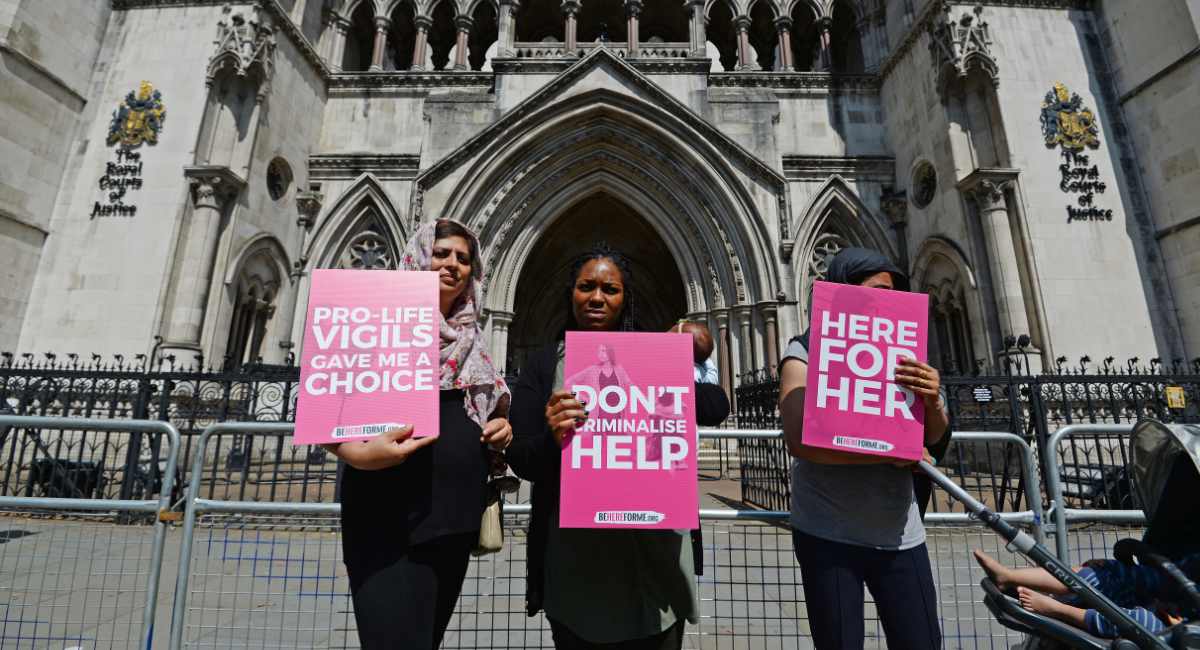 (Right to Life UK) — A Labour MP has tabled an amendment to a Bill that would introduce a jail term of up to two years for offering women support outside abortion clinics.

Rupa Huq, MP for Ealing Central and Acton, has tabled an amendment to the Public Order Bill that intends to make it illegal to offer support to a woman seeking an abortion within 150m of an abortion clinic or hospital that provides abortions.

The amendment states: “A person who is within a buffer zone and who interferes with any person’s decision to access, provide, or facilitate the provision of abortion services in that buffer zone is guilty of an offence”.

The amendment goes on to clarify that ‘interferes with’ means “seeks to influence” and “informs or attempts to inform about abortion services by any means”.

The legislation would criminalise offers of help, and handing out literature explaining alternatives to abortion outside abortion clinics and hospitals providing abortions across England and Wales, and would threaten anyone implicated in such activities with a prison sentence ranging between six months and two years. In short, it would make it illegal to be publicly pro-life outside an abortion clinic.

Huq has failed to push her amendment through on previous occasions, most recently when she tried to add it to the Police, Crime, Sentencing and Courts Bill. 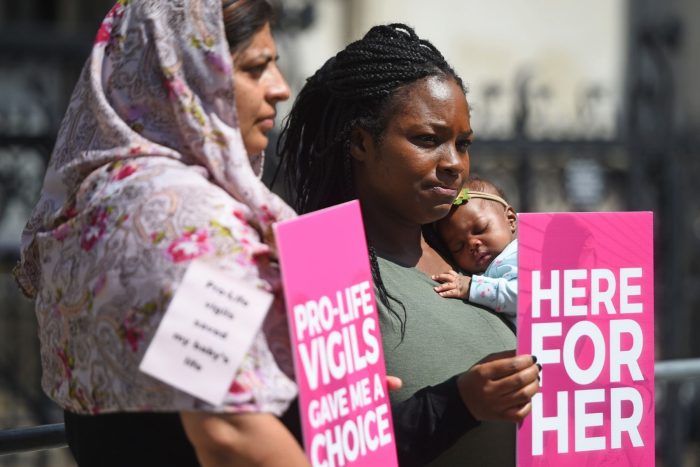 Two women, who were approached by Pro-Life vigils outside of abortion clinics in London, stand outside the Court of Appeal with their children, as an appeal against a ban on demonstrations outside a London abortion clinic is set to be heard. (Photo by Kirsty O’Connor/PA Images via Getty Images)

A poll released last year showed that only 21% of the population support the introduction of nationwide ‘censorship zones’ around abortion clinics.

The polling was undertaken by Savanta ComRes who interviewed 2,191 British adults online in June, 2021. It showed that support was lowest among 18 to 34-year-olds, with only 15% supporting the introduction of nationwide ‘buffer zones’ around abortion clinics.

The poll also showed that among the general population, a majority supported either having no restrictions on speaking about the issue of abortion outside abortion clinics or restrictions in line with current legislation, which allows either an individual to be charged if they are harassing a woman, or local councils to use current PSPO legislation to introduce restrictions around a specific clinic if there are ongoing problems outside that clinic.

Speaking earlier this year, Alina Dulgheriu, who was herself scheduled to have an abortion but decided to not go ahead with it after receiving help from pro-life volunteers outside an abortion clinic in London, said:

“The day that I turned up to my abortion appointment, a volunteer outside the clinic gave me a leaflet. It offered the help that I had been searching for. I weighed up the two options I had before me, and I chose motherhood. I chose to accept help to get housing, help to find a job and help to obtain a pram, a cot and nappies. It wasn’t easy. But with the support of the group who had given me that leaflet, I couldn’t be prouder of the life my daughter and I have charted out together”.

“Wherever harassment or intimidation occurs, it can, and should, be dealt with under existing laws. However, Huq’s amendment is unnecessary and an instance of clear Government overreach”.

“Given Dr Huq’s own admission that “terminating a pregnancy is one of the most difficult and harrowing experiences a woman can go through”, why then is she, and many of her colleagues, seeking to criminalise the peaceful expression of opposition to her views, through which many women have found help and support?”