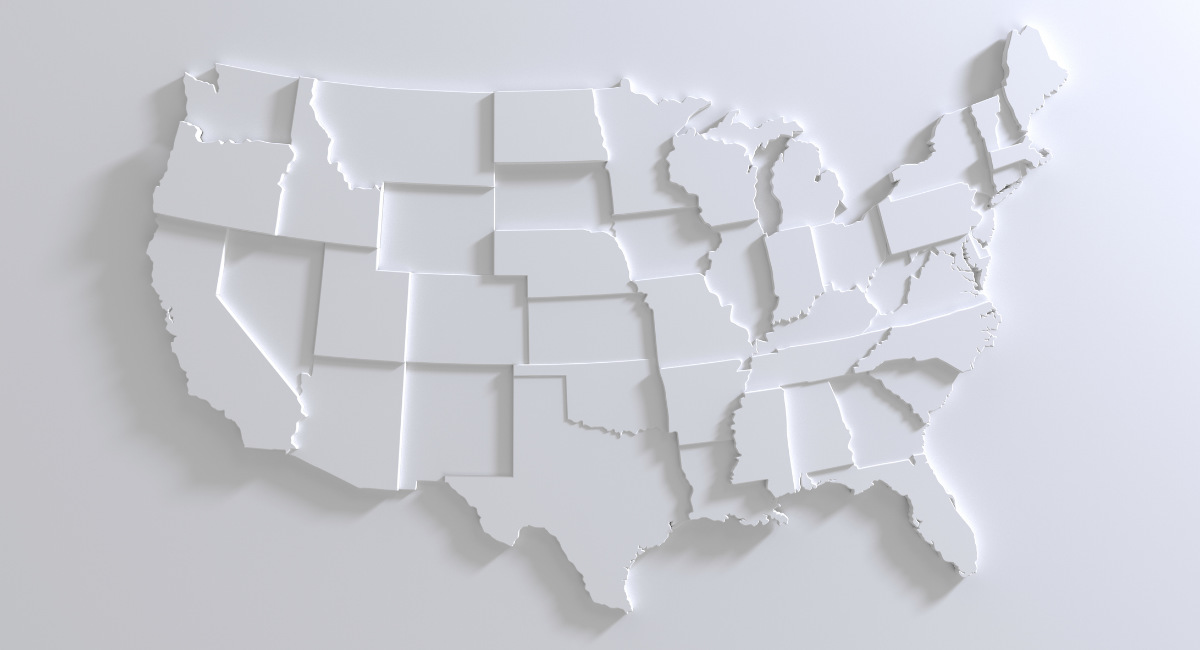 Since the reversal of Roe v. Wade, several states have passed pro-life protections, while others have doubled down on their pro-abortion measures. And it now appears, based on research from a noted pro-abortion organization, that some of those extremely pro-abortion states are the ones who were already responsible for a high percentage of the nation’s total abortions.

In 2020, just two states — California and New York — collectively committed well over 264,000 abortions — or nearly 30% of all abortions reported in the United States. California committed the highest number reported among all states and the District of Columbia (D.C.) in the nation, with New York coming in a close second, according to data published by Planned Parenthood’s former “research arm” and “special affiliate,” the Guttmacher Institute.

In addition, 2020 abortion totals from just five states made up nearly half of all abortions reported in the nation.

In addition, the data also revealed that the total number of abortions in those top five states (452,630) nearly outpaced the remaining states, which each committed less than 50,000 abortions in 2020. This means that California, New York, Florida, Texas, and Illinois (452,630) committed just 25,000 fewer abortions than the rest of the 45 states and the District of Columbia combined (477,570). Texas has since worked to protect most preborn human lives in the state.

Abortions by state (2020) California and New York highest in US (Data: Guttmacher Institute) 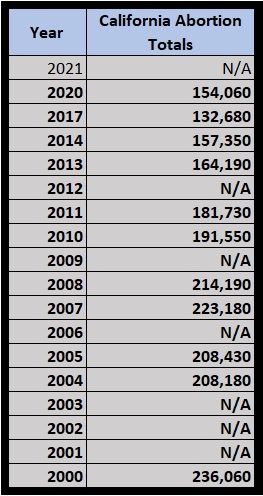 In 2020, Guttmacher’s state numbers on abortions (the most currently published data) revealed 154,060 abortions were committed in California, nearly 17% of the national abortions reported to Guttmacher for the same year. The 2020 data also showed that between 2017 and 2020, California’s abortion rate increased over 17% from 2017 to in 2020. Guttmacher has not yet published data on the number of providers and clinics that commit abortions in California.

One reason for the high numbers could be taxpayer-funded abortion in the state. 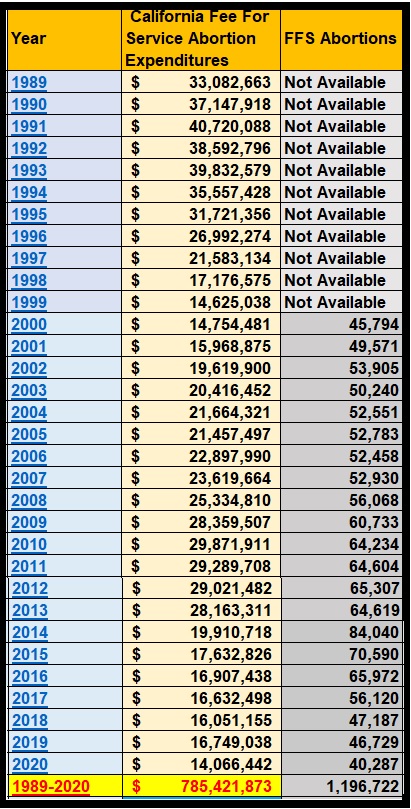 In 2020, abortions committed in New York State totaled 110,360, nearly 12% of all U.S. abortions reported by Guttmacher that same year. This was the second highest recorded number among all 50 states and D.C., second only to California. Guttmacher data from NY may differ slightly from state data, since Guttmacher surveys abortion providers.

Like California, abortions in New York for 2020 have also ticked upward over previous years.

Guttmacher’s abortion data lags behind several years, and with the overturning of Roe v. Wade by the U.S. Supreme Court in the Dobbs case, it is likely that abortions will drastically increase in states such as California and New York — which place essentially no restrictions on abortion, funding them with increased taxpayer dollars.