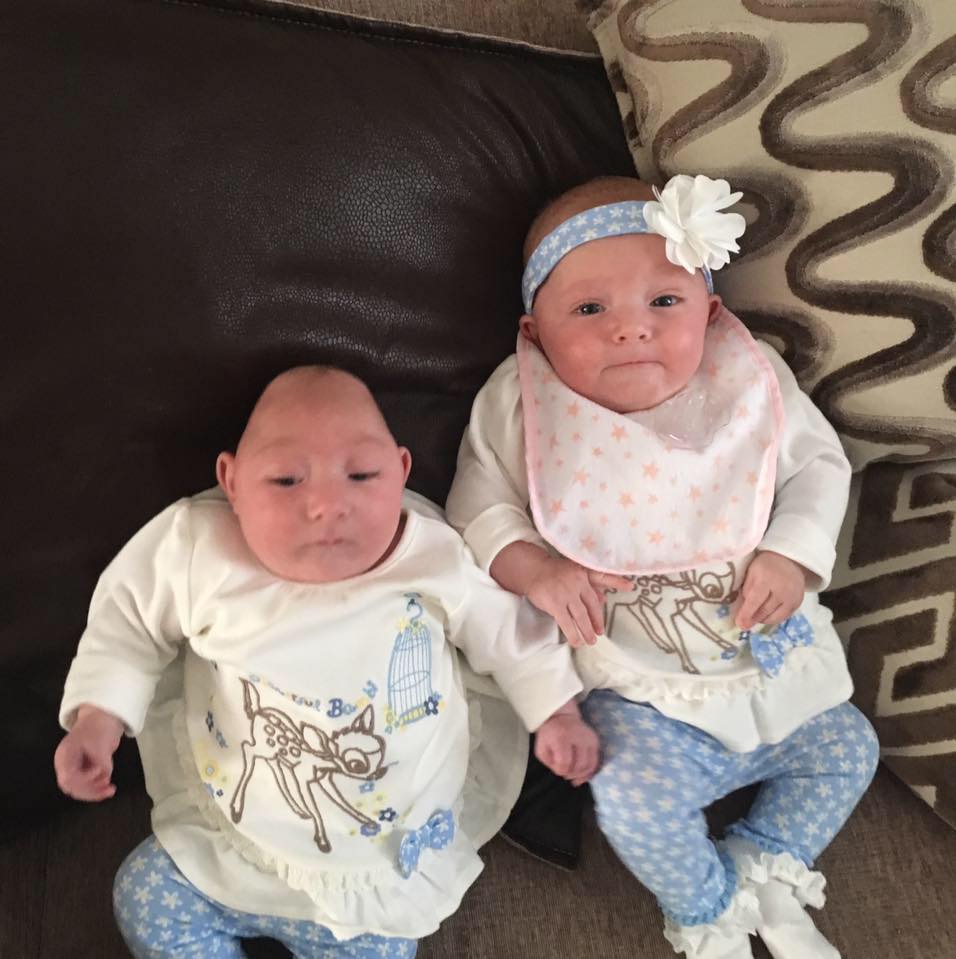 At the 13-week ultrasound for their identical twin baby girls, parents Charlotte Youds and Will Todd, both age 20, were given devastating news. Their midwife noticed that something wasn’t right with one of the twins, and the couple was sent to see a specialist. Doctors there told the couple that one of the girls had encephalocele. Her brain was growing outside of her skull, and she likely wouldn’t survive after birth.

The couple continued on with the pregnancy, choosing not to abort either girl, and in July, twins Sophia and Aniyah were born. Aniyah surprised everyone by living.

“It was hard to buy baby clothes, and prepare for birth,” Youds told the Daily Mail. “However, after she was born and struggled to breathe and as she turned cold in our arms we finally accepted what we thought was going to happen and said goodbye. After around an hour she was still with us and doctors kept coming in to check what was going on and looked shocked that she was still alive.”

The next day, Aniyah survived a surgery that would remove much of her brain tissue. A few days later, she stopped breathing and had to be placed on a ventilator. The next day, doctors advised the parents to turn off the ventilator and not to place her back on it if she didn’t breathe on her own.

“We were both broken,” explained Youds. “They unplugged all the machines and put her in our arms to say goodbye. We talked to her and promised her that we would always look after her if she just fought for us.”

And fight she did. One week after her surgery, Aniyah was at home with her family.

Told that Aniyah would likely not be able to function with only 10% of her brain, and concerned that she would need to be on oxygen, her parents are happy to report that four months later, she is still doing very well. She smiles and laughs, and she can pick her head up just like her sister. She also literally chose to remove her own feeding tube — despite predictions — and though doctors doubted it would happen, Aniyah can breathe on her own.

Her mother says, “She has done everything that doctors said she wouldn’t so far. … She’s so alert, she smiles and laughs, and she loves music, she’ll have a little dance.”

Beautiful Aniyah shows us that every life is worth living.