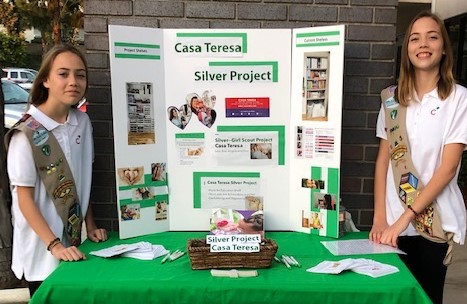 Identical twin sisters Sara and Ana Chupinsky are Girl Scouts, and as young pro-lifers, they knew they wanted their Girl Scout Silver Award project to be something that helped women and babies. Together, they decided to help Casa Teresa, a home for pregnant women in their community. But the choice was as much one of generosity to the community as it was a personal one — because they themselves were almost aborted.

“Casa Teresa is a home for women who are pregnant and trying to decide what to do,” the girls’ adoptive mother Elena Chupinsky explained to Live Action News. “They come from homes where the husband or boyfriend might be abusive or they don’t have supportive parents. They are encouraged through Casa Teresa to have the baby and once they decide to, they are able to stay there and are helped with getting their GED or going to college.”

READ: Twins saved from abortion after mother sees her babies on ultrasound

The Chupinsky family is Catholic, and given the Girl Scouts’ history of giving support to organizations that promote abortion, their pastor had not allowed the sale of Girl Scout cookies in the parish for a decade. When the girls approached him hoping to speak to the congregation about their project, he allowed it.

“They convinced him that all it takes is one seed,” said Chupinsky. “Good seed and good soil to start making a change and I believe my girls are a part of that.”

The girls spoke at every Mass over one weekend and managed to raise over $5,000. They, together with their Girl Scout partners for their Silver Project, Kira and Angela, will use the money to build cabinets and shelves at Casa Teresa to hold arts and crafts, as well as books and educational materials which they will also update. Any money they don’t spend on materials will go to Casa Teresa to help pay for continuing education. They hope to complete the project with a contractor by May. They see themselves in the lives of those preborn children who were at risk of being aborted, and who deserve a happy life, along with their mothers. 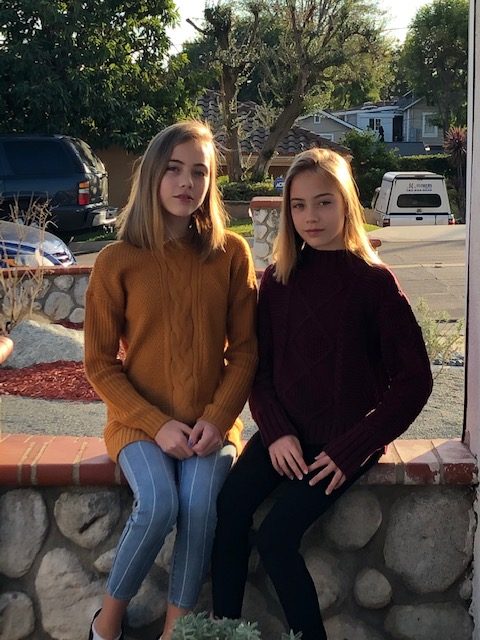 “When my sister and I were first conceived by the young lady who had us in her womb, she went to a Planned Parenthood center to have an abortion,” Ana told the congregation. “When she got there, she had an ultrasound done. She found out that she had two babies instead of one. The tech said, ‘Twins.’ She then changed her mind and decided to continue the pregnancy. She told family members that she thought it would be cool to have twins. Little did she know that God already had a plan and He was preparing a St. Martin’s family for us and we would become part of this community. We know that we were saved because God created us as twins. Our goal is to continue to share our story with other Girl Scouts about God and His love for the little children which begins when the baby begins to form in their mother’s womb.”

The pregnancy with Sara and Ana had not been their birth mother’s first. She had already given birth to other children she had placed for adoption. This time, she was close to having an abortion.

“The fact that they were twins saved them,” said their adoptive mom. “God created them to be twins to save their lives in this situation. It’s because of that that God wants them to share their story and that life begins at conception. They want to continue sharing their story with their Girl Scouts to try to make a change, and that’s just the beginning.”

The way Sara and Ana came to the Chupinsky family was also a miracle. Adopt mom Elena and her husband Tim wanted children but struggled with fertility. They have one son, who was born at 25 weeks weighing just one pound, three ounces. He wasn’t supposed to survive. After trying for another child and not becoming pregnant, the couple decided to foster and adopt, but they decided against adopting infants. Instead, they wanted to help older children who had trouble finding homes. They ended up fostering nine- and ten-year-old siblings when their son was 12 years old. Within four months, the social worker called about two other children who needed a home for what was supposed to be just a few days. Not knowing the children were babies, Elena agreed to meet with the social worker. That’s when she learned the girls were eight-week-old twins.

READ: She was going to get an abortion, but ‘miracles’ saved her twins’ lives

“My mom was born a fraternal twin,” Chupinsky told Live Action News. “Her twin died when she was three. Fraternal twins are hereditary so we always thought one of us would have twins and none of us did. And so here we had no intention of adopting babies. We had already had a baby and we wanted other people to experience babies so we never put in for babies. So when she tells me how little they are and that they’re twins, I got goosebumps and shivers and thought, ‘God, you did have a plan.’ I truly believe in it.”

Concerned that they would take these girls in only to have to give them back while the system played “ping pong” with them — sending them from home to home — the couple contacted a lawyer. They learned they would have a good chance of adopting the girls because their birth mother was in jail. The rest, as they say, is history.

The girls have grown up happy and secure. They have been singing since the third grade and even had the chance to sing for the Pope. They are active in their church and sing at Christ Cathedral. When the movie Unplanned came out, however, they began asking questions. They had always known they were adopted, but after seeing Unplanned, they wondered if abortion was something that could have happened to them. Once they knew the whole story of their near-miss with abortion, they wanted to know more — and without their parents’ knowledge, they watched a video on what happens during an abortion.

“They said, ‘Wow. How can someone do that? That’s something that could have happened to us’,” said Chupinsky. Now they want to help other moms choose life as theirs did, and they are well on their way to doing just that.