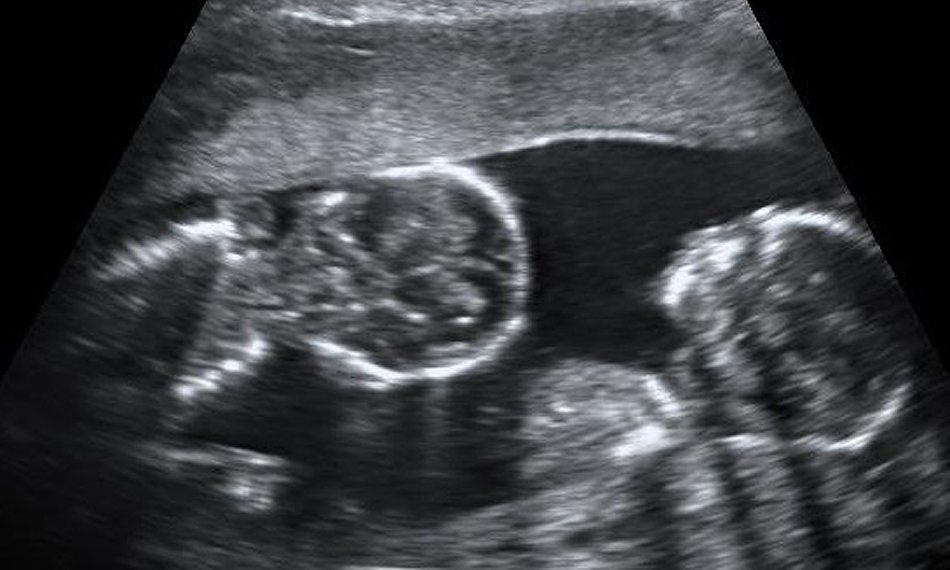 Thinking she could not support another child at this point in her life, she scheduled an appointment at the abortion clinic closest to her for September 17th.

When she arrived at the clinic, she encountered two surprises. The first was a blue van parked outside where a friendly volunteer offered her a free sonogram. Not wanting to be late for her appointment, she declined the offer and hurried inside. But as she sat waiting, she couldn’t stop thinking about the van.

In a spur-of-the-moment decision, she decided to go back outside.

It was inside the van that Valerie received her second surprise — the sonogram showed she was carrying twins!

Though overwhelmed, she was also encouraged by the number of resources available through the pregnancy center with the van and other programs in her community. It was then that she decided to give birth to her two babies. She later wrote,

“I thank God that He led me to this van outside of the abortion clinic and for the lady who offered me a sonogram and other support. Because of her, I was able to see my surprise twins and chose to continue with my pregnancy. I recommend my friends and anyone I know who is going through a rough time to go to Englewood for help if they are pregnant and have no one to go to.”