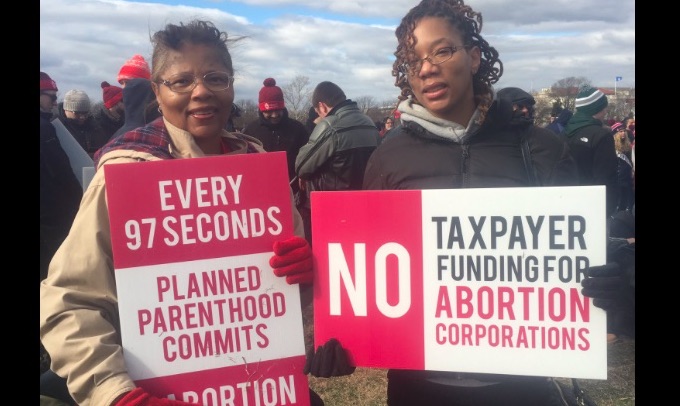 The Fiscal Year 2021 plan calls for various cuts to the budgets of the US State Department, Department of Education, Environmental Protection Agency, and more, while increasing military spending as well as the budgets for the Departments of Homeland Security and Veterans Affairs, as well as NASA. It projects a $4.6 trillion deficit reduction, but rolls back the timetable for eliminating the deficit from eight years to fifteen.

On the pro-life front, the plan calls for eliminating the taxpayer funding Planned Parenthood receives via US Departments of Labor and Health & Human Services (HHS), as well as funding for the pro-abortion United Nations Population Fund (UNFPA). It would also strengthen federal conscience protections by adopting the Conscience Protection Act.

“The Budget prioritizes the value of human life by ensuring that Federal funding does not support abortions,” the plan explains. “The Budget proposes to prohibit Federal funding, such as in the Title X Family Planning and Medicaid programs, for certain entities that provide abortion services. The Budget also protects conscience rights, prohibits coercion in healthcare, and allows private parties to enforce such rights in Federal court. With these protections, the Administration will continue to ensure robust protection of conscience rights and religious liberty.”

READ: Planned Parenthood just lost $60M, but the battle to defund it is far from over

Regardless, while the administration can and will continue to unilaterally block certain pockets of abortion funding, such as the UNFPA and excluding abortion organizations from the Title X program, few expect the FY2021 plan’s new pro-life provisions to make it into the final budget that becomes law. Planned Parenthood has continued to receive over $500 million from federal taxpayers every year since 2016, and reported $616 millionin its most recent annual report.

Despite numerous pro-life campaign promises from the president and congressional Republicans, the abortion industry’s subsidies have continued. This is due to a variety of factors, including Senate and House GOP leaders that conservatives say are unwilling to fight for the base’s priorities, Senate filibuster rules that require Democrats to agree to most bills despite Republicans having a majority, and Democrats taking the House of Representatives in 2018.

President Trump himself has repeatedly demonstrated he is unwilling to veto spending bills that contain abortion dollars, though conservatives argue that such bugdet fights are winnable with the proper pressure.

“If outside conservative organizations, media, and members of Congress would actually stay focused, President Trump’s second term can be more fiscally conservative,” Conservative Review senior editor Daniel Horowitz writes. “Trump will sign a bad budget if the swamp consensus coalesces around it. But at the same time, if conservatives work to back the non-swamp elements of the administration pushing for spending cuts the president is clearly OK with, he would sign a good budget as well.”