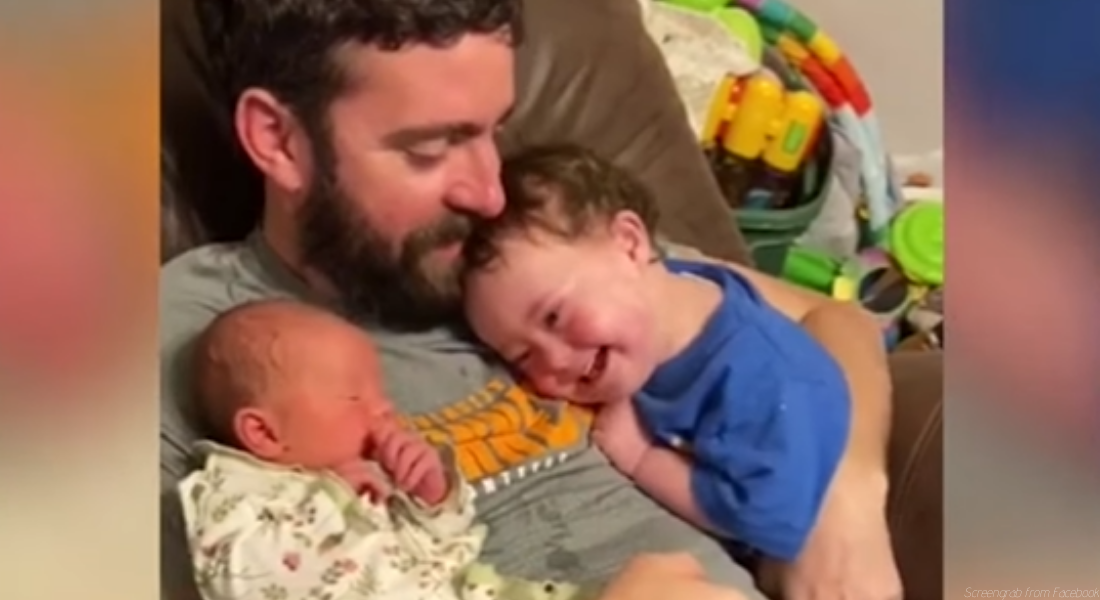 The adorable moment a one-year-old with Down syndrome fell in love with his newborn sister has stolen hearts all across the internet. Toddler Brooks Williams was attached to Collyns from the moment she was born — but adorably, every time she’s taken away, he bursts into tears.

Ashlyn Williams, a mom of seven, shared the video of her children online, and it quickly spread. She said she was initially scared of what her toddler son’s reaction would be, but she never could have expected this. Collyns, born last month, was brought home on March 17th. And when proud dad Logan Williams held Collyns and Brooks at the same time, Brooks was immediately smitten. But then every time Collyns was taken away by her mother, Brooks would burst into tears, only stopping when Collyns was brought back to him.

Boy with Down Syndrome cries when he's not near his sister

Siblings can be so cute when they're young! ❤️

“We weren’t sure how Brooks would react to having a baby around and whether he’d get jealous of having to share attention,” Williams said, according to media outlets like the Daily Mail and PEOPLE. “But it was really sweet; he already loves her so much.”

“When he first met her in the hospital, he reacted exactly the same way so we just had to capture it on video,” she continued. “He is such a loving young boy, and we were just so tickled by his reaction.” And the family is already looking forward to seeing their relationship blossom with time. “I can just tell they are going to be best friends,” she said. “We weren’t sure how Brooks would react to having a baby around and whether he’d get jealous of having to share attention.”

Families of children with Down syndrome have been increasingly speaking out about the love and joy their children bring to their lives. Another family, for example, similarly shared a video that went viral; in their case, it was of their older son singing sweetly to his newborn brother, who has Down syndrome.