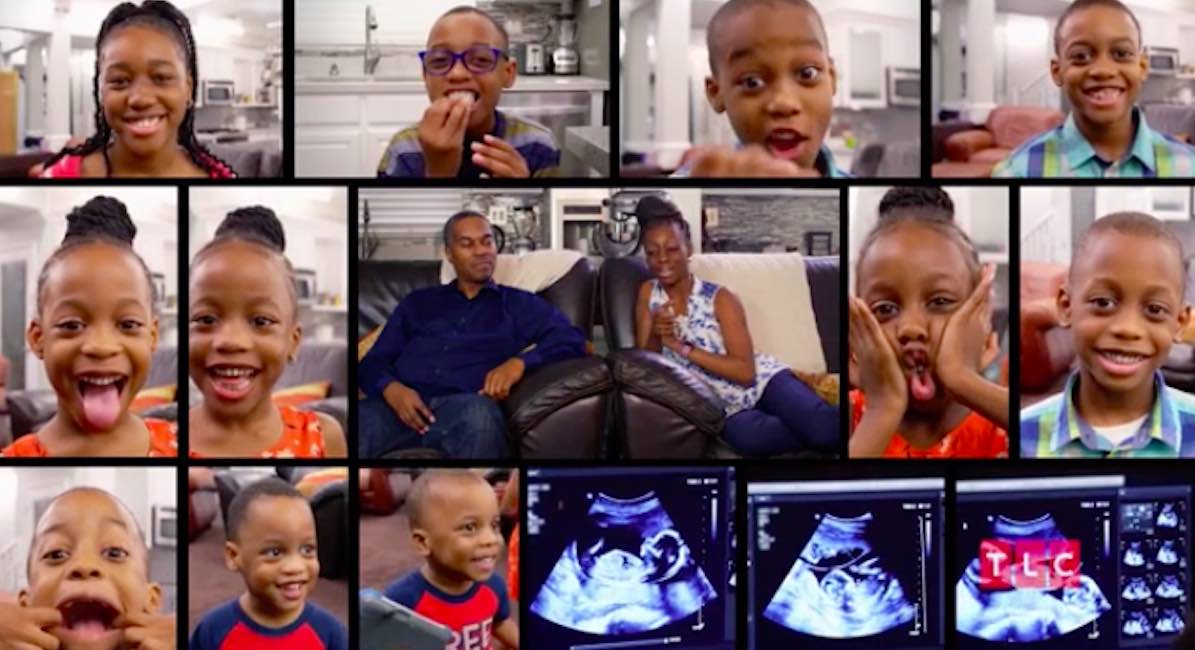 A new TLC reality show, Doubling Down with the Derricos, will highlight the lives of the Deon and Karen Derrico and their 14 children—including several sets of multiples, all conceived naturally.

“Having four sets of multiples back to back? It’s like getting struck by lightning while getting struck by lightning,” Deon said in the trailer for the show which premieres on August 11 at 10pm EST. The couple said they always wanted a large family but they couldn’t have imagined just how large their family would be, or how only six pregnancies would bless them with 14 children.

“We have our good days and our bad days,” said Karen. “But there’s always enough love.”

The show picks up with the family during the pregnancy with triplets. At 24 weeks, doctors tell Karen she must remain on bed rest for the duration of the pregnancy. That leaves Deon to care for the other children and hope that the babies aren’t born too soon. But a clip in the trailer shows Deon on his way to the hospital, explaining that Karen is in active labor.

“Our triplet babies have not had enough time in the womb, and I am just terrified,” said Deon.

Though children born as early as 21 weeks have survived when given medical care, multiples always run higher risks of having lower birth weights. Karen can be seen saying she is “really nervous” she “could lose one of these babies.”

“[The Derricos] bring a fresh voice, perspective, and willingness to share their culture and values,” said TLC president and general manager Howard Lee in a statement. “And while their size may be unique, their story is universally relatable — devoted parents trying to raise their children the best way they know how all while navigating life’s ups and downs.”

He added, “We are proud and excited to introduce TLC viewers to the Derricos.”