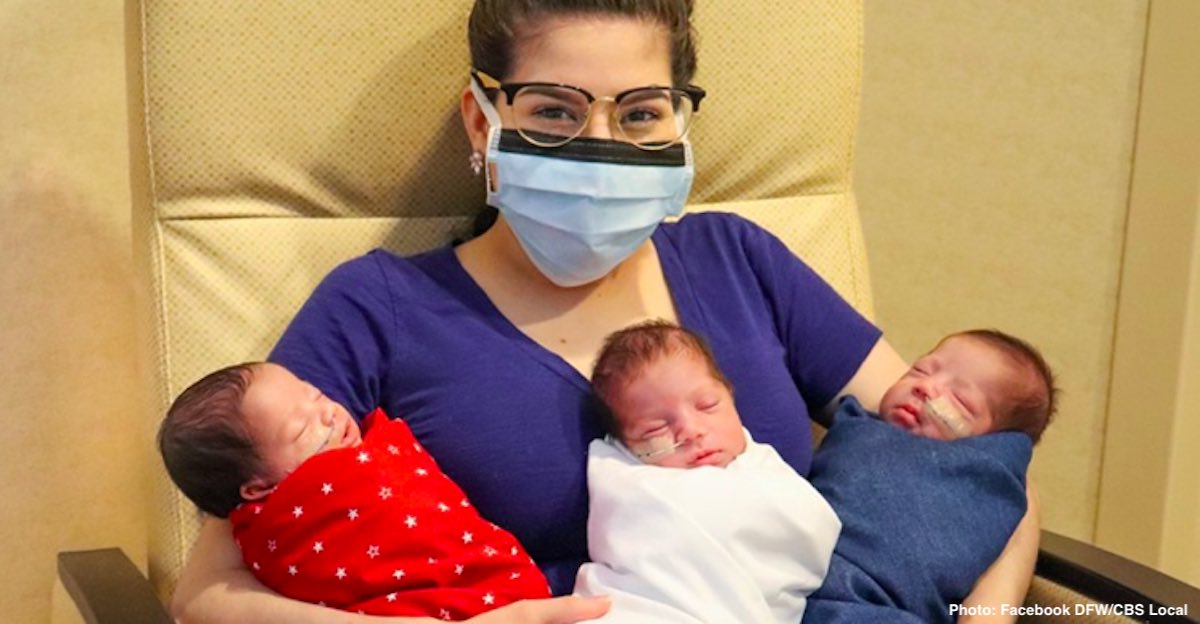 At 28 weeks pregnant with triplets, Maggie Sillero was diagnosed with COVID-19, though she never showed any symptoms. Her babies — a girl and two boys — were delivered at 32 weeks by emergency C-section.

On May 8, Sillero went to The Women’s Hospital of Texas and was admitted for observation due to her high-risk pregnancy. Doctors simply wanted to monitor her and the babies during the final weeks until the babies were born. She hadn’t left her home since March and the test for COVID-19 was performed as a routine precaution. She was shocked when she tested positive. Her husband tested positive as well and it is unclear whether he had been leaving the home while Sillero stayed home.

“When I got the news, it was very shocking. I could not believe it,” she said.

At 28 weeks pregnant, Texas mother Maggie Sillero tested positive for COVID-19. She beat it and then soon gave birth to triplets.

Her mother and her five-year-old son Alexander thankfully tested negative for COVID-19 despite having been in close contact with Sillero and her husband. Her mother was then able to care for Alexander while Sillero was in the hospital.

For the next month, she continued to be tested and monitored until on June 4th she finally received a negative test result. She was 32 weeks along by then and though the negative test was good news, an ultrasound revealed an emergency with one of her babies — the umbilical cord had wrapped around her baby girl’s neck. The triplets were delivered by emergency C-section that same day. Her husband, who was still testing positive for COVID-19, was not able to be in the operating room with her.

READ: Thanks to determined doctors, mom with COVID-19 gave birth to healthy son while in medically-induced coma

“Luckily, everything came out good,” said Sillero. “The doctors were amazed at how well the babies were doing as soon as they were born.”

Baby Isabella and Baby Nathaniel were born weighing just over three pounds, while Baby Adriel weighed just over two pounds. They were all taken to the Neonatal Intensive Care Unit after their birth. Though they have faced some health challenges, Isabella will be able to go home next week and the boys should be discharged soon after. They are now one month old.

She said they are all gratefully looking forward to being a family at home together and Alexander is excited to be a helpful big brother.