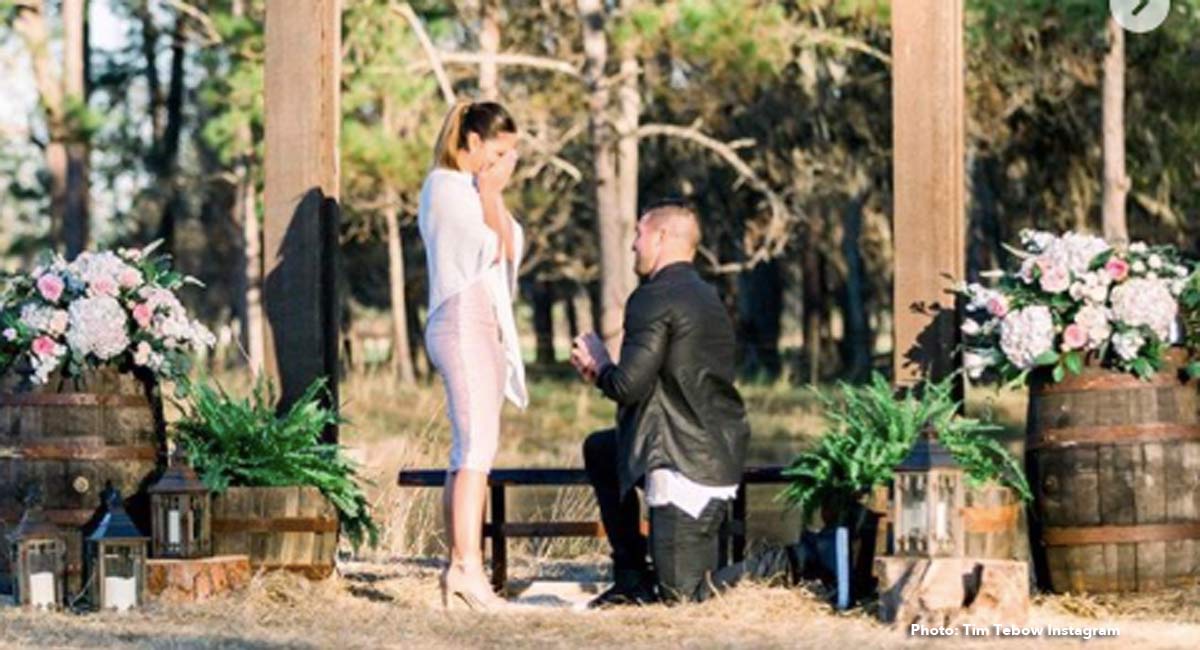 Pro-life football and baseball star Tim Tebow, who also has a charity called, “Night to Shine,” a prom for individuals with special needs, has just announced his engagement to Miss Universe 2017, Demi-Leigh Nel-Peters, who is from South Africa. The couple reportedly met at a DIRECTV Superbowl party in 2018. When Tebow proposed, both their families — hers, who had been flown in from her home country — were watching, unbeknownst to Nel-Peters.

The joyful news was long awaited, especially by Tebow himself, who told PEOPLE in 2017 that he was looking for “someone who has a good heart” and is “kind, and they have to care about people who can’t do anything for them in return.” And it appears that he believes he has found his match. According to USA Today, Nel-Peters told the Miss Universe organizers that her inspiration in life is someone she loves, who can’t do anything for her in return: her sister. She said:

My half-sister was born without a cerebellum and is completely disabled. She is my biggest motivator and inspiration, because her situation makes me realize how special life is, and I always want to work twice as hard, enjoy life twice as much so that I can enjoy it for her as well. Therefore each experience I encounter is that much more special.

Nel-Peters uses her Miss Universe platform to encourage women to learn self-defense, says USA Today, which notes that she “was was the victim of a carjacking in Johannesburg, South Africa, in 2017,” in which there were five men carrying three guns. Nel-Peters said that during the harrowing ordeal, she fought back. “I managed to escape from the car, pull myself back up. I punched (one) guy in the throat, because I knew I had to create a window of opportunity for myself.”

READ: Tim Tebow gave people with disabilities a Night to Shine with a very special prom

Tebow, for his part, has made it clear for quite some time that the woman he would consider as his wife would “have to really love God.” He told PEOPLE, “My faith is important to me — it’s the most important thing — and I need to be with someone who also shares that faith.” And now, he’s found her. “She’s just perfect for me,” he said. “I’m really blessed to have her by my side for the rest of my life.”

Congratulations to the happy couple!