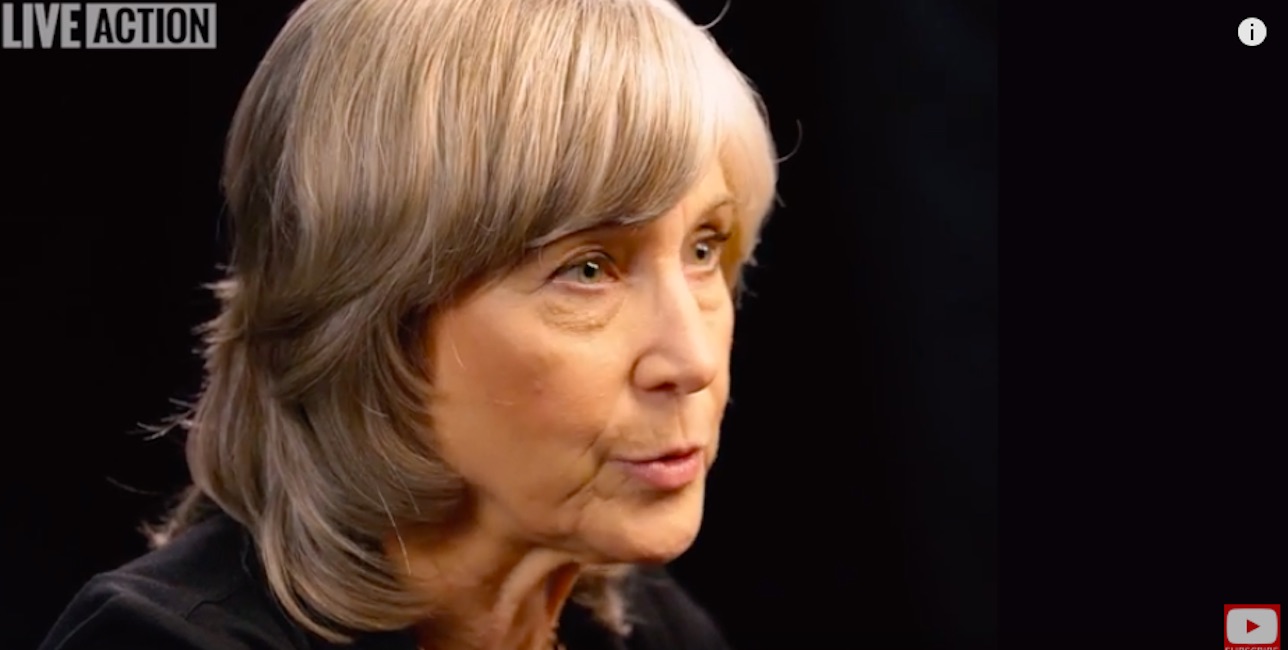 Former abortionist Dr. Kathi Aultman, who has said she has likely killed more people than Ted Bundy, previously worked as a medical director for Planned Parenthood. Now pro-life, she shared the moments that lead to her pro-life conversion with Live Action president Lila Rose. She told Rose that there were three specific patients whose abortions caused her to quit her job.

Once proud of the fact that she continued to commit abortions during her own pregnancy, reasoning that her baby was wanted and these other babies weren’t, Aultman saw a distinction between her baby and those she was aborting. But once she gave birth, things began to change for her.

READ: Former abortionist who became pro-life: ‘I realized that the baby was the innocent victim in all of this’

“When I went back after having my baby there were three patients that changed my mind,” she told Rose in an exclusive interview. “The first one was a young girl that came in and she was scheduled that morning and I had done three abortions on her myself…. She had other abortions that I didn’t do but I had done three of them and I told the people at the clinic that I didn’t want to do it and they said, ‘You don’t have the right to judge. It’s her choice if she wants to use abortion as birth control. That’s up to her.’ I looked at them and I said, ‘Yeah but I’m the one who has to do the killing.'”

Aultman went through with committing the abortion despite her misgivings. She told the young woman to take birth control, but she refused. Aultman isn’t alone in her distaste for women who use abortion as birth control. As Live Action News reported, one abortion worker stated that repeat abortions “evoke powerful primitive feelings” in the people who have to actually carry out those abortions. They see these women as irresponsible.

“I have one kid here, seventeen, who’s just had her third abortion… I want to beat the sh*t out of her,” admitted one abortionist. “I want to put her through the damn wall. ‘What’s the matter with you?’ I say to her.”

If abortion is the simple procedure the abortion industry would have women believe it to be, then abortionists would not have such strong feelings about women who use it as a form of birth control. If it is truly just “tissue” in the uterus and not a human being, then it shouldn’t bother them.

The next patient who had an effect on Aultman was a woman who came in for her abortion with a friend. When the friend asked her if she wanted to see the “tissue” after the abortion, the woman replied harshly, “No, I just want to kill it.”

Aultman is right. No child asks to be conceived, but the abortion industry treats preborn human beings as if they somehow hijacked their mothers who were simply minding their own business. In reality, engaging in sex is a biological invitation to becoming pregnant. A child is not the “parasite” or “tumor” that abortion supporters pretend he is. He is a human being who deserves to be treated with dignity, compassion, and respect.

“… [T]he placenta dynamically allocates resources between the mother and the fetus in a way that preserves the mother’s health,” and therefore, Dr. Fazale Rana states, “the fetus cannot be viewed as a tumor robbing the mother of nutrients.”

READ: Former abortionist: ‘What’s in the womb is a person… not a blob of tissue’

The third patient that led to Aultman’s  abortionist was a woman who did not want to have an abortion. Already a mother of four, she and her husband had decided that they couldn’t financially care for a fifth. She wanted her baby, but she had the abortion anyway.

“[S]he cried the entire time,” explained Aultman. “And thankfully she was my last patient because I just couldn’t do them after that.”

The entire abortion industry exists today based on the idea that women should have a “right to choose.” The truth is that many post-abortive women didn’t actually choose abortion at all. It was forced upon them by circumstances such as financial pressure, educational pressure, or pressure from family members or the baby’s father.

“This happens more often than you might think,” explains therapist JoAnne Crough. “In most cases it’s the teen or woman’s parents who suggest this way of dealing with the pregnancy. They make it clear that an abortion will ‘solve everything.’ They typically keep the entire process as secretive as possible. The young woman in this situation is extremely vulnerable to being coerced to make the others in her life happy. She has upset those closest to her with the news of her pregnancy. She feels confusion, shame, and fear. She becomes isolated from other forms of support. Combined, these put tremendous pressure on her to comply.”

For Aultman, the combination of the “callousness and hostility” of the first two patients and the “sorrow” of the third patient helped her to finally realize that just because a preborn child has been deemed unwanted doesn’t mean he is unworthy of life. While she still remained pro-choice for some time (until an article about the Holocaust changed her mind), it was after seeing these three patients that Aultman decided she could no longer be an abortionist.