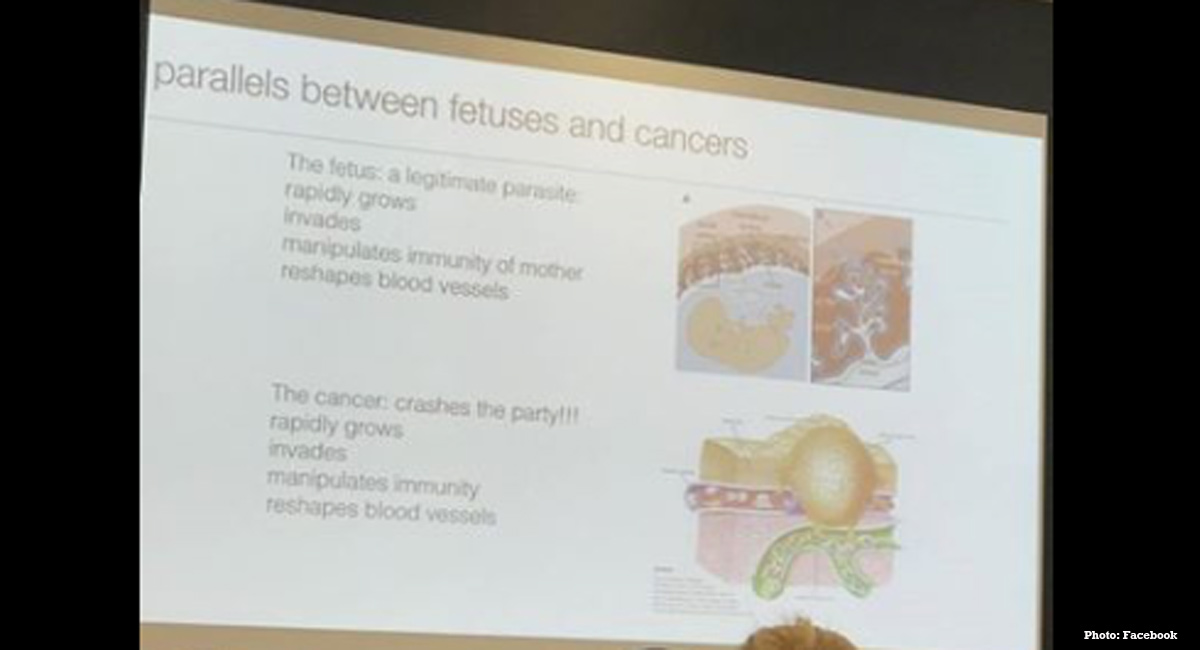 A UC San Diego class lecture has come under fire for labeling a preborn human being as a “parasite” that “invades” — just like a cancer. Some Twitter users have pointed out that the lecture slides, related to immunology, are merely pointing out how cancer can mimic a process like pregnancy to invade a human being’s body — but others believe the comparison to a “parasite” is a good example of completely unscientific pro-abortion propaganda.

No joke, a friend just sent me this slide from her upper-level biology course.

Griswold commented in follow-up tweets, “The class title is ‘biology of disease’ and as all ‘woke’ medical students know, pregnancy is a disease. Abortion is the remedy,” and “The presentation was given by a professor in the school of medicine @UCSanDiego … not a student.”

Several Twitter users pointed out that the slide has nothing to do with abortion (see one response below). But the truth is, even though it doesn’t directly address abortion, it likens a growing human being in his mother’s womb — the exact place designed for him to grow — as an “invading parasite.”

This has nothing to do with abortion: it’s an immunology course, and they’re describing the process of how the tumor mimics biological mechanisms that developed for supporting fetal growth. This allows the tumor to evade the immune system, enrich blood supply, engraft in tissue

A parasite is, by definition, of a different species than its host organism. Ideologues don’t get to redefine scientific terms to push their agenda. At Catholic Answers, Fr. Charles Grondin lays out a very logical (and entirely non-religious) list of reasons why a human being in the mother’s womb is not a parasite. He writes:

A baby in the womb is not a parasite because:

As Live Action president and founder Lila Rose pointed out on social media, this sort of classifying a developing human being in his mother’s womb as a parasite is dehumanization — and dehumanization always leads to the oppression and death of human beings: