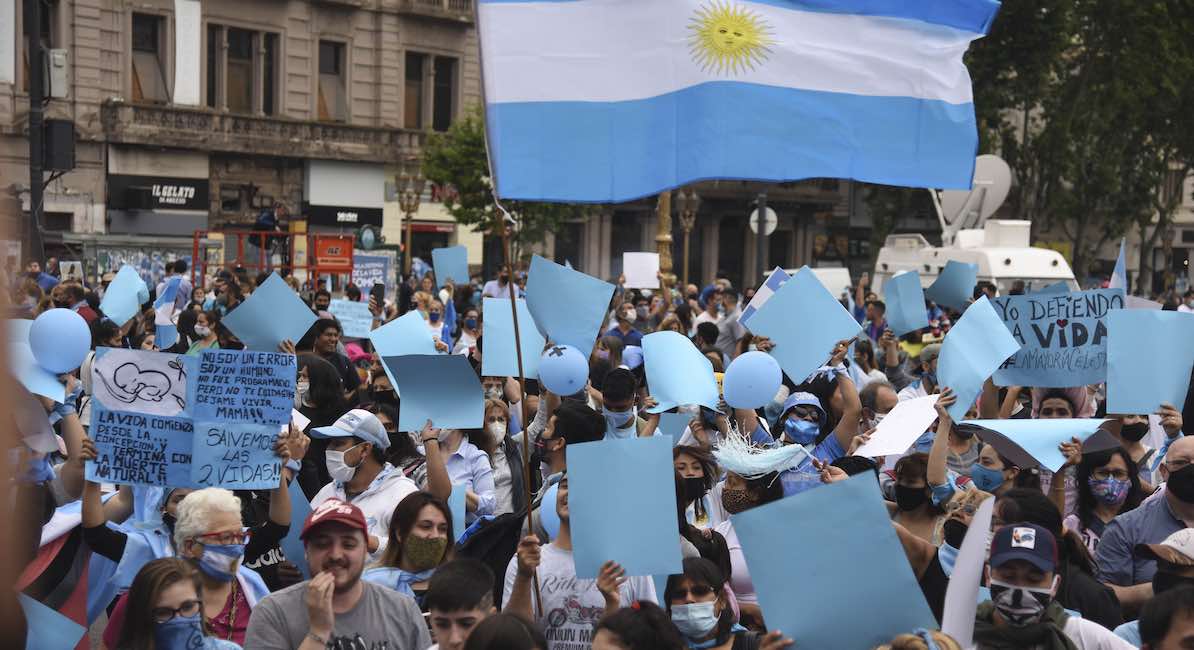 As Argentina’s president promised to pass a bill legalizing abortion by the end of the year, thousands of pro-life Argentinians marched in Buenos Aires in protest.

The Buenos Aires Times reported that participants gathered at the National Congress building, where legislators will begin debating President Alberto Fernández’s bill. The bill would make abortion legal through the first 14 weeks of pregnancy. Protestors carried signs which read “Save Both Lives!” and “March for the Unborn,” while waving sky-blue flags, the color signifying pro-life in Argentina. Organizers also said participants wore masks and practiced social distancing, in keeping with recommendations during the ongoing COVID-19 pandemic.

“The Argentine people are pro-life. Now we will see what the lawmakers do, if they respond to the president or to the people,” one anonymous participant told reporters. “I know there are unexpected pregnancies, I respect women’s rights. But I don’t recognise abortion as a right.”

Oddly, Getty Images labeled participants of the march as “anti-abortion militants,” despite the seeming lack of any violent actions, content, or threats from the pro-life protestors. Meanwhile, pro-life activists have been brutally beaten by abortion supporters in Argentina, while other abortion supporters in the country threatened to destroy churches in the name of abortion.

READ: Argentina’s president wants to legalize abortion by the end of 2020

Fernández said he plans to legalize abortion in an attempt to prevent women from being injured in illegal abortions. “It was always my commitment that the State accompany all pregnant people in their maternity and take care of the life and health of those who decide to interrupt their pregnancy,” he said in a video posted to social media. “The State must not ignore any of these realities.”

Meanwhile, eight pro-life women wrote to Pope Francis, begging for him to intercede, as they said legalized abortion will target poor women. “Not so much because in the villa [shanty town] culture abortion is thought of as a solution to an unexpected pregnancy (Your Holiness knows well our way of assuming motherhood between aunts, grandmothers and neighbors),” the women’s letter read, “but because [the law] is oriented to cultivate the idea that abortion is one more possibility within the range of contraceptive methods and that even the main users must be poor women.”

Pope Francis responded with a handwritten note encouraging women in Argentina not to give up in their fight for life. “The country is proud to have such women,” he said. “Please tell them for me that I admire their work and their testimony; that I thank them from the bottom of my heart for what they do, and that they keep going.”