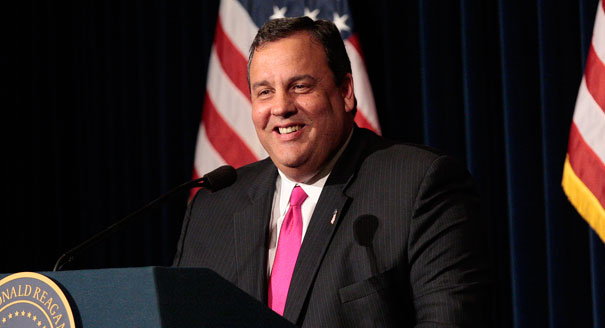 Though 2013 is considered an off-year for elections, there were two noteworthy gubernatorial races. Republican governor of New Jersey Chris Christie easily won re-election, while the Commonwealth of Virginia elected pro-abortion candidate and former chairman of the Democratic National Committee Terry McAuliffe.

Governor Christie, whose re-election was expected, was declared the winner 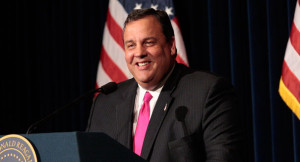 shortly after polls closed. And those within the party attribute this win to a more moderate stance on certain issues – namely, those which pro-lifers care about but are considered too risky.

From Seth McLaughlin’s piece for The Washington Times, reporting on Chris Christie’s victory:

“It also shows that a more moderate candidate who focuses on keeping taxes, spending and regulation low but also working with Democrats to govern is very popular with voters of both parties,” said Steven Duprey, a Republican National Committee member from New Hampshire. “Voters want problem solvers not ideologues — they respect a conservative and don’t need a candidate to surrender their principles but they don’t want candidates/governors wasting time on divisive issues.”

While it may not be explicit from this quote whether abortion is considered one of those “divisive” issues, it is extremely likely. Perhaps the voters of New Jersey are as Mr. Duprey categorizes them.

This is not true of all voters though, especially pro-life ones. For a candidate to be an ideologue seems to have become a bad thing, and it seems as if it is too difficult to also be a problem-solver. For many pro-lifers, it is not “wasting time” to focus on issues such as abortion and family. That it should even be considered such actually does suggest that candidates “surrender their principles[.]”

Seth McLaughlin’s other piece also mentions the victory of Christie, who is commended for focusing on the economy rather than social issues. The piece compares Christie’s win to the defeat of Ken Cuccinelli, who is more well-known for his pro-life stance.

McLaughlin’s second piece does mention abortion by name, and in relation to taking a different stance on the issues:

“One of the key planks in the Democrats’ ‘win at all costs’ playbook is the ‘war on women’ maneuver,” said Ford O’Connell, a Republican strategist. “While both Cuccinelli and Christie are pro-life, only Cuccinelli fell headlong into this hyper-emotional trap. Christie’s strong favorability with female voters is a testament to his understanding the importance of tone, rhetoric, outreach and personal favorability when conveying one’s views. Cuccinelli, on the other hand, is a textbook example of how not to handle the [Democrats’] propaganda slime.”

The piece also concludes with a quote from Rep. Thomas M. Davis III, a Republican in Virginia:

“They are both pro-life. It is a question of how you present it,” Mr. Davis said about Mr. Cuccinelli and Mr. Christie. “You don’t have to be pro-choice to win statewide in New Jersey and Virginia, but you have to handle the issue appropriately. When you get into birth control and other issues like that, it gets more problematic. Christie didn’t do that.”

It is somewhat troubling that such comments come from those within the Republican party, which is supposed to be pro-life. It seems that for the establishment of the GOP, candidates proclaiming their pro-life positions constitutes falling “headlong into this hyper-emotional trap.” While O’Connell does call out Democrat opponents for turning to “propaganda slime[,]” he should also stand by fellow Republicans and candidates like Ken Cuccinelli rather than throw them under the bus.

And while it is “a question of how you present it” when it comes to the pro-life position, there can be a middle between pulling a Todd Akin and behaving like Mitt Romney, who failed to address President Obama’s radical view on abortion effectively, or at all. For those like Rep. Davis, however, it may be that even just “get[ting] into birth control and other issues like that,” even in a nation where employers are forced to provide it against their religious beliefs, is failing to “handle the issue appropriately.”

As Rush Limbaugh believes, the GOP party establishment may have even purposefully abandoned Ken Cuccinelli as unelectable – and that perhaps they did not even want him to win. 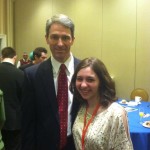 While Ken Cuccinelli did lose the election, he did so by a smaller margin than expected and for reasons other than being committed to his stance on social issues.

Cuccinelli was committed to his principles, but his opponent, Terry McAuliffe, was committed to fundraising, as well as outspending and smearing his way into winning the election. McAuliffe teamed up with Planned Parenthood to portray Cuccinelli as a pro-life extremist fighting a “War on Women” who wanted to ban birth control.

Terry McAuliffe sought to deceive pro-life voters about his opponent’s pro-life stance, while he himself is going to be a self-proclaimed “brick wall” when it comes to late-term abortion. If the Kermit Gosnell case taught us anything, it is that McAuliffe refusing to take a stand against his state’s deplorable abortion clinics has catastrophic consequences not only for unborn children, but for women as well. 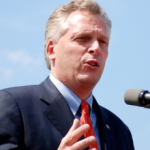 It is worth considering why Chris Christie won. The pieces mentioned above by Seth McLaughlin, as well as others, credit how Christie dealt with Hurricane Sandy as helping him win re-election. Providing such relief, as well as being considered effective, popular, and well-liked, need not depend on being a moderate.

Consider that in the 2012 presidential election, the GOP nominated Mitt Romney, whom many have considered a moderate candidate. Though his running mate, Rep. Paul Ryan, was solidly pro-life, Romney took a position that not only contained exceptions, but put forth an ad highlighting such exceptions.

And that Barack Obama voted four times against protecting babies born alive from abortions was not mentioned by the Romney campaign. Instead, this was left to outside groups to expose, like the Susan B. Anthony List, which informed voters in key states about other aspects of President Obama’s pro-abortion stance.

Romney also did not address that a mere 13% of Americans polled held the same view as Obama in allowing abortion for any reason. David O’Steen, of the National Right to Life Committee, in addition to mentioning these numbers, analyzed that abortion didn’t cost the GOP the election.

As we remember too well, Mitt Romney lost that election. And it was not because the party focused too much on abortion. In fact, he and the party may have focused not enough. With Romney failing to drum up enthusiasm from pro-lifers, many stayed home or voted for another candidate. If he had courted such votes and still lost, at least we would be able to say he did so while sticking to such important values.

In light of the election results, an old post of mine referring to one of Terry McAuliffe’s and Planned Parenthood’s campaign gimmicks was mentioned by the Mastern’s Musings blog. While I am honored for the attention, and while the author, sasoc, does make a better case than I have heard in the past about abandoning the abortion issue, I refuse to buy it.

Terry Schilling, writing for Townhall, calls out the GOP for abandoning social issues in the name of calling a “truce”:

The GOP embraced a “truce” on social issues across the country. And instead of putting Democrats on defense, by forcing them to explain why they sought to roll back health standards on abortion clinics, increase taxpayer funding of abortions, and allow abortions up until the moment of birth, Republicans chose to spin it all back to their economic platform.

But it really wasn’t a “truce.” After all, a truce is when there’s a ceasefire on both sides. In this case, it was an unconditional surrender, with the left hammering the right on ridiculous accusations like wanting to make birth control illegal. The GOP waved the “white flag” anytime the social issues came up, instead of fighting back and exposing the extremism of Obama and his fellow cronies on the Left.

Shame on the GOP in 2012 and now. And shame on Mitt Romney for failing to take a strong enough position in order to appeal to pro-lifers. Part of the blame is on those who stayed home, but as a candidate, Romney had a job to court them better.

If the 2016 presidential election again presents voters with a choice between a somewhat pro-life candidate and a pro-abortion candidate, we can hope that pro-lifers will vote for the right one, choosing the lesser of two evils should there be no perfect candidate. And the candidate should not shy away from his or her record. If the GOP nominee is Chris Christie, he should stand by the fact that New Jersey taxes do not go toward Planned Parenthood, because he vetoed funding the abortion giant five times.

The job is on pro-lifers to understand their duty with voting, but it is equally if not more so on candidates and their party to court such voters and truly earn their votes.