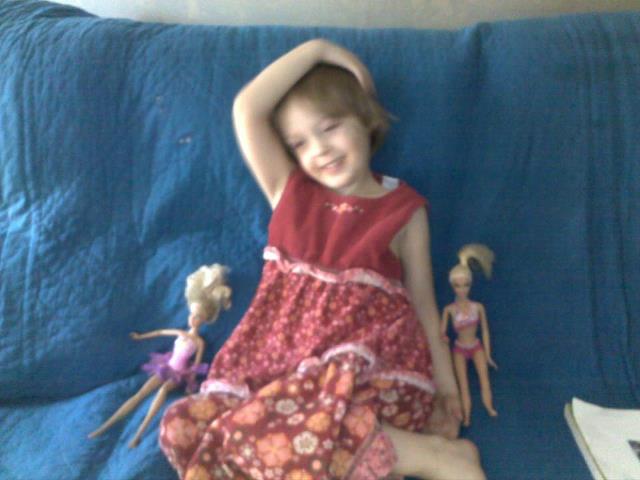 “It’s not the woman herself who wants the abortion. It’s usually her family or her friends.”

Michelle had two children and a steady job when she became disabled. Her company let her go, and with no place to turn, her children went to live with their father, and Michelle ended up on the streets. Struggling and trying to find a homeless shelter with room, Michelle met three people, also living on the streets. With no one else to trust, she accepted these people into her life as friends. But as it turned out, one of them couldn’t be trusted.

“This couple,” she explains, “they introduced me to their friend and said that if I trusted anyone, it should be him. They told him to look out for me. That was the guy that raped me. I knew within a week that I was pregnant.”

Because she was pregnant, Michelle was able to move up the waiting list for a spot in a shelter. Once there, she considered placing her child for adoption, fearing that she wouldn’t be able to take care of a baby. A friend offered for Michelle to move in with her, but under one condition. She must abort her baby.

“[She] told me that if I would get rid of the baby that I could come live with her. And I walked out of there and never spoke to her again,” says Michelle. “I was going to put her up for adoption, but every time I picked up the phone to call about that, I couldn’t do it. I would cry. I knew this was my baby and I would love her no matter what. I decided I wanted to keep her.”

Michelle turned to a pregnancy support center. She calls the staff there “sweet” and “all good.”

“All of the programs to help women were really awesome,” she says, “I went to several of their classes and the lady that counseled me volunteered to go with me when I gave birth. I didn’t have anyone else to go with me. She was there by my side. After I gave birth, they gave me baby clothes, diapers, and a basket of goodies like blankets. After you’ve had your baby you can keep going back to them for support.”

Today, life is good for Michelle and her now almost 4-year-old daughter, who has developmental disabilities and is currently being checked for Angelman’s Syndrome. They are staying with a friend, searching for a home of their own, are members of an “awesome” church, and her daughter is receiving occupational therapy and all of the support she needs. Michelle also runs a Facebook page for mothers of children conceived in rape. She wouldn’t trade her daughter for the world.

“It really upsets me to hear people talking about a woman keeping a ‘rapist’s baby,’” she says. “To me, she’s not the rapists baby; she’s my baby. He doesn’t deserve any credit. [The thought of abortion] is based on temporary feelings that the baby is the rapist’s baby. But it’s her baby. In all my research, the majority of women who get pregnant through rape don’t want to have an abortion. This is the outside telling these women that they should have an abortion because their loved ones don’t want to deal with [the rape] or think about it. But that woman is not going to forget it, and abortion is not going to solve that problem. And I think that that misconception needs to be cleared. It’s not the woman herself who wants the abortion. It’s usually her family or her friends.”

Michelle says that the rape victims she has known who have aborted their babies now regret it because they realize that their decision was based on that initial feeling and fear of having their “rapist’s baby.” Many women also fear that their rapists will find them and try to see the children. Michelle was able to get help through the group Choices 4 Life, which helped her get to a safe and stable environment after her daughter was born.