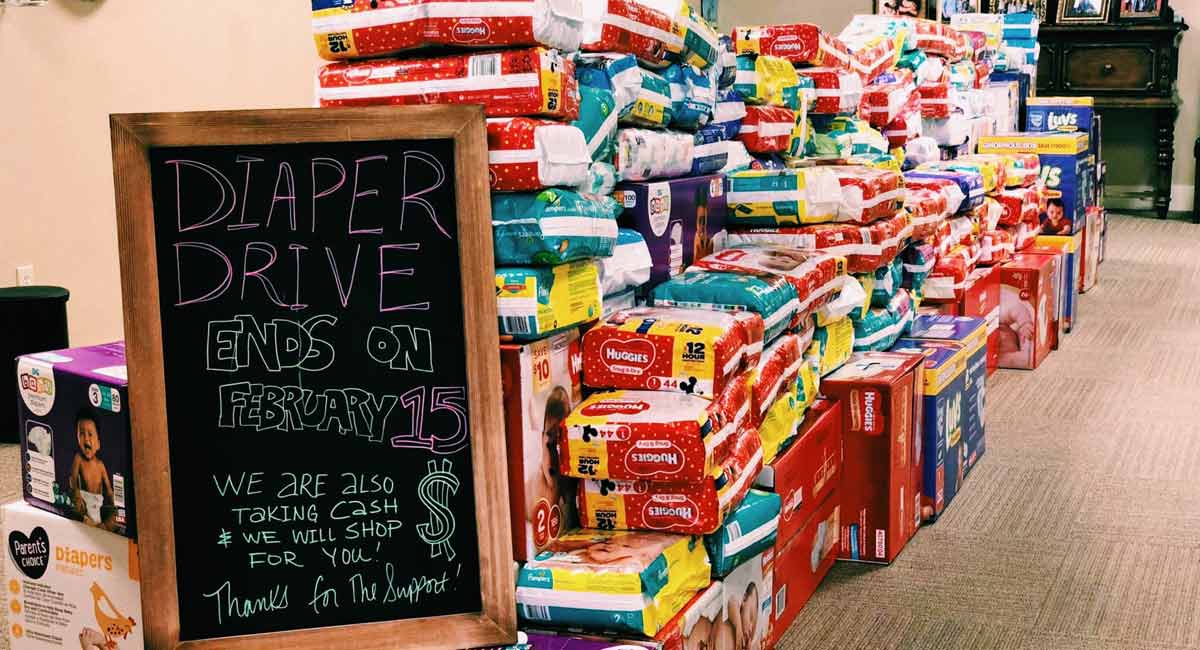 People across the country were horrified to hear about New York’s extreme new abortion law. People from all walks of life opposed it, from medical practitioners to celebrities and faith leaders. But some people are taking action — even people who live thousands of miles away.

Braddock Chiropractic in Van Alstyne, Texas, responded to the new law with a live video that racked up thousands of shares and over 80,000 views on Facebook. They announced their opposition to the law, but also their decision to respond by helping women experiencing unplanned pregnancies by launching a diaper drive. “We think that every single life is precious and it’s on purpose; even if we don’t understand it, it’s there for a purpose,” owner Caleb Braddock said to local news affiliate KXII. The news out of New York, he explained, spurred them into action. “That was one of those things that not just me, but my entire staff, entire team were just kind of really heartbroken over,” he said.

The diaper drive will run through February 15th, but already, they have been receiving diapers and donations from around the country. “Our pile of diapers is growing!!! Coming in today from all over!” Braddock wrote on Facebook. “You guys are awesome!” Videos have been posted showing their progress, with donations coming from states like Montana, Colorado, New Jersey, Louisiana, and more.

True Options Pregnancy Center in Sherman, Texas, will receive the diapers and donations. They offer information on both adoption and abortion, as well as adoption referrals, supplies for infants, ultrasounds, medical referrals, STD and STI testing, parenting education, post-abortion counseling, and more.

For Braddock and his staff, helping mothers experiencing unplanned pregnancies is a way for them to help live their faith. “We think that Christ died and lived for life, and so the more that we can support that the better,” Braddock said to KXII.

Many women who seek abortion think they have no other option — that they can’t afford to have another baby, or that a baby would derail their education or career. Many women are also coerced and pressured into having abortions. But through community support, like what Braddock Chiropractic is providing — and pregnancy resource centers that can give women real choices — women can be empowered to choose life.

If you would like to donate to this project, you may send money through PayPal to [email protected] or mail monetary donations to P.O. Box 1782, Van Alstyne, TX 75495 (as shown in the graphic above). You might also consider doing a diaper or donation drive for a pregnancy resource center in your own community. Find out where your local community pregnancy centers are located here.