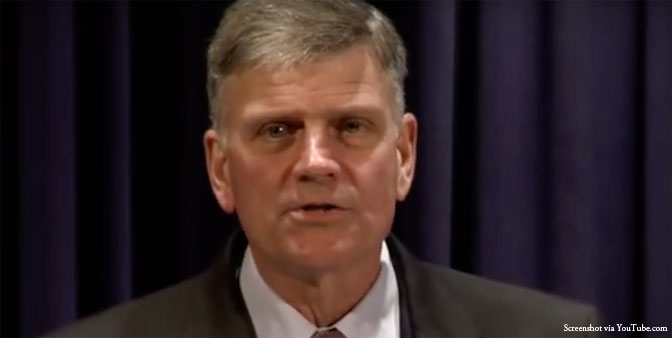 The recently passed Reproductive Health Act in New York, which has expanded the state’s abortion law to allow third trimester abortion and even infanticide and repeal protections for abortion survivors, has galvanized Christian and Jewish leaders to remarkably vociferous and public reactions.

Russell Moore, president of the Ethics & Religious Liberty Commission of the Southern Baptist Convention, claimed that “the new abortion bill is alarming in every sense,” according to Baptist Press. Pastor of Prestonwood Baptist Church, Dr. Jack Graham, declared in a statement to the Christian Post: “That this law was received with such exuberance by so many people should spur us to action, realizing that it has never been more important to defend the sanctity of human life and to fight for those who cannot defend themselves.”

Yesterday, we witnessed a raucous celebration in the chamber of the New York State Senate over the passage of a barbaric and expansive new abortion bill. Here’s what we can learn from that: https://t.co/eucBmPZjRH

Carl Lentz, pastor of Hillsong NYC and prominent Christian leader in the city, said that “the only way I can describe where we are and where this is all headed… is evil, shameful and demonic,” according to an Instagram post. “I don’t use those words lightly, but they are applicable here.”

Countless lay Catholics have called for New York Governor Cuomo — who had the audacity to publicly cite Pope Francis and his Catholic faith while calling for the abortion bill to be passed by the State’s House and Senate — to be excommunicated. Cardinal Timothy Dolan, archbishop of New York, has publicly condemned the law and criticized Cuomo, but the cardinal has thus far resisted calls to excommunicate Cuomo, calling it “counterproductive.” Other Catholic bishops and canon lawyers, however, have been more vocal.

Msgr Pope speaks the truth with clarity. May Catholic leaders throughout New York take action. Infanticide is a crime against LIFE that will reap God’s Wrath.
Catholic Abortion Supporters Like Cuomo Must Face Penalties https://t.co/5ZQjF43Ibc

The Rabbinical Council of America announced it opposes the new abortion law in New York. Glad to see this. pic.twitter.com/PuKtuEvBAd

Rev. Franklin Graham, son of the late Rev. Billy Graham, asserted in a January 28th Facebook post, “The legislators that pass these laws will have to give an account to God for every murdered life one day. May God have mercy on our nation.” In a subsequent post, Graham, a non-Catholic, also urged Cardinal Dolan to excommunicate Cuomo: “Whether it moves the governor’s calloused heart or not, it will have a great impact on not only the church in New York, but on the church worldwide. My question would be—if the church loses their moral voice, then what’s the use? It’s about standing for right over wrong, good over evil.”