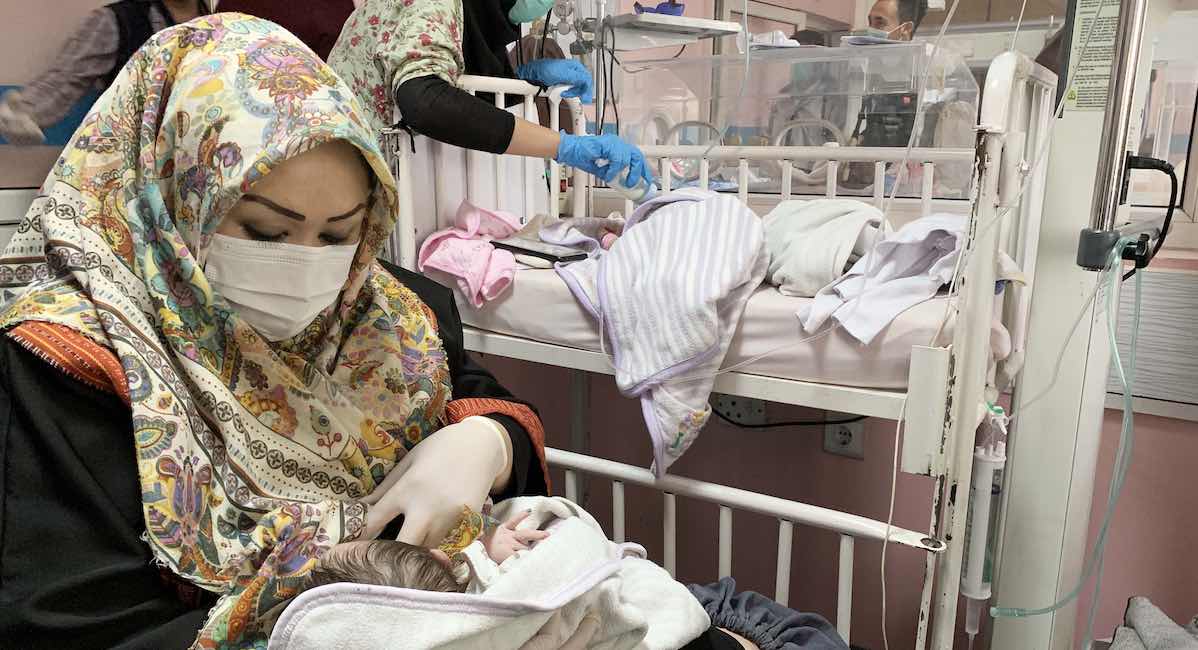 A devastating terrorist attack on a hospital in Afghanistan’s capital city of Kabul left 24 people dead on Tuesday, most of them new or laboring mothers.

During the morning, three gunmen dressed as police officers stormed the maternity ward of the hospital, which is run by the nonprofit group Doctors Without Borders. One of the victims was 31-year-old mother Suraya Ibrahimi, who had just delivered her fifth child, according to the New York Times.

In her professional life, Suraya was a military officer stationed at the Military of Defense headquarters. On the day of the attack, she was alone at the hospital with her newborn baby since husbands had not been allowed in because of COVID-19 precautions. Her baby survived. Eyewitness accounts tell of another woman who was found lying in her own blood, shot to death with her baby still alive in her arms.

In all, two babies were killed and 18 others were transferred to the intensive care unit of another local hospital. The attack lasted several hours and ended with all three militants dead. Afterwards, a community elder read the names of the identified women and whether they were dead or alive to a frantic crowd of family members gathered outside the hospital. The children had not yet been named, and were referred to as “child of” the mother’s name.

#Kabul: Ministry of Interior says special forces have arrived in the area & clash is ongoing. So far 72 civilians, including women & children, have been rescued from the #hospital under attack. pic.twitter.com/0q4Vj3Q1gc

Responsibility for the attack is unclear, with some news agencies suspecting a local chapter of the Islamic State (ISIS) which has targeted minorities like those living in the neighborhood of the hospital. Others are blaming the Taliban, which has ramped up terrorist attacks in Afghanistan since signing a February peace deal with the United States. Neither faction had claimed responsibility for the attack as of press time.

Doctors Without Borders noted in a press release:

We mourn the loss of several patients, and we have indications that at least one colleague was also killed. For now, with so much uncertainty, every effort is being made by our medical team to follow up on the newborns in the maternity hospital to ensure the best possible care for our patients and for those injured, to provide psychological care to affected staff, and to provide necessary support to those bereaved.

While the attack was ongoing yesterday, one woman gave birth to her baby. Both survived and are healthy.

Human rights organizations and government officials around the world are calling the brutal Afghani maternity clinic attack “terrorism” and a “war crime.” The attack was an act of wanton, unprovoked aggression on the vulnerable and defenseless, at a time of heightened vulnerability. Every aggression against innocent human life, from conception to natural death, should be condemned.